Home / Reflections / The Day of Reckoning 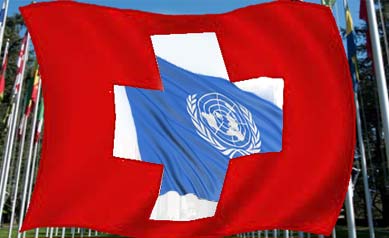 The Day of Reckoning 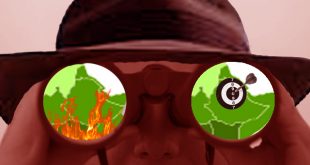 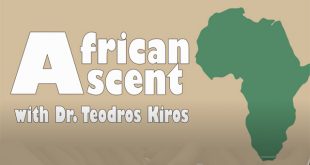 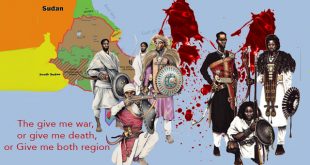 It will have been a year on June 23rd since the UN-appointed Commission of Inquiry on Eritrea (COIE) presented its first report on the human rights situation in the country. The report documented personal testimonies from hundreds of victims and witnesses of a range of human rights violations committed by the Eritrean government “on a scope and scale seldom witnessed elsewhere.” Having unanimously endorsed the report, the UN Human Rights Council (UNHRC) condemned the regime and extended the mandate of the COIE for another year requiring it expressly to: “investigate systematic, widespread and gross violations of human rights in Eritrea with a view to ensuring full accountability, including where these violations may amount to crimes against humanity.”[1]

The COIE (eager to fulfill its mission) and the Eritrean regime (determined to display its defiant reaction to it) have been on a collision course ever since the commission took up its latest mandate. The momentums that the contending parties have been building in the process will inevitably clash in the weeks that straddle June 26, 2016 – the much awaited date when the COIE are scheduled to submit their second report to the UNHRC. That clash is expected to trigger a political firestorm between the protagonists and their respective supporters. It remains to be seen what to make of the pieces that will be picked up when the dust finally settles.

Both the establishment of the COIE and extension of its mandate represent an advanced stage of international efforts aimed at ending the brutality of the Eritrean government and seeking justice for its victims. This is a long-standing human rights crisis that is coming to a head, and a review of its genesis and evolution would be in order. But in the interest of brevity, only the key events of the process will be highlighted here.

Since 2001, mainstream media have been reporting on Eritrea’s disturbing pattern of unmitigated political repression and horrific human rights violations. Through its Universal Periodic Review (UPR) mechanism, the UNHRC had earlier made recommendations for ameliorating human rights violations in the country, but the regime failed to take heed. A decade-long human rights activism finally generated a critical mass of international support which prompted the UNHRC to act: A Special Rapporteur (SR) was appointed in mid-2012 and, two years later, a three-person COIE was established to investigate the human rights situation in Eritrea.

An Isolated and Combative Regime

One would have expected the government to have seized upon the appointment of the SP as an opportunity to constructively engage the UNHRC and perhaps agree on phased implementation of key UPR recommendations. Instead, the government chose the path of confrontation and greeted the appointment of the Rapporteur with hostility thereby barring her from entering the country to exercise her mandate. Regime authorities claimed that the UN agency’s standard mechanism for Eritrea is “politically motivated” and branded its information-gathering process “political witch-hunt”. Paranoia led them to imagine an international conspiracy seeking regime change in the country, and to feel anti-Eritrea animus emanating from pretty much the rest of the world.

The imminent release of the Commission report in June 2015 not only intensified the regime’s vitriol but also triggered mobilization of its supporters in the Diaspora. The regime’s embassies and PFDJ offices in Europe organized and funded the busing of hundreds of supporters from across the continent to Geneva to protest against the COIE whom they accused of being “a tool of the US government” and branded their findings “fabricated lies.”  In a display of behavior that bordered on hooliganism, supporters harassed anyone that did not share their views. Even members of the Commission were not spared the group’s hostility and were “subjected to various threats and acts of intimidation in their hotel and in the streets” in Geneva.[2]

Escalating Confrontation with the UN

In the year since the COIE’s mandate was extended, Eritrean authorities have stood firm in their refusal to let commission members into the country. Yet, they continue to fault them for reaching conclusions about the country’s human rights situation “without having set foot in the country!” But beyond its confrontation with the UN agency, the regime has been working on a project for escalating its stance of public defiance.

Documents recently leaked from Asmara exposed a government plan for an international campaign aimed at collecting COIE-denouncing statements from 300,000 Eritrean exiles in 25 countries. The document “shows in detail the clear line of control from President Isaias Afwerki and his closest circle of advisers, through the embassies and into the ruling party’s network in each country, to members of the Eritrean exile community.”[3] The campaign also includes mobilizing regime supporters in the Diaspora to stage anti-COIE rallies in the days leading up to the release of their report.

Whatever number of signatures the campaign generates, it can only be testimony to the level of fear and control that the regime’s surveillance network maintains over the Diaspora and refugee communities. Challenged by the UNHRC on their governance, Eritrea’s despotic rulers sequestered their already-muzzled population to prevent them from telling the truth. They then scoured the world for vulnerable Eritrean refugees (who fled the country to escape the regime’s brutality), and exacted their signatures through coercive tactics: threat of retribution against family members; denial of critical services needed to secure/maintain residence.

The Battle for the Truth

The Eritrean government aims to turn international public opinion against the COIE by launching a campaign it hopes will undermine the veracity of the Commission’s findings and the validity of their conclusions. But, the international public is too well-informed about the realities of Eritrea and its authoritarian system to fall for such manipulative charades.

Both in the logic of the objective(s) it seeks to achieve and in its timing, the government’s latest campaign is incongruent with the transparent, multi-staged mechanism with which the international community has been assessing the country’s human rights crisis. Documenting 300,000 citizens who were not victimized by the regime cannot conceal the fact that there are thousands others who were! Eight hundred of them did come forward to freely give the COIE personal testimonies of their brutalization at the hands of the regime.

But even more critical to the case is the fact that the regime is essentially trying to fight a battle it had already lost. A year ago, both the UNHRC and the Third Committee of the UN General Assembly unanimously approved the COIE finding that “systematic, widespread and gross human rights violations are being committed in Eritrea.” The UN effort has since moved on to the next stage of the investigation where the commission has been working to establish the criminality level of, and accountability for, those violations. That task has just been completed, and the day when the verdict on both of these issues will be delivered – the Eritrean regime’s Day of Reckoning – is finally upon us!

The European Parliament recently noted with grave concern the activities that the PFDJ’s youth organization carried out in the Netherlands early this year with the support of the political leadership in Asmara. Those events have clearly demonstrated the length to which the regime and its clandestine political network in Europe will go to silence their critics.[4] Many are fearful that the regime’s agents provocateur may instigate hostility and intimidation during the anti-COIE demonstrations that government supporters plan to stage in the coming days. It is in the interest of European countries, and of Switzerland in particular, to ensure such will not be the case.

European governments must draw lessons from the Dutch experience and from last year’s Geneva incidents and heed the recommendations that the European Parliament issued in its March 2016 historic resolution on Eritrea. That resolution “Urges the EU Member States to investigate the role of the PFDJ and its various wings, including the youth wing, and to prohibit all forms of association and activity that directly support control and surveillance exercises in Europe, undermine democratic principles and the rule of law, and create patterns of intimidation and extortion; …”[4]

Too much is at stake to let the Eritrean regime have its way in Europe this time around! 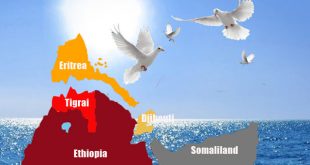