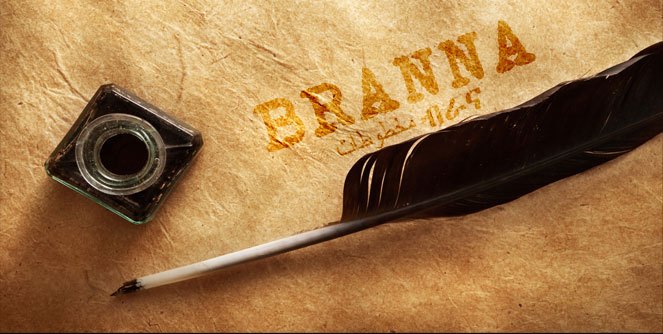 Every year since 1991 Isaias Afwerki conducts diatribes and sheds false tears to commemorate our martyr’s day. And sadly enough, some websites advertise this fiasco.

Nowadays people only know of Isaias based on what he did to his “closest” compatriots. I say closest because a sadist does not have true friends or team mates. If he “has” he will hoodwink and use them. But that’s all. A sadist sees other human beings as tools to be used and discarded. Even during the revolution how many became “close” only to be consumed later and how many were far only to be drawn closer latter.

Not many people keenly observed what he did in 1991 that clearly showed his sadistic behavior. When Eritrea and Asmara as such was liberated, instead of arriving to Asmara by LAND, the land in whose bosom were the Martyred, The heroes, The Everlasting Flowers of our pride he chose to fly in Sudan Airways to come to Asmara, a clear indication of his disdain to the martyred and the blessed land. Yes it is symbolic but what an honorable Symbol would have been to walk (even to drive)!! But not to Isaias, the sadist.

Another event was his first speech after independence at the former Queen Sheba Stadium when he condemned half of the Eritrean population and Martyrs by saying they belonged to a “Wrong principle thus will be welcomed only if they repented”. A true revelation that he reveled and declared himself to be a god . Idris Hamed Awate was  wrong! Saed Saleh was wrong! Weldedawit Temesgen was wrong! All the ELF’s tegadelti and Suruat were wrong. I was wrong.

To write and tabulate the proofs to the heinous crimes committed by this sadist Isaias would be an enormous task but it is suffice to mention the crimes he committed against many patriots when they were alive whose sole crime was to ASK, to KNOW, to POINT at MISTAKES, to SUGGEST improvements. Nothing less nothing more.

Unseen and Unheard before in our history and culture to kill innocent women (Dehab and Aberash in Menkae to mention two); to scald prisoners with boiling water (Wedi Libsu to mention one); to burry suspects alive ( to mention Municipio), to utilize torture techniques in all Halewa Sewratat that in comparison will make Abu Guraib and Guantanamo Bay prisons feel and look like Eden. And all these were from the direct and sole orders and participation of the sadist, Isaias.

To those who do not know the history, Isaias had the sole and absolute control of  FOUR areas of his organization. By absolute, I mean Absolute!! No Mesfin Hagoses, No Ibrahom affas, No Petros Solomuns, No Berhe Tsaadas, No Sebhat Efrems, No Solomon Weldemariams; No Haile Weldetensaies, No Wedi Fenkils, No Omaros, No Romadan HamedNurs, No Romodan Awliases, No Body Period! even had an Iota of say on these sectors of the organization: Finanace ( Genzeb – incoming and outgoing), Communication( Kifli Radio); Security (Halewa Sewra) and Supply ( Imdad).

No one was allowed even to ask innocent question whether Tera Tegadalai or any Halefti like “are we ok with Atswar?” “Do we have enough money to fight?” “ How much money do we have?”….

The rules were clearly written and read and re-read at every meetings (akebatat) to everyone that who ever asked such questions was to be sent to Halewa sewra and punished up to and including death. No exaggeration!!

So the organization was run by one sadist who was the sole and absolute lord of all its existence!

Take the Halewa Sewra for example. All the officers were hand picked by Isaias based on their sadistic behavior or coach ability to sadism. He will personally show them some techniques and also encouraged them to come up with new torture methodology ( in the southern front(Ala) a technique was invented: to make stand the accused three feet from a blank  6  feet wall for 4-6 hours daily during the hottest periods of the day 10 am – 4 am. The accused was not to move any part of his body even if he was swarmed by mosquitoes or flies and if he/she did, 40 lashes of stick rained on them).

Of course, the life span of these selected or coached sadistic torturers ( Halefti Halewa Sewra) was determined by the boss himself: when they start to show motamorphosic changes ( some are human) or if they know too much! ( Solomon Woldemariam? Haile Jebha?)

Some people will question where did Isaias got time to do this?

The truth is, Isaias never and Never participated in battle field (the only exception was at Geregir in 1972 and even then he was laughed at by tegadelti for his unmilitary bravado- “he was shooting while standing”. Of course, he never forgot the shame and one by one those who mocked him were eliminated ( Mussie from Menkae to mention one). He also Never ventured away from Sahel and Semhar ( a little part of it). He was like a Mystic who traveled alone in a restricted albeit safe area all by himself. Out of this came a legend: Isaias never took Atwaf…he is daring…he travels alone by himself…What people do not know is that the area was well protected and safe for him to conjure his sadistic dreams.

One day in 1975 a friend of mine a veteran but now martyred hero told me that Isaias always carried two containers ( Brashos) with him: one full with sugar and the other with honey. I knew that this hero will never lie because he was also an admirer of Isaias. But I took the matter into my heart and I wanted to prove it. It happened at the end of 1975 when I was selected to participate in the 2nd round of cadre training. With my own eyes I saw those two Brashos!!

I met and made acquaintances and friendship with many heroes like Berhe Tsada; Haile Weldemichael; Ibrahim Affa, Mesfin Hagos, Haile Drue , Solomon Weldemariam, Petros Solomon, Sherrifo, Dr. Iyob Ghebrelul, Mehari Sheka, and in Jebha with Saed Saleh, Woldedawit Temesgen, Melake Tekle and many others but I have never seen like a well Oiled ,Groomed and Dressed person like Isaias Afwerki was During those trying times when Tegadellti ( both Halefti and Tera) have to go without proper attire ( lice infected dress and no under ware were common)  and a haggard body with prematurely grayed hair and sunken chicks was the norm!!!!

Against all statistical odds Isaias after more than 35 years came out of the cruel and long revolution unscathed, with no bullet mark, un-grayed hair, and well built body. The first to notice these facts was a western journalist who interviewed Isaias in 1991, just days after Independence, and wrote that the distinguishing feature of Isaias were his hands: they look like a Pianist hands- well treated, well creamed and well oiled!

As for controlling Kifli Radio and hand-picking operators it enabled him to eavesdrop on every one of his subordinates and track their lives. He was also the sole creator and developer of the codes. This also enabled him to clearly spy on his victims.

Some might say “how did his comrades did not notice all these evil deeds?”  I will answer this indirectly.

Jeffrey Dahmer, in his hay day of killings, kidnapping; photographing and videotaping dismembered body parts and eating his victim’s bodies had masterly avoided the law enforcement officers. These experts were on numerous occasions informed of suspicious activities and the stench that emanated from his apartment and had actually confronted the sadist perpetrator red handed. But on many occasions he was let go loose because the law enforcement officers ( well trained and well intentioned) were blinded by Dahmer’s looks ( Blonde, Blue eyed), demeanor ( always smiling) and looks ( tall, skinny and well built).

We have some among us who still believe that Isaias is what Eritreans need. They say these for different reasons. Some say because they are benefiting from his cruelty. Some are deluded by his nature and they swear of his “equitability” confusing his indiscriminate behavior. Some think that he favors them because he is Hamasienai.

Some oppose him from erroneous beliefs. Some oppose him because they think he disfavors them( Akeleguzai, Seraie, Metahit especially Barka and Senhit).

All of these are wrong.

A Sadist is like a vulture. A Vulture will eat anything on its way be it cow, chicken, human body, lion’s corps etc. It does not discriminate the location of its pray be it in Barka, Senhit, Sahel, Semhar, Denkel, Akele, Seraie, Hamasien. And as such, Isaias doesn’t favor anybody from some other body be it a veteran, a warsay ykealo, a priest, a patriarch, a friend, a collaborator, a son, a wife, or a father. Period.

Those who think the present court jesters ( Generals, ministers, advisers) will remain his favorites until death are wrong. They only have to look back not long time ago. These yes men are sitting ducks for the sadist.

But I will admit that some will go with him all the way to hell like the Berias of Stalin and Goebles of Hitler. But who cares!

At conclusion this is what I want to say: every time Isaias talks about our heroes and martyrs, please do not hear or read what he say because you do not want the name and deeds of your martyrs be uttered by the mouth of the evil sadist Isaias Afwerki.

Isaias Afwerki does not belong to us. He belongs to the dark world which is alien to normal people but is inhabited by the Neros, Stalins, Pol Pots, Hitlers, Mengistus etc.

I will leave you with a short story of my favorite writer Franz Kafka.

Here is the story in verbatim:

A Vulture was hacking at my feet. It had already torn my boots and stocking to shreds, now it was hacking at the feet themselves. Time and again it struck at them, then circled several times restlessly around me, then returned to continue its work. A gentleman passed by, looked on for a while, and then asked me why I suffered the vulture. “I’m helpless,” I said. “When it came it began to attack me, I of course tried to drive it away, even to strangle it, but these animals are very strong, it was about to spring at my face, but preferred to sacrifice my feet. Now they are almost torn to bits.” “Fancy letting yourself be tortured like this!” said the gentleman. “One shot and that’s the end of the vulture.” “Really?” I said. “And would you do that?” “With pleasure,” said the gentleman, “I’ve only got to go home and get my weapon. Could you wait another half-hour?” “I’m not sure about that,” said I, and stood for a moment rigid with pain. Then I said: “Do try it in case, please.” “Very well,” said the gentleman, “I’ll be as quick as I can.” During this conversation the vulture had been calmly listening, letting its eyes rove between me and the gentleman. Now I realized that it had understood everything; it took wing, leaned far back to gain impetus, and then, like a javelin thrower, thrust its beak through my mouth, deep into me. Falling back, I was relieved to feel him drowning irretrievably in my blood, which was filling every depth, flooding every shore.