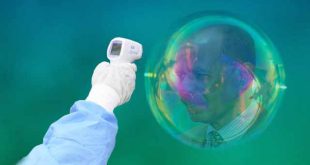 “Courage in a vilified enemy is a despicable discovery.” By David Mitchel

Events are happening so fast for those who choose stagnation. But change is governed by its own dynamic laws and no human force can stop it. In reverse chronological order the following events unfolded recently:

It was not long ago that we in the Diaspora lived consumed by fear as our haters are consumed by hatred now. Not only did we reside shrouded in fear but we were also dictated by it. We had to adjust our normal God-given way of free living and interaction with others to obey its whims. We even had to change the unchangeable: our names, beautiful names chosen and given to us by our mothers and fathers so that what we thought, wrote and disseminate will not be used against us. Call it cowardice; call it survival instinct but I believe we were subconsciously waiting for history to unveil itself thus absolve and liberate us from the grip of fear. For me the redemption and courage came from the creators of Awate.com.

How does it feel to hide or change your name because of fear? Well, you change your name; you change your identity. Alias might have advantages but it also has disastrous disadvantages, because to hide your name is unnatural or aptly to say, a taboo. Alias creates cognitive dissonance, an unbearable psychological condition. Embarrassment becomes your garb. Your true and natural behavior and personality falls into disequilibrium. You feel alienated and disoriented. Rather than real living thing you become an apparition. And worse you become susceptible to psychosis.

The perceived but true reason was the threat of the “long arm” of our enemy. We translated the “long arm” to mean instant and vicious punishment with no reprieve even if our thoughts and actions against them were peaceful and minuscule thus inconsequential by any standard human interpretation.

Our enemies would not tolerate an iota of deviation even if it was to their advantage. They were gods, and gods do not need advice. They were cult, and cults do not need interference. They were “immortals” who did not want any bothering by “mortals”. They are suspicious of any outsider or more aptly, an outside idea. To them, us those who opposed them, irrespective of our origin, intention and love of our country and people, were foreign, foreigners. We were cockroaches, undeserving to live or breathe [PFDJ’s savage dictum].

We experienced, knew or heard how brutal they were. We also experienced or knew how cowards they were. We knew how parasitic they were. But we also knew how dangerous parasitic cowards could be. Otherwise do you believe assassinating an innocent and unsuspecting person riding in a motorbike is the work of a warrior? Or do you think assassinating a kind person on his way to a child’s birthday party is the trademark of a hero? What about imprisoning helpless old people and pensioners? How about intimidating and enslaving innocent kids…I can go on and on to infinity? No. A thousand times No! But most of us believed it to be otherwise and we almost succumbed to our demise.

And the first victim to fall and vanish is fear itself.

What we are witnessing nowadays is freedom in action and reversal of fortune. You don’t have to look further than those who use aliases to besmirch out opinions and ideas whenever they get opportunity to reply. What goes around comes around. Let them test the bitter and unbearable life of an apparition.

Those who believed they were omnipresent and immortal never seem to grasp their folly. They would have been perfect recipe to Erasmus’ poetry. Those who blindly accepted the cult never seem willing to see light but how true it is when they said, “those who planted beliefs dominate the believers”. These believers will serve the implanters with blindness, hardness, shamelessness and stubbornness.

So what did we witness in New York?

Isaias, the implanter of rogue beliefs, was faced with a wall of reality: in it was written that he is not what he believed himself to be but an aging and soon to be forgotten tyrant. Isaias tried to outwit and overgrow power. But power is governed by its own rules: as it consumes the courageous dead it will not spare its bearer as well. He gave his speech at the UN to an audience in a a semi empty hall: no clapping; no shouting of support. To a megalomaniac that was a shock and death knell. This was followed by no interest or invitation from the big apple newspapers and TV networks.

The believers [followers] came in droves. Their coming to New York was not spontaneous. They were the select few [or maybe they are the only ones left supporting him]. Since cult does not approve unplanned events, the event was well planned ahead of time. Selection was made and the criteria were white blindness; rock hardness; disgusting stubbornness and utter shamelessness. One could easily detect it from the banners, T-shirts and slogans. They had numbers but at this age numbers alone do not count. Their numbers and empty bravado was also a sign of fear as a wild animal making guttural sound when most afraid. It is quality that mattered. Compare that to the demonstration by democrats and Freedom fighters in New York.

For these democrats, it was also a chance to prove beyond doubt, to show who they are and what they stand for. To tell the enemy that they are Alive and Existing! To tell the enemy, contrary to what the enemy preaches and spouts, they are not cowards [ferahat/hademti].

And indeed they stood their ground and proved their stance beyond any doubt.

Nature, always loughs at miscreants: it creates embarrassing situations. Did you see the movie or theater poster high up in the building where the believers were lined in the ground level to receive their implanter? The title in the poster says “Straw Dogs”. The believers were standing, shouting impatiently waiting under that poster. The title said it eloquently better than any explanation, so, I do not have to elaborate.

What about Yemane, our Saif-Al-Islam and heir apparent to Isaias? The prince-in-waiting? Well, he was chased by our youth and was really afraid. Chased like a jackal and run like chased jackal: with his tail between his legs. The good thing is he tasted the bitter taste of Real fear. He smelled the Real smell of change. Once change is in the air, to some it comes too fast and he is one of them. When you deny freedom to others you are not free. So what was he doing in a bar? Enjoying himself and his guests with 2% stolen taxes? Numbing his tortured soul with alcohol paid for with money amassed from slave labor?

What was he thinking while being chased?

Of course like a condemned man walking to the gallows or more aptly, like the Eritrean children who run away from slavery. His memory cassette was rewinding at high velocity and he might have been thinking of his beloved wife. Mind you: not the beloved wives of the downtrodden. Not the beloved wives of the Warsay/Yikealo. He also for sure might have been thinking about his dear children. Mind you: not other Eritrean children. Not the downtrodden children. Not the children in slavery. Not the children he constantly tramples.

How true it is when David Mitchel wrote in the Thousand Autumns of Jacob De Zoet: “courage in a vilified enemy is a distasteful discovery”. We are the vilified enemy and they never believed that we also possess courage. So the mob of the select few; the tyrant; the heir apparent and all their entourage left New York with bitter and killer taste.

On passing (without dwelling) I want to say something to the “Opposition To The opposition.” Their mantra sounds like saying, “let’s inherit the power with all its institutions and then we will turn it around.” For me this is nothing but alchemy akin to writing with inkless pen; plough with feathers; drawing water from a dry well or producing milk from a stone. It is time to stop being “prodigal sons” [in Tigrina we call it mhikal] because Time is running fast. You have roles, duties and responsibilities awaiting you, NOW! Alchemy never worked before and never will work in the future.