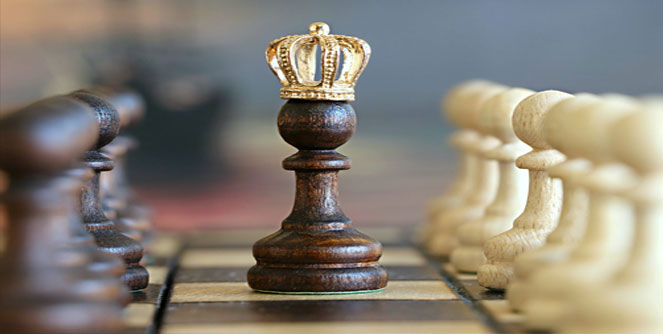 Th following is a comment at the Awate Forum in reply to Semere Tesfai’s comment linked here.

1. There is nothing irreconcilable between the “cultures, faiths” of Ethiopia and the Middle East. True, they are a sea apart (geographically) but there is much shared history, not to mention faith (assuming the Islamic identity of Ethiopia is not superficial) between the two. Irreconcilable would be, for example, capitalism vs communism or theism vs atheism. Abbysinia is simply the core of Ethiopia and to define Ethiopia by reference to “Abyssinia” is akin to foreigners referring to the US as “yankees.”

2. The rapprochement between Eritrea and Ethiopia is a rapprochement of governments and their supporters. Even the much ballyhooed “people-to-people” Eritrean cultural troupe concert now underway in Ethiopia is that between government employees. Almost all the Eritrean musicians are. Almost all who interviewed them are state employees (Ethiopian state media.) They are welcomed by government officials and hosted at government-owned facilities where they can sing songs of people prevented from entering Eritrea (eg. they sang Osman Abdulrahim’s “quxri slki.”) or Yemane Barya’s song welcoming the Eritrean National Assembly (now non-existent); how we conducted Hjum on the Ethiopian enemy (Zemach) or how we are few but we always defeat our [Ethiopian] enemies (wedi Tkul.) Peace–the absence of war, the facilitation of people and goods–is a great thing. But it is happening now for the same reason it was denied before: it serves the interests of the governments. And as such, it is not deeply-rooted. Because the culture of telling casual lies (we have assembly; we treasure all our artists; we are done with war) continues unabated. And will do so for as long as the culture of Isaias Afwerki reigns.

3. I believe your characterization of Qey Bahrachn (“our Red Sea”) as emanating from Tigrayan and Amhara elites is characteristically Eritrean and also wrong. Our (Eritrean) problem is we think anyone who speaks Amharic is Amhara. But this is our ignorance of Ethiopia talking. Some of the most militant Qey Bahrachn are not Amhara or Tigrayan: they are Gurage, Oromo (Team Lemma), Gamo, Weliyta, Sidama, etc. Since we Eritreans have had a long history of miscalculation (resulting in 20 out of the last 28 years in some kind of war or sanction or both), perhaps it is time for us to humble ourselves and acknowledge we don’t know Ethiopia as much as we think we do. The most relevant part (to me) is that the so-called Team Lemma (whose reform in Ethiopia I greatly admire) has been very coy about the Red Sea and very blunt about its ambitions to have naval forces. If TPLF said half the things Abiy and Lemma say, we would be filing complaints with the UN about how our sovereignty is being threatened.

4. Your assessment of TPLF (descending) is not supported by the facts. We can talk about the need for Eritrea to be flexible (theory) but the TPLF practices it: just yesterday, it reconciled with itself: members who had been arrested or kicked out in previous power squabbles were welcomed. In contrast, Eritrea’s ruling party is on a constant path of “Tesfiya” (purification): in his last interview, PIA stated that those who advocate demarcation and those who say “let’s learn from our recent history and go slow” are wiseguys and know-nothings who should be challenged. The same dismissal of different opinion. One thing the TPLF politics has done is remove the taboo of ethnic identity in Ethiopia so now you have the Amhara embracing ethnic identity (they have media called Amhara Media; political party called Amhara, etc.) Many of them are One-Ethiopia guys who firmly believe that (a) they never lost the war in Eritrea; (b) Eritreans ARE Ethiopians and (c) they have legal, moral, historical claim to the Sea. What is our argument to them: “Eritrea is recognized by the UN, etc, etc?” That’s it? Sounds a lot like what Eritreans used to say when you used to talk to them about the threat of Weyane.

5. Your “Ethio-Eritrean close relation is inversely proportional to the distance between Asmara and the dominant Ethiopian ethnicity in Addis Ababa (Menelik Palace) – the further the better” sounds like a neat Mathematical formula. Now all you have to do is support it with facts. Some would say Ahmed Gragn came from a very, very far place and many of our people (in the Eritrean highlands) have terrible memories of him. Abiy Ahmed’s hero, “Abba Jafer,” is from Jimma, not exactly next door to Addis, and he was not exactly Mr. Modernity. How do you know someone from Somali region of Ethiopia or the Southern part of Ethiopia is not going to be terrible for Eritrea? Yet another example of our terrible miscalculation based on untested theories? How is it that those most opposed to viewing things ethnically in Eritrea are very, very comfortable doing it in Ethiopia? Shouldn’t we base the firmness of our relationship based on democratic values and not what ethnicity people belong to?

6. With all due respect, of all your points, the most disheartening is your last one. This “lets put pressure on our government to pressure Weyane” thing. It is comical at so many levels (A.) We have no pressure mechanism over the government of Eritrea: we don’t elect them and they don’t depend on our donation. Unless running a count-down clock, Meskerem-style, is “pressure”; (B.) Abiy sees Tigrayan people as HIS people (one of the many reasons I am a fan) and he is not going to do anything that disrupts, inconveniences them. At a public meeting (in the US), he has said that is a problem that he is going to low-prioritize for now because, he said, it is also a problem for Eritrea; (C) Isaias has said this is not a priority for him now; (D) there is nothing in the Algiers Agreement or the EEBC ruling that prevents both governments to come up with alternative solutions so long as both agree to them and you can bet they will.

Is it lack of legal political pluralism in Eritrea that gets people all worked up whenever they read what they consider inconsistent points? For example, Rush Limbaugh who used to rail against executive overreach when Obama was in charge now supports Trumps executive overreach. In the same manner, it doesn’t surprise me one bit when those who were railing “DEMARCATION NOW!” when Weyane was in charge say “it is not a priority” now; and when those who were saying “it is not a priority” are now saying “DEMARCATION NOW!” It is called politics and there is an art to it. Those who were casually accusing any dissident of being a traitor are now being called traitors. C’est la vie.