Statement About The Addis Seminar

Posted on September 13, 2011 by Awate Team in Documents 2 Comments 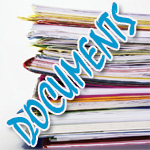 The Addis Ababa Statement of Eritrean Intellectuals Professionals and other interested individuals:

An Urgent Call to All Eritreans to Remove The Totalitarian Regime & Lay Grounds for The Creation of A Free, Just, Democratic & United Eritrea.

-Troubled by the deteriorating crisis in our country Eritrea that imperil the very existence of our nation Eritrea;
-Crestfallen by the, seemingly, endless suffering of our people inside Eritrea and the unprecedented flow of Eritrean refugees,
-Discouraged by the difficulty and lack of any movement for change from inside Eritrea;
-Emboldened by the growing number of Eritreans that crave for justice, peace and democratic governance;
-Inspired by the courageous history of our people to stand up against foreign occupation, injustice, discrimination and tyranny,

We, interested Eritreans, participated in a seminar organized by the Ethiopian Government in collaboration with the Eritrean National Commission for Democratic Change (ENCDC) in Addis Ababa between Monday 5 and Friday 10 September, 2011.

The rationale of the seminar was to:

-asses the worsening situation of Eritrea and its people,
-study the makeup of the Eritrean regime,
-evaluate the Eritrean opposition groups,
-gauge the Ethiopian policy towards Eritrea,
-strategize an action plan based on clear and unifying objectives that will help the Eritrean people to get rid of the current evil regime and establish a united, just and democratic Eritrea.

The participants agreed unanimously that the Eritrean people have been suffering beyond imagination under the evil regime of Isaias Afeworki.

Identifying The Source of Eritrean Predicaments:

-Eritrea is devoid of any characteristics of a government.
-Eritrea is run without constitution.
-Eritrea has no independent judicial system.
-Eritrea has no institutions of a State Government. Twenty years after liberation, the country has still no parliament that debates the national & international issues of the country. There is no institution that controls the president & the ministers (government). Eritrea has no known national budget.
-There is no Cabinet in Eritrea that is worth of its name. The “yes men” around the president allow him to run the country as his own property and treat the Eritrean people as his own servant,
-Even the PFDJ which is regarded as the only ruling party in Eritrea does not hold Congresses and elect its leaders.
-In Eritrea there is only a ruling clique. This clique has been running the country through extortion, intimidation, extreme oppression and extra-judicial killings.
-There is no freedom of expression in Eritrea. All independent journalists have disappeared in the countless dungeons of the country or into exile. Some of them have died in prison.
-Freedom of conscience in Eritrea is the conscience of Isaias. Those who think and believe differently than him are either dismissed (frozen), imprisoned indefinitely or killed.
-There is no freedom of religion in Eritrea. The ruling clique decides for you which religion you must adhere to. Eritreans, including the Patriarch of the Eritrean Orthodox Church, Abune Antonios are languishing in prison just because of their conscience and faith. Muslims, Christians and adherents of other religions have been arrested, tortured and killed. Adherents of the Jehovah Witnesses are denied Eritrean citizenship.
-Freedom of business, trade and “large scale” farming is only for PFDJ-cliques, PFDJ-businesses and those who fatten the ruling party with their contributions.
-The repressive regime has failed miserably in managing the diversity in Eritrea. For the regime diversity in nationalities, languages and religions is not a strength but a weakness that must be eradicated. Furthermore the regime misuses this diversity to create enemies and antagonism between the different nationalities in the country in order to survive and prolong its rule.

The very existence of Eritrea is at stake:

The regime survives by constantly creating national and international enemies. Since there is no parliament, independent media or other institutions to control the government; Isaias and his clique are involved in destabilizing neighboring nations.

To preserve this apparatus of repression and destabilization, the regime has created different military training camps, where the most productive part of our society – the youth – are kept hostage in an endless national service; University of Asmara is destroyed and is replaced with fake colleges that are run by military stooges of the regime.

The regime has transformed Eritrea into a pariah state. Our country has become one of the largest refugee-producing countries in the world. According to the United Nations High Commissioner for Refugees (UNHCR), almost 63.000 Eritreans applied for asylum in 2008, making Eritrea the world’s second largest refugee-producing countries. Hundreds of emaciated Eritreans cross the border into the neighboring countries every month. The history of the Isaias’ regime is full of denials and lies; it is only concerned with its power and not the well-being and sustainable development of its people.

The Eritrean social-fabric that helped us to stand together against foreign and natural adversaries, and to solve misunderstandings amicably is in the process of destruction by brutal totalitarian regime.

We agreed and asserted that:

-The Eritrean people are the ultimate owners of their destiny and they should be allowed to do that in a free and democratic environment.
-Eritrea is a multi-: ethnic, cultural and religious society and all Eritreans need to strive to create a free, just and democratic, united country where all Eritreans are treated equally and where the country lives at peace within itself, and with its neighbors and the international community.
-The regime is totalitarian, monopolistic, chauvinistic and inhumane, that does not represent any particular ethnic group.
-The importance of the strategic alliance between the Eritrean and Ethiopian peoples in the struggle for democratic change in Eritrea and for regional peace and stability.

Based on the above common understanding we:

-Designed strategies and tactics to enhance the struggle for democratic change, particularly in the fields of media, Diaspora and youth and formulated mechanisms to alleviate the plight of refugees,
-Appreciated and valued the Ethiopian Government’s commitment in very clear terms to the territorial integrity and sovereignty of Eritrea and its emphasis that it has accepted the border ruling of 2002 in writing to the Secretary General of the UN. The Ethiopian Government is ready to demarcate the border through dialogue so that both peoples will enjoy lasting peace.
-Cherished the rich Ethiopian experience in managing diversity that was shared with us through Ato Bereket Simon, the Ethiopian Minister for Communications.

1. The Role of The Eritrean Opposition We:

-commend everyone who have been struggling individually or collectively for justice, democratic governance and peace in Eritrea,
-encourage all Eritrean individuals, civic societies and political opposition groups to enhance their struggle to bring about lasting change in Eritrea by constantly assessing their mission, objectives/goals, strategies and tactics,
-commend the Eritrean Democratic Alliance (EDA) and those other political groups outside this umbrella organization for their tireless struggle to bring about change in Eritrea and urge them to redress the deficiencies identified and enhance their struggle,
-commend the Eritrean National Commission for Democratic Change (ENCDC) for their perseverance and for laying the ground, together with EDA, for the current seminars by the Ethiopian Government,

2. The Role of The Ethiopian Government,

-are very grateful to the Ethiopian people and their government for their magnanimity in admitting their past mistakes, for their relentless efforts to redress them and for their hospitality towards the hundreds of thousands of Eritrean refugees and other Eritreans in the country,
-are confident that the Ethiopian Government and the people of Ethiopia will never abandon the Eritrean people in these trying times.
-humbly encourage them to continue and enhance their support so that Eritrea regains its dignity.

We understand the concerns and even suspicions. However, we are convinced that positive engagement is the ultimate solution for any trepidation. That is the reason why many of the participants accepted the invitation by the Ethiopian government; and we don’t have any regret for doing so. On the contrary, we are very delighted and thankful for this wonderful experience. Our expectations are extremely high. We are confident that the EDA, the ENCDC and the Ethiopian Government (and its people) will not disappoint us. Qualms and paralyzing fears have been strengthening the Isaias regime in Asmara and have exacerbated the suffering of our people. We call upon these compatriots and other Eritreans to focus on the biggest enemy of the Eritrean people: the ruling clique. We call you in all humbleness to join the struggle. It is the responsibility of every Eritrean to shorten the unparalleled suffering of the Eritrean people and build bridges between the Eritrean peoples and neighboring countries; especially Ethiopia,

Your silence is benefiting the regime to further bleed the nation. Your silence is not the solution. We plead with you to join the struggle to remove the totalitarian regime and lay foundations for the creation of a free, just, democratic and united Eritrea; where the peoples of Eritrea can decide freely their own type of government. You might think you can get away scot-free through silence and looking the other side while your own people are suffering. This is self-deception. We call you urgently to take your own responsibility and to join us to bring about change in Eritrea that will help us to regain our dignity.

5. The Supporters of the Eritrean Regime

We don’t think you are ignorant to the ongoing and deepening suffering of the Eritrean peoples, your people. No family in Eritrea is unaffected by the failed and ruthless regime. You have been paying dearly to sustain a regime that despises you and your people. As our struggle for the independence of Eritrea has proofed beyond doubt, rest assured that the destiny of totalitarian regimes is the garbage heap of history. The destiny of those who support such regimes blindly is not something to be desired. We urgently call you to stop supporting this evil regime and we appeal to you to join the struggle for the good cause.

We urgently call upon all Eritreans to join the struggle for a sustainable change in our country. Eritrean individuals, civic society groups and political organizations must realize that it is up to the Eritrean people to choose their own type of government. With this understanding, all Eritreans should unite and work hard to eradicate the totalitarian regime and secure an environment where the Eritrean people can determine their own future without any foreign intervention.

This being the objective, the mission should be to create a united Eritrea where there is no discrimination of nationalities, religions, languages and regions. Our mission is indeed to create a county that is at peace with itself and with its neighbors, a country that is founded on democratic & accountable institutions rather than on the whims of egoistic and sadist personalities. We believe that the aforementioned are the only criteria to transform Eritrea from a nation that is a curse to its peoples into a blessing for all the nationalities, languages, religions and regions.

To achieve our objectives (get rid of the totalitarian regime) and attain our mission (a just, peaceful and democratic Eritrea where rule of law reigns), we must have a well-crafted strategy. A strategy is thoughtfully constructed, measurable plan, method or action that helps us to achieve our goal (mission, objectives) within a given timeframe. When executing the strategy with skilled and qualitative tactics, we ought to remain focused on the bigger picture and not get destructed by unnecessary squabbles.