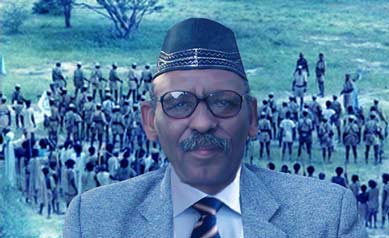 If the Sudanese authorities keep the promise they gave to different people, Hussein Khelifa, the leader of of the ELF, and Abdelah Hamdoi, a member of the leadership council of the same organization, are expected to be released from prison anytime.

One of the sources that communicated with the Sudanese authorities told Gedab News, “They have made a promise and I have no reason to believe they will not honor their promise.”

Since the two leaders were arrested on January 30, 2016, many people have intervened on their behalf and appealed to the Sudanese authorities to secure their release.

Over the last few days, tribal leaders from Eastern Sudan, as well as dignitaries and influential people in the region have been pressuring the Sudanese authorities to release the two leaders.

The Eritrean regime is known to have kidnapped many Eritrean dissidents from the streets of Sudanese towns with the cooperation from corrupt Sudanese security officers, who often arrest leaders of the opposition forces and hand them over to the Eritrean security across the border.

In mid-February, 2012, an Eritrean opposition figure, Mohammed Ali Ibrahim, a senior member of the Eritrean Peoples’ Democratic Party (EPDP), disappeared after he left his house in Kessala, Sudan. His whereabouts are not known yet.