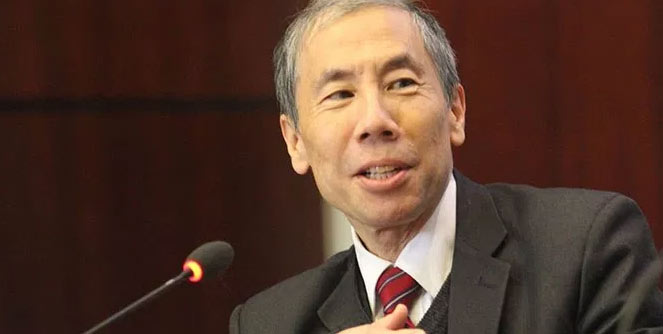 Gedab News has learned that Ambassador Donald Yamamoto, Principal Deputy Assistant Secretary to the US Secretary of State, will fly to Asmara next week to meet with Eritrean authorities.

If accurate, this would be a turning point in the relationship between the governments of Eritrea and the United States which has been going from bad to worse since February 2002 when the Eritrean government accused the US peace envoys to Eritrea-Ethiopia of colluding with Eritrean dissidents (the “G-15”) to “telegraph a message” to Ethiopia that they would remove the head of state, Mr. Isaias Afwerki, if Ethiopia would halt its offensive.

After the election of President Barack Obama, the Eritrean president had sent a letter requesting direct engagement with the United States but was reportedly unwilling to meet with “junior” officials.

As recently as June 2009, the US Secretary of State’s Assistant for African Affairs, Mr. Johnnie Carson, had complained to the Voice of America that he had left his passport at the Eritrean embassy in Washington, DC and it had been returned to him without a visa. Two months later, Ms. Hillary Clinton, the US Secretary of State, who was in Nairobi, Kenya visiting with Somalia’s embattled President, Sheik Sherif Sheik Ahmed, announced that the US would have no choice but to take action against the Eritrean regime unless it stopped arming Somali militants.

According to Johnnie Carson, (who, two months ago, gave a speech at GWU’s Elliott School), Eritrea’s president Isaias Afwerki had, contrary to his wishes to “engage” with the United States, “rebuffed” a phone call from Secretary of State Hillary Clinton.

The two countries have many open issues, not the least of which is the case of two US Embassy employees, Mr Ali Alamin and Mr Kiflom Gebremichael, who have been in jail since 2001.  They have not been formally charged, but within the circles of the ruling party, the accusations are that they were translating Eritrean opposition documents from local languages to English.

When the US State Department called on the government of Eritrea to release or bring to court the arrested, the Eritrean foreign ministry accused the US of employing the CIA to overthrow the Eritrean government during the Eritrea-Ethiopia war.

In August 2005, the Eritrean regime further arrested Mr Fitwi Gezae, who was the webmaster of the US embassy in Eritrea, and Mr Biniam Girmay who was its Facility Management Assistant.

After filing complaints that Eritrean officials were opening diplomatic pouches, the US embassy in Eritrea curtailed many of its services, including consular services, which have been resumed, on a limited basis, last month.

There is also the issue of UNSC Resolution 1907, which was passed in December 2009 with only one abstention (China) and one negative vote (Libya), imposing arms embargo, travel ban, and asset freeze on key political and military leaders of Eritrea.  Although the US has repeatedly accused the Eritrean leadership of being a spoiler and a destablizing force in the Horn of Africa,  it maintains that UN Resolution 1907 is an African initiative, which originated at regional and continental organizations.  The Eritrean authorities have accused the US, and the US only, of being behind Resolution 1907.

Ambassador Yamomoto has considerable experience with the politics of the Horn of Africa.  He has served as charge d’affairs for the US embassy in Eritrea; as ambassador to Djibouti and, more recently, as US ambassador to Ethiopia, where he also served as US representative to the African Union.  He has also served as Deputy Assistant Secretary of State in the Bureau of African Affairs where he was responsible for co-ordinating US policy in 20 East and Central African states.

Copyright 2010 Gedab News (awate.com). All rights reserved. This material may be published, broadcast, or redistributed with proper citation of awate.com or Gedab News. awateteam@awate.com