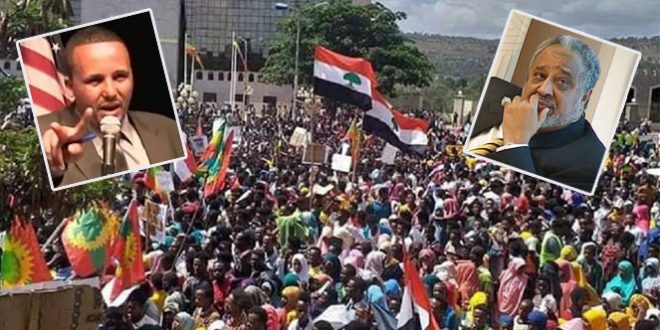 In 2015, the Addis Ababa city masterplan was at the heart of the popular protests that rocked the Oromia region and the Ethiopian capital city which, like an island, is surrounded by Oromia territories.

Since the fall of Emperor Haile Selassie in 1974, the size of Addis Ababa has expanded by over 1000% mainly over farmlands expropriated from the Oromia region. But the expansion in itself didn’t have much impact on the Oromo farmers whose ancestral lands were confiscated by conquering kings, who distributed it among their feudal allies and vassals. But the Derg regime that came took power in 1974, despite of its brutal rule, had benefited many farmers when it confiscated the land from the landlords and distributed it to the farmers following its policy of “Land to the Tiller.” In 1991, the EPRDF defeated the Derg regime but kept land ownership in the hands of the government. Just like during the Derg era, the selling and buying of land remained illegal, but the clandestine trading of land continued.

Though the EPRDF government continued the Derg land policy, it sold and distributed land to the private sector for commercial and housing development. Land allotment to individuals continued, albeit in an excruciatingly long waiting in line, which took years. But the demand for land was increasingly overwhelming the government that failed to change the land laws.

In 1991, half of Addis Ababa was squalor quarters and shanty towns bludgeoned by villagers migrating to Addis Ababa  for jobs. It became worse when the construction boom kicked off on land mostly bought from owners at high prices. Buyers and sellers would conclude the transactions outside the official channels reporting only a tiny fraction of the transaction price to avoid paying hefty sales and property taxes.

Moreover, after the death of Meles Zenawi in 2012, the capital city continued unabated, encroaching on Oromo land at full speed. Consequently, in 2016 the expansion ignited a popular Oromo protests to stop more housing and industrial development of Addis Ababa at the expenses their farmlands. Finally, the protests led to the resignation of PM Hailemariam Desalegn, and the eventual ascension of PM Abiy Ahmed who became the prime minister of Ethiopia, the first Oromo national to ever hold such a position in the modern history of the country.

However, now the government of PM is facing a new wave of protests in the wake of the government’s decision to distribute more than 50, 000 apartments some of which are built in Koye-Feche, a suburb outside the confines of Addis Ababa. Moreover, the suburb lies in the disputed land between Addis Ababa city administration and the Oromia region. Koye-Feche’s land was one of the causes of the 2015 protests that led to the 2018 changes in Ethiopia.

In October 2018, the Ethiopian government revoked land lease agreements it had signed with tens of investors and cancelled their licenses. Notably, the affected investors include Mohammed Al Amoudi, the Saudi-Ethiopian billionaire and owner of MIDROC-Ethiopia, the biggest single investor in Ethiopia. Due to the government decision, Al Amoudi’s company lost around 60 hectares in many parts of Ethiopia, as well as large swathes of land in the capital city.

The recent announcement of the distribution of apartments in the confines of Addis Ababa ignited a new wave of protest in many parts of Oromia. The protests started last Thursday and continued until Sunday, Marh 10, 2019.

The Oromo protesters consider the housing project the governments’ stealth way in trying to revive the Addis Ababa-Oromia integrated Master Plan that was the reason for 2016 protests which ushered the drastic change that Ethiopia has been going through since the spring of 2018.

The demonstrators who took to the streets last week claim, “the apartment project is built on farmlands after evicting thousands of farmers without proper compensation.” As a reaction to the recent Oromo protests, some residents of Addis Ababa held a large counter protest to speed up the distribution of the apartments.

In the recent protests and counter protests, the controversial issue of the name of the capital city was a prominent topic. It was Emperor Minelik who gave Addis Ababa its  name , but Oromo nationalists reject the name and wish to reinstate the old name of the city, Finfine.

The National Youth Movement for Freedom and Democracy, known as “Qeerroo” was behind the 2016 protests that was instrumental in bringing down the last Ethiopian government. Conversely, the fiery activist and a staunch Oromo nationalist behind the Qeerroo movement was Jawar Mohammed, the founder of Oromo Media Network, and the main inspirer of the Oromo youth. On August 5, 2018, Jawar who lived in the USA, returned to Ethiopia and received a hero’s welcome. According to reports, last week the “firebrand Jawar delivered a speech to the protesters in the environs of the capital city.”

This time around, the ODP (PM Abiy’s and Lemma Megersa’s party), as well as the OLF have endorsed the demands of Jawar and his Qeerroo movement. Both parties have stated their objection to the distribution of the apartments before the territorial disputes between the Oromia region and the Addis Ababa administration are resolved—the OLF considers the distribution of the apartments as unconstitutional.