Neither Free, Nor Fair: Just “Playing The Game” 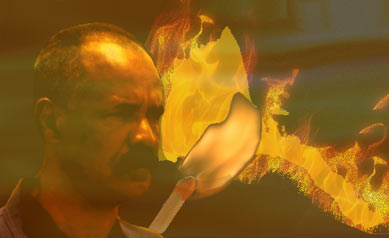 [We are working behind the scenes reviving the Tigrinya and Arabic sections of awate.com as well as reinstating the missing date from the archives. Until then, we present you this archived edition of The Pencil dated May 22, 2004. Awate Team]

Two years ago, almost to the day, UN’s IRIN interviewed Mr. Yemane Gebreab, PFDJ’s Political Director. One of the questions asked referred to the December 2001 elections (which were unceremoniously cancelled, with His Excellency Girma saying they weren’t and Yemane saying they were) and when the government intends to hold elections. Yemane Gebreab explained that there was an internal debate between two groups.  One was “a group of people who said this is again going to be an issue that is going to pester us, especially internationally. They said let’s get it over with, they were for playing the game” and another “who say why don’t we do it properly, having elections should be decided on the basis of the time needed to hold them properly.” The arguments of the latter won the day, claimed the Political Director. But did they?

Now that the government has announced it has completed holding its elections for the Regional Congress, it is fair to ask was this a case of playing the game or were the elections “free and fair”?  And what changed in Eritrea between December 2001 and May 2004 that made elections untimely then but necessary now?

The Cessation of Hostilities Agreement between Eritrea and Ethiopia was signed in June 2000; the comprehensive peace agreement was signed in Algiers in December 2000.  Based on its terms, the Eritrea Ethiopia Boundary Commission (EEBC) was formed and both nations submitted their claims by the due date, January 2001. The Commission had its first meeting in March 2001.  Between that date and December 2001, the two parties had filed their memorials, counter memorials and their oral arguments.   Between March 2001 and April 2002, the high-priced lawyers were fighting it out.  The EEBC rendered its ruling on April 2002, a ruling that remains un-implemented todate.

But on every count, the PFDJ has told its supporters, your arguments are hollow. The issue of demarcation is worse than it was in 2001: at least then there was an expectation that Ethiopia would abide by the “final and binding” agreement; there is none now. The displacedremain displaced; the people still face famine, the tension of the “no-war, no peace” is even more ominous and, with that, given that education is now militarized, even the incentives to improve one’s education, or literacy, are gone.  Every argument turns out to have been nothing but an excuse.  We don’t expect the PFDJ supporters to tell the government that its decisions are untimely; they will twist themselves out of shape to support the decision.

The Real Reason For The Delay

Joseph Stalin, one of the great engineers of the un-free and unfair elections, is reputed to have said that what matters in an election is not who casts the vote but who counts them.  Like all authoritarian systems, the PFDJ wanted to ensure that it sets the rules for who votes, who gets voted and who counts the votes.  The problem with the 2001 elections was not their “untimeliness”; the problem was that the electoral laws and the laws on political organizations and parties as drafted, were not sufficiently Stalinistic.

The delay in elections had nothing to do with demarcation, displacement, famine or literacy; the delay had everything to do with changing the political environment so that every vestige of opposition is silenced, arrested, disappeared or maybe even killed.  Consider the environment of 2001:

The PFDJ put a brake on the commission’s work.  Then, like a murderer who kills his parents then begs for the court’s mercy because he is an orphan, it explained that the elections had to be cancelled because the electoral laws were not ratified.

Mr. Ramadan Mohammed Nur, a person with a 30-year record of playing the role of the quiet ceramic, was thawed from his (in)voluntary retirement, heated, molded, and named commissioner in charge of drafting a PFDJ-friendly electoral law (actually, he was brought back to lend his name to a product that would come from the President’s office.)

In Romadan’s version, the eligible voter and candidate is someone that the PFDJ does not have objections to.     A person may be denied the right to vote or the right to run for office not because an independent court or just law says so; but because one man–ie. Isaias–or some flavor-of-the-month who claims to speak on behalf of Isaias says so. Supremacy is reversed from the law and the citizen to the PFDJ and its arbitrary whims.

Article 3.4 of the draft law on political organizations and parties stated that

What is the PFDJ without its army, security, police, and government institutions? It is just another organization that has to compete fairly with other Eritrean political parties and, given its disastrous record of governance, probably lose badly.  And what was the envisioned Eritrean political party?  Article 6 provided the answers to the leadership of a party and its composition:

Given Eritrea’s reality, the laws as drafted above were still not ideal, still not inclusive enough, but in the political environment of December 2001, perhaps a good start.  But they still had to be scrapped.  Once again, the “National Assembly,” a body that makes no effort to meet with its “constituencies” because such unauthorized meetings are illegal, convened to tell us that the “overwhelming majority” of the people that it doesn’t meet, don’t want political pluralism.  Judging from the expressions in the private press, the “overwhelming majority” didwant competitive elections.  “Notwithstanding the fact that, in principle, the formation of political parties is acceptable and constitutional, the issue, should however be postponed for the time being,” proclaimed the newly emasculated “National Assembly” in its February 2002 meeting.  This may sound reasonable except that, in PFDJ parlance, the “time being” could mean a year, a decade, or a century.  For example, regarding when the PFDJ would have its congress, its political director had said (same interview with IRIN): “before the end of this year at the very latest.”  This was in 2002.  Two years later, no congress.  The same “National Assembly” had “instructed” the Executive Office to make public the evidence against the G-15 — more than 2 years ago.  It is still waiting.

III.  But worse of all for a Stalinist mind, the December 2001 elections had assumed that the ratified constitution, guaranteeing civil liberties as well as a people’s right to hire and fire their government, was in effect. A cursory review of the draft law on elections and political parties shows that their reference to “law”, “court”, etc assumes institutions that would work consistently with the constitution would be in place.   But the PFDJ did not want to be bound by anything, not even a constitution it authored, that could challenge its unfettered power, even in 2002, many people would have accepted the drafted constitution, at least as a working paper. In 2004, the constitution has become just another useless paper.

PFDJ’s Chooses Itself Over Eritrea

Once again, given a clear choice between what is good for Eritrea vs what is good for PFDJ, the PFDJ selfishly chose the latter.   The regional elections that it is celebrating are neither free, nor fair.  The PFDJ alone decided who could vote. The PFDJ alone chose who could run for office. And the PFDJ, alone, will tell us who won and who lost.  And, if it chooses, the PFDJ alone can invalidate these “votes” tomorrow, or more likely, render the “elected representatives” entirely useless by denying them any power to do anything, freezing them or arresting them if they actually represent the people and not the party.

These kinds of rigged elections have long been discredited, as they do nothing but promote fear and cynicism and corrupt the political expectations of a citizen for years to come.  But the PFDJ insists that it is a mistake that has to be made, a rite of passage that must be endured, lesson that must be re-learned, even as it cripples Eritrea’s growth, and makes peaceful opposition all but impossible.  As far as it is concerned, they serve a purpose: the PFDJ thinks that it can now answer the question of “when will you have an election?” from the donor nations.   But the world knows the elections are neither free, nor fair and the PFDJ is just, in its own words, “playing the game.”  A game where it wins and the Eritrean people lose.  But not forever.