Negarit Of The Broken PFDJ Pot 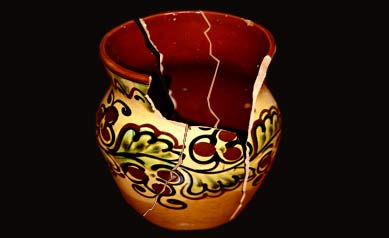 In reaction to an article about the Dresden demonstration in memory of the late Khaled Idris Bahray, and condemning his killing by racist criminals, a certain person wrote the following:

“RIP Khalid – I find Awate and the likes equally as responsible as the few German hoodlums in this type of brutal crimes. Awate and their sponsors have been pushing our young to leave their homes at any cost for greener pastures!! Awate -Shame on you – I know you will delete my comments but I am certain you will read it….Have guts and post it…why should any country be responsible for our people – they are leaving for economic reasons and no country should foot the bill.”

All PFDJ victims who left your country: don’t be angry. That is a sample argument from the Wedini PFDJ. They think the youth are escaping Eritrea in their tens of thousands because of “awate.com and its sponsors“!

Generally, the term Wedini and Skunis are associated with the drunkards and thugs in big cities; basically the two terms are similar to Lampen! Back in the day I heard the word “Lampen” from cadres who were influenced by the Red ideology and I thought it was the equivalent of the commonly used word, “”Skunis and wedini.”

I never bothered to understand Lampen beyond the basics until I read a Wikipedia entry that described it best: “Lumpenproletariat is a term that was originally coined by Karl Marx to describe that layer of the working class that is unlikely ever to achieve class consciousness and is therefore lost to socially useful production, of no use to the revolutionary struggle, and perhaps even an impediment to the realization of a classless society… The word is derived from German and literally means “miscreant.“”

Using the above description, here is what Skunis/Wedini (interchangeably) means:

“Skunis (Wedini) as a political term was originally coined by Saleh Johar to describe Eritreans who are unlikely, ever, to understand their diverse societies and are therefore unable to contribute to a meaningful reconciliation, are hindrance in the struggle against tyranny, and perhaps even an impediment to the realization of a just and free country. The words are derived from Italian and Arabic and literally mean, Ewala, saAlouk.”

Change the working class to middle class, class-consciousness to patriotic consciousness, classless society to a free society, and change proletarian to the citizen. There! You find that the Wedini culture is an impediment to a genuine struggle. It lacks clarity and expects quick and easy rewards. Ironically, that culture convincingly argues that development and democracy requires a lot of time to achieve, but conflictingly expects victory against injustice, and the quest for freedom, to be achieved in a fortnight!

Another trait of that culture is that it often thinks within a narrow parameters of interest, and then attempts to superimpose its convictions on the society that it wants to conform to specific whimsical prescriptions. That is why the Wedini culture has been an impediment to a meaningful struggle, and a hindrance that prevents Eritreans from vanquishing the blood-sucking PFDJ regime.

The Skunis culture never humbles itself, always driving the nation to the edges of an abyss and when others try to drag it back, it insists on leading the rescue operation. Somehow it always manages to commandeer the efforts of others, it always finds a way to expropriating everything and counter-signing the sweat and blood of others to itself or its wings. Surprisingly, somehow, the Skunis formula always succeeds in hijacking the struggle of others.

Before I go further, let me tell you a story: In grade 4 Memhir Basilos taught us the Amharic alphabets. Soon, we were reading a book entitled “Lemma Begebeya” followed by “Lemma K’Mohammed Gara.” The stories were so alien to the town that it earned one of the students a smack in the head by his father who thought it was a joke and blurted, “a few days ago you told me Lemma was in the market, what took him to a stroll with Mohammed?”

I am afraid when Isaias issues his next constitution I will be put in a position to exclaim, ‘you were just arguing for the 1997 document, what brings us to another copy!‘

If Lemma Begebeya and Lemma K’Mohammed Gara were confusing enough to the poor father, imagine the confusion to which we are being led. I bet there will be some suckers who will campaign for Isaias’ not-yet-created twenty-something page document.

The Principle of “Weed Out The PFDJ”

Our culture teaches that “Deeds are considered by intentions …” I believe the PFDJ is a cancerous growth in the Eritrean body and removing it saves the nation. Those who think the PFDJ can shed off its skin like a snake (when it is unchangeable, like that of a leopard), or are having difficulty identifying it for what it is, can keep trying to pump life into a mummy. That is why this is a Negarit of a broken PFDJ pot. It depicts the Irreparable PFDJ.

I really have no problem only that I think the reform strategy is an afterthought that will add more years to the vegetative state of the PFDJ, and force more years and more tasks on the shoulders of the opposition. I understand why politicians would do that, because principles are not compulsory in politics. But Activists and Thinkers!

The literalists do not approve of the “weed it out” proposition; I will settle for “Dismantle It” if that makes any difference, and if it will ameliorate their anxiety. I see no difference between the two propositions that don’t wield any threat on Eritrea, as long as we agree that the PFDJ regime embodies everything that is wrong in Eritrea, and remembering it, Eritreans will have nightmares for years, long after it is gone. But since those in the reform camp misconstrue the motive of the struggle for removing the cancerous regime, by appealing to the emotions of the gullible, I need to explain it clearly.

A system is basically the software that runs the regime, though it also has other useful software that runs with the main system, appended. The benign softwares are the asset of the nation and should only be disinfected by removing any lurking viruses, and reloaded. Software with malicious viruses should be discarded. In the real sense, all public servants, those found to be an impediment to justice, those with blood soaked hands, and the corrupt, should be removed. The clean autocrats should continue their service in a new environment, driven by new software.

As far as the army is concerned, it should be transformed into a national army as opposed to a partisan militia, and restructured after it is rid of its corrupt and criminal elements.

An Impediment To A United Struggle

In a series of speeches in Australia between December 2012 and January 2013 I stated the following:

The current impediment within the opposition is the two diametrically opposing views: reforming the regime, vs. completely dismantling it. A few people I know strongly objected to my depiction of the situation and criticized me for raising a non-existent problem! But less than a year later, my diagnosis proved right when a wing that openly advocated for reform began campaigning for that goal (it has been around since 2002, intermittently). I believe the opposition has one major problem: how to define the regime. And that is a hazy situation that is preventing focusing on the main target. It’s the cause of opposition’s predicament.

Undoubtedly, we also have a myriad of national social problems, but that is natural and I am confident that utilizing proper mechanisms, such as resorting to Eritrean traditional conflict resolution tools, and carrying out serious political discussion between stakeholders, and positively mobilization the society, would certainly help us find a short-term and long term solution for our problems.

Leaving aside the insinuations of leaders of groups who imply that they are the natural political leaders of any change that comes from inside Eritrea, those who insinuate that they are the only Eritreans with connections inside Eritrea, and dealing with other Eritreans as if they are foreigners hailing from Siberia or Mozambique, many Eritreans feel that the dynamics inside Eritrea will bring about the needed change. I hope that happens by the conscious officers within the army whose members are major stakeholders, and their future and that of their people depends on a fair and just system. Change might also come with a combination of other factors, though it’s unlikely. But however it comes, it should lead to an equitable system.

Power grabbed by the gun tend to intoxicate people and they might have second thoughts about yielding power to the people, and there is fear that the new power structure might inherit the bad traits of the current regime. In that case, all the struggle Eritreans waged for years would be in vain and they would embark on yet another phase of struggle and chaos. I hope the threats to stability would be ameliorated, and the system including its paraphernalia, all symbols of tyranny, are weeded out completely–I don’t think anyone would have qualms about dismantling an Eritrean version of the Ethiopian Derg.

Weeding out the corrupt PFDJ dictates that everything it expropriated with impunity, from the state and individuals, be transferred to a custodian entity until an elected body of representatives, assisted by skilled technocrats, decides its fate and how it is returned to its rightful owners. What is left should be managed equitably.

Anyone who had an affiliation with the PFDJ or its predecessor must have the right to be affiliated with any party or create an association. No one should be denied that right–including PFDJ suspects who are acquitted after a hearing and a decision by a competent court.

If anyone has lack of clarity on how it is done, they should refer to how the EPRDF and the EPLF dismantled the Derg structure–at least that is how I see it though some would like to purposely confuse it with how the Derg uprooted the Haile Sellassie regime. Far from it, even the Derg was a product of the times, though both communists and right wingers are naturally violent. In 1974, the violent Haile Sellassie met the violent Derg. In our case, we just have to repeat the steps taken in 1991 against the Derg, to cleanse the country of the PFDJ stains: Justice seekers are determined but not violent.