In Civilized Germany The Perpetrators Will Be Tried

Posted on January 21, 2015 by awatestaff in Articles 30 Comments 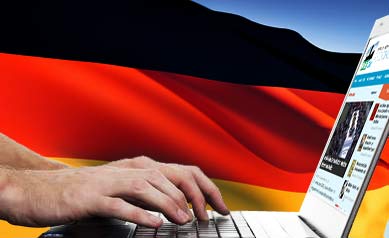 Dear all, thank you for your replies to my comments. I have seen another Michael posting here who made some controversial statements about this site being as responsible as the criminals who killed the innocent young man. In order to make it clear that I’m not the same person I changed my name to Michael1. Let me again condemn this horrific crime and I have confidence that in a civilized country like Germany, the perpetrators will be tried and serve time in court and prison. After all Germany is a country where there is not only prosperity, but also rule of law. Surely one of the reasons refugees like this young man above fled to this country. I want to respond briefly to each of the people that replied to me in one single post if allowed.

Response to Saleh Johar: I could not agree with you more on your first graph. I support legislation that will curb the huge flow of migrants we see coming to countries like Germany. I support people who rally behind that cause in a peaceful, respectful and civilized manner. Your other statements however are dishonest and seem to put the blame on the West when it comes to all! conflicts worldwide. Certainty one cannot emphasize enough the malign and harmful role some Western countries have played in Syria, Libya, Iraq, Afghanistan just to name a few countries. I remember protesting against the war in Iraq in 2003 and the Libya war in 2011 and was glad that Germany did not participate in both those wars. But the imperialism, or harmful foreign policy of some countries does not oblige all Western countries to let anyone in that manages to wash upon the shores of Lampedusa.

Sweden is another country that opposed the Iraq war and is not even part of NATO. They however did feel the consequences of that war as tens of thousands of Iraqis fled to Sweden a land which had not part whatsoever in that conflict. And Eritreans are not fleeing due to the harmful policies of Western countries are they? This country fought for twenty five years to free itself of its neighbor Ethiopia only to find itself in a similar situation of poverty and oppression. I’m sorry for the dictatorship in Eritrea, but it is not Germany’s business to enforce the government there to change whatever policies are causing the people to flee. The biggest part of the problem in Eritrea’s case is the government and perhaps (part of) the people. Therein lies the solution.

Response to Semere Andom: Trade, education, access to markets (both ways) would of course entail some migration of traders, businessmen, exchange students and diplomats, but that would not result in the level of immigration we see today. How is that a double standard? Your attempt to blame colonialism for the woes of much of Africa is a distorted view at best and downright false at worst. Was Ethiopia ever colonized? If not, should your excuse not imply that Ethiopia would be (one of) the most prosperous countries on the continent instead of a basket case for so many decades? Eritrea was colonized by the Italians for only half a century. In those fifty years the Italians build the first railway line ever, further developed and maintained the ports, designed many of the cities and towns, designed and built the highway network that Eritrea still uses to this very day. The Asmara-Massawa highway and railway are engineering marvels that after a century are still benefiting Eritrean society. Perhaps you should take that into account when mentioning the ‘sharing’ of Italy’s wealth, Eritrea was catapulted into modernity due to the brilliance of Italian engineers and architects whose wonders are a huge advantage to the Eritrean people for many years to come. Surely the Italians did not build that for the benefit of Eritreans, but due to their attempt to take over and possibly settle Italians there, but all that did not happen. There is no (significant) presence of Italians in Eritrea today am I right? The language is hardly spoken, the religion (Catholicism) has hardly managed to overtake Orthodox Eritrean Christianity, so Eritrea in short has the pro’s of colonialism (roads, hospitals, schools, railways etc.), but not the cons (cultural imperialism, dominance of a foreign language, lack of self knowledge).

Besides when mentioning colonialism, could you tell us what countries Sweden, Denmark, Norway, Finland, Czech Republic, Slovakia, Poland, Austria, Slovenia etc. colonized in Africa? None of course, so by your logic should a country like Sweden be absolved from the obligation to share her wealth with immigrants (mind you Sweden has the highest number of refugees in Europe per capita)? Colonialism is an excuse used by these countries to explain their failure. There were plenty of countries in South East Asia that were colonized and managed to achieve great economic success.

Response to Seare: Dresden has no significant population of foreigners (I believe somewhere in the single digits), however as you are aware Dresden is part of Germany, which is part of Schengen and the EU. I don’t believe an Eritrean can assume German identity anymore than I believe a German, Korean, Chinese, or Swede can assume Eritrean identity. If you were to walk in Seoul (Korea) were you to ask the people whether they can ‘identify’ Korean identity? If Eritrea would overcome the difficulties it has now (and I wish it will, not only for my interest but for the good of Eritreans) and prosper economically and tens of thousands of Taiwanese would migrate and demand not only to be accepted, but accepted as Eritrean, with Eritrean nationality, the right to vote in elections, with access to Eritrea’s financial resources but at the same time make clear that they want to preserve at all costs their Taiwanese identity would Eritreans welcome them with open arms? Would Eritreans not question whether this culture that is so alien to Eritrean ‘identity’ belongs in Eritrea instead of Taiwan? And if that alien culture and ‘identity’ would come in numbers that would be so large it would pose a demographic challenge to the native Eritrean population, would that not seriously undermine Eritrean ‘identity’? Of course it would and Eritreans would oppose it and rightfully so. Perhaps a small influx would be accepted, but the concept of allowing a culture and group that deviate so much from the Eritrean ‘identity’ is so radical and extraneous the people would not buy it.

Response to Horizon: I have additional banners of “Eritrea for Eritreans only” and “Japan for Japanese only” surely you can agree to that. Germany was not rebuilt by Turks, Moroccans and southern Europeans, please do not make such exaggerated statements. Germany had a period where there was a deficit of low skilled workers and Turks from poor villages in Anatolia gladly lined up to fill this deficit, given the good (especially compared to their home countries) payments they received. These work migrants were meant to stay temporarily. No one forced them to come to Germany, they were not forced to provide free labor and working conditions were not harsher than it was for their German coworkers. Germany’s giant economy is giant because it distinguishes itself in making high end products that require ingenuity, technical skills and a giant investment in research and development. The R&D centers of Siemens, Bayer, Fresenius, Volkswagen, Merck, Lanxess, Continental, Henkel are the main drivers of the German economy. How many Turks, Eritreans, or North Africans will you find there? I would advise you to go and take a look, but be warned though, you might be in for a surprise.

The people who kill and mistreat foreigners are criminals and should be held accountable. Your attempt however to categorize all opponents to mass migration as criminals, is disingenuous. Just like it would be disingenuous to call all migrants criminals and welfare leeches, just because some of these migrant groups are overrepresented in crime stats and welfare dependency. I would advise you to study demographic trajectories and trends of the past more carefully. If you would have done that, you would have known that a ‘graying’ of a society is a temporary problem which will not be solved by bringing in more young people from abroad, but will only delay this phenomenon. What would be your solution then? Import yet more people until you have a country of 800 million instead of 80 million? I can tell you how the future of the US looks like right now. Just travel to Brazil to see what the future US will look like. A sizable white minority which rules the country and makes up the political elite, economic elite and scientific elite. I have no interest in the US, since I’m not from that country, but by your logic African and many Middle Eastern countries (Egypt and Yemen) would have a great future too since their populations are very young.

I have addressed many of your other points in the reply to others please look there. I do want to share with you some statistics though regarding mixing of genes as you put it. In the multicultural paradise that is the US, Whites are least likely to marry someone from another race although it has grown somewhat it still remains a tiny fractions of marriages for Whites (2.1% for married White women and 2.3% for married White men: US Census Bureau). These numbers are insignificant and show that at least for Whites, when it comes to committing to someone they prefer their own. I will not bore you with the statistics of European countries, but let me just tell you that they are far lower than for the US.

Finally let me thank all my repliers.I understand this is a long reply, but if you’re not able to answer all questions please your opinion of Japan and its immigration policy. You do realize that Japan has a colonial past that is more violent than many European countries. Do Eritreans also have a right to migrate to that country? Should they have a right to become permanent citizens of Japan and obtain Japanese residency? And finally are the proposals I’m offering so much different than the policies of Japan? Surely you agree with me that Japan is a globalized country with trade relations with all countries around the world. The Japanese however don’t believe that obliges them to welcome huge numbers of people and treat them as if they were Japanese. The thought of a Pakistani being Japanese for them is as absurd as the thought of a Pole becoming Japanese. Does this sound like a sensible policy or fascism?