Need For Change Of Attitude By Eritreans

Posted on February 12, 2012 by Adhanom Fitwi in Articles 17 Comments 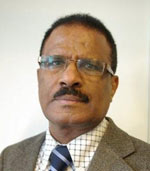 Attitude is little thing that makes a big difference—Winston Churchill

According to Wikipedia, attitude is the evaluation and associated belief and behavior towards some objects. It is not stable and because of the communication and behavior of the people, it is subject to change by social influence.

Attitude can be changed through persuasion. Emotion is a common component in persuasion; social influence, and attitude change. Much of attitude research emphasized the importance of affective or emotion components. Emotion works hand-in-hand with the cognitive process, or the way we think, about an issue or situation.

While this is the scientific definition of the term attitude, one can ask a question: What are the attitudes of the Eritrean society towards the PFDJ regime? Obviously, the attitude of the Eritrean people towards the regime is divided into two groups. The first part which is the majority of the people defines the regime as dictatorial and totalitarian and believes that it should be replaced by a just and democratic system. Unfortunately, the second part accepts the regime more or less as legitimate and believes that it is doing good for the people. This group wishes the regime to stay as it is and it stands against the on-going struggle. Here one may raise another question: Which part is right? Both can’t be right. Nor can both be wrong.

The objective situation of the Eritrean society can answer this question. It is not a matter of judgment. It is an objective reality. The majority of the Eritrean people are suffering from the totalitarian regime. The Eritrean people, especially those who live in side the country don’t have any right. So many people are imprisoned or missing every day. The country is changed into prison camps. The PFDJ regime has ruled the country without any constitution or rule of law for 20 years. Almost one third of the population is living in exile. Tens of thousands are living in refugee camps in Ethiopia and Sudan. Eritrea is one of the poorest countries in the world and its leader ranks first as a dictator in the world. This evaluation was not made by Eritreans alone but by independent media of the world. Therefore, the supporters of the Eritrean regime cannot justify their support for this evil regime.

While the regime in Asmara is so naked in its subversive act against its people in front of the world, why are some Eritreans still supporting it? This is important question that should be addressed.

This group can be divided again into two parts. The handful who benefit from the regime and those who are innocent but wrongly acting against their interest. Leaving the first one aside and taking the second, the majority of this group is innocent. They have been deceived by an empty nationalism. On the eyes of this group, the PFDJ regime is “the most nationalist”. The regime has brainwashed them by saying that “the EPLF is the sole organization which struggled for the independence of the country”. While in reality the ELF had equally contributed for the Eritrean independence. In fact many Eritreans fail to realize that other Ethiopian democratic organizations like the TPLF, OLF etc. had also equally contributed in defeating the DERG.

Another instrument of the PFDJ regime which deceives the people is the idea of “enemies”. It creates enemies easily. The regime created conflicts with Yemen, Sudan, Ethiopia and Djibouti. Especially, Ethiopia is portrayed as “number one enemy of the Eritrean people”. This false propaganda serves the regime’s policy of the Sawa military training camp. The regime brainwashes the people day and night by saying “if I stop Sawa the enemy will come and occupy your country”. In addition the PFDJ regime uses this propaganda for another purpose. Opposition organizations or individuals who fight the regime based in Ethiopia are labelled “traitors”. This propaganda is designed purposely in order to isolate the opposition forces from the people.

The main point here is that an effort has to be made to change the attitude of the ‘HIGDEF’ supporters towards their regime. There must be a change of attitude in the minds of these people before an actual change takes place. We have to fight the indoctrination and ideas of Isaiasism systematically.

Another attitude which has to be changed within the supporters of the Eritrean regime is chauvinism because chauvinism leads to racism. They believe that they are the most educated while they are not. They think they are the richest while they are poor . They consider their regime the strongest of all while in reality it is the weakest in all aspects: call it economically, politically and militarily. They don’t see that it as an isolated regime which is struggling for its survival.

As mentioned above, attitude can be changed through persuasion. Efforts must be done to change the wrong attitude of the supporters of regime. They have to understand clearly that the existence of the regime in Asmara benefits no one except creating misery and slavery. The Eritrean people don’t have any interest from this regime except misery and slavery. The supporters of the regime should understand clearly how the odd leader (Isaias) is isolated from the rest of the world. He is isolated from the African Union, IGAD, the United Nation etc. There is no advantage supporting a loosing regime .

There must be a change of attitude in the opposition camp too. Generally speaking the Eritrean struggle is characterized by less tolerance and stubbornness. It is dominated by internal conflicts. Even today if we observe the contemporary relationship among the various opposition organizations and parties, their time and energy is wasted in bickering with each other and splitting from one another. Most of them concentrate on minor issues. Basically their priorities tend to be party or organizational issues. Despite all these it was possible to form the ENCDC in the recent AWASA congress.

The vast majority of the Eritrean society is vacillating between the PFDJ regime and the opposition camp. The majority of this group are the highlanders (from Kebessa). Most of them want the downfall of the regime. But at the same time they don’t trust the opposition organizations and parties. I wonder  why! They want a change. But who will bring the change? By just sitting and observing, things cannot be changed. The people who have such attitude have two choices: a) either they create an alternative opposition b) or they join the existing opposition forces and improve the politics of the organizations or parties.

Dear reader! I have another amazing idea to share with you. I have been in Addis Ababa for almost a year working in a capacity building program initiated and financed by the Dutch government. It is not based on scientific research, but according to my personal observation, 70% to 80% the Eritrean community in Addis Ababa are sympathizers of the PFDJ regime. The first time I had observed this phenomena was really shocking to me. What is the reason behind this? It is paradox. In spite of the fact that they live nearer to Eritrean and they get daily information about  how the regime oppresses the people and they see tens of thousands people coming from the country as refugees, yet they have positive attitude towards the regime! Another paradox is that the various Eritrean opposition organizations and parties are located here and yet these organizations could not change the mentality of these people.

One of the important instruments which is used in promoting change of the public attitude is mass media. The media outlets such as  Eri-TV, Radio Dimtsi Hafash, Hadas Eritrea etc. hammer the minds of the victims day and night. On the contrary, one of the weaknesses of the opposition organizations and parties is poor media rely to the public. Today the opposition camp  have  a golden opportunity because it is united to fight the dictatorship by forming a common program and a common leadership under the National Council. Now it is up to the executive body of the Eritrean National Council for Democratic Change (ENCDC) to implement the program. It is time to centralize the dispersed resources of the various political organizations and parties and implement the following key resolutions passed at the Awassa congress :

1. The different military units run by different organizations must be brought under one command.

2. The political and diplomatic activities should be conducted under the leadership of the ENCDC.

3. The media coverage should be coordinated and controlled by the ENCDC.

4. The financial resources should be centralized and controlled by the ENCDC.

These are the main responsibilities of the leadership of the ENCDC given by the congress. If these tasks are fulfilled, I believe progress will be made and the defeat of the PFDJ regime will not be far away.