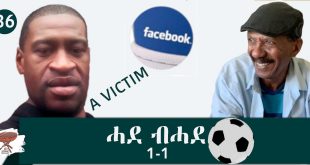 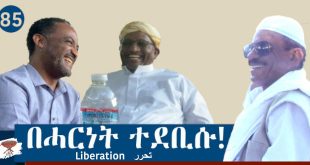 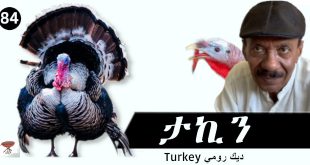 After years at sea, a sailor from Massawa disembarked in Italy and finally ended up working in Switzerland. In the eighties he was so old, he returned to Eritrea with an impressive Rolex wristwatch that displayed the year, the month, and the date. They nicknamed him Mr. Rolex. On May 24,1991, the day Eritrea became independent, Mr. Rolex was involved in a car accident and his Rolex wristwatch was smashed. Today it still reads: 12:01, May 24, 1991

What happened before Mr. Rolex’s watch stopped is the legacy of all Eritreans. It is their history, and they own all of it: the sad parts, glories, and  nostalgic moments. Eritreans own all of the epic struggle, from Adal to Afaabet, from Togoruba to Adi Hawesha. Even the history of the gorges of Sahil and Karneshim where Eritrea’s children killed each other. Even Dembelass and Weki Dbba where Eritrean sellouts participated in the massacres.

Unfortunately people obsessed with destructive politics and they tirelessly revive old partisan rivalry. Ironically, they are the ones whose slogan is national unity.

The most vocal partisan individuals the PFDJ’s supporters or emotionally attached to it. They justify that by arguing the PFDJ was victorious! They forget that even champions who win in sports are later disqualified if it is discovered they cheated by using steroids. After 1991, the PFDJ has cheated its way to stay in power. And this begs a question: is the PFDJ an extension of the EPLF or an alien entity? Only those who are more interested in Eritrea can answer this question, not the supporters of the oppressive regime.

Luckily, except the few who measure time by the stopped Rolex watch, the rest do not even have watches, and they don’t  argue over trivial issues: whether it is a women’s or a men’s watch; whether it is appropriate to put a watch on the right or left wrist; whether it is Japanese or Swiss made. These are old topics, as old as ELF-EPLF partisan topics.

Unresolved social issues do not die out but pop up periodically. And Eritrea has several social issues that are the cause of the mistrust among citizens. It exists across all social segments; some are revived wrongly (or purposely). Unfortunately, there is a general tendency among Eritreans to downplay the social problems. Some naïve people tell me I should not talk about such topics because I do not belong to this or that segment, or region, etc.

When the feet is wounded, the entire body feels it. Eritrea is our common country and we must feel each of us is Eritrea. If part of it is sick, we as a body, feel the sickness. Therefore, when I talk about a certain segment of the population, it should be seen as if I am talking about my leg, or my hand, or my nose. No one should think they own any part of the country alone. If I talk about Akele Guzai or Seraye or Barka or Islam or Christianity or about women’s issues, they are all mine because they are Eritrean issues. Today is not the time to compete to see whose wound is bigger, but to find a cure for our common wounds. Eritrea has come through a long an arduous journey to stand as a nation. Liberating the land was not an easy feat.

It’s natural to have conflicts between ideologues of the struggle era and that came to pass. WE liberated our country but sadly, the ruling regime hijacked our victory and installed itself as the new oppressor. Soon, teachers were arbitrarily arrested in Keren and made to disappear and almost three-daces later, their whereabouts is unknown. Then it started persecuting the Johovah Witnesses, the Pentecostals, the veterans, certain regions, and the list is long. At this moment, it has fully controlled the Orthodox Church and arrested its priests and patriarch. No one is spared. Naturally, that kind of oppression and lack of rule of law creates anxiety and mistrust between the people. It’s also natural for people to seek protection and sympathy among their own segments and that creates the felling that some people feel they are the only victims. And this why Eritreans need to understand they are all victims.

Another damaging attitude that the abhorring situation has created is that people associate their individual tormentors with the rest of the segments that shares their identities. But today, there is no privileged segment in Eritrea. All are victims. And the wrong guilty by association mentality should be stopped. The tormenters of Eritreans are a few gang of men, only men, who do not have any loyalty to any segment, they care only about their power. And since institutions do not run on their own but are run by people, we have to challenge the mafia group and their leader Abi Arghen. And when Eritrean is truly free, tending to the wounds and curing them will be easier. Deepening the gap of mistrust is akin to sprinkling salt on the festering wounds.

A few people are always on guard, very defensive, whatever criticism is thrown their way they think it is because of their ELF or EPLF affiliations, of years ago. They must have Mr. Rolex’s watch! That is how they measure the validity of arguments, depending on the identity and partisan background of the source. Worse, they use these affiliation gimmicks to abuse even those who have neither of the partisan backgrounds.

However, people who have no position on the injustice befalling Eritreans have forfeited their credibility. But if one openly disagrees with injustices and sympathizes with the beleaguered Eritrean citizens, they have all the rights to criticize and complain.

Many people tell me that we should all media should unite. I reject that cause because free people should pray to prevent the media from uniting. If the media unites, a media dictatorship will be created. Let ideas clash, debates rage and let each outlet do its best. At the end, each will survive on its own merit and not due to mistakes of others. Let the media diversity blossom. That is important because no one should with the old Soviet style media, or the Chinese, or the PFDJ’s single, competition blocking megaphone.

In Conclusion: The ELF-EPLF difference is just in the minds of a few who love shortcuts; it has ended in 1991. Since then, the struggle has been a combined undertaking of Eritreans from all backgrounds: the tyranny camp on one side and the justice and freedom camp on the other. Attempts to recreate the old rivalry is suicidal and it has already inflicted enough damage on the struggle. Trying to explain the current struggle along old partisan affiliation is deceitful and unproductive. It shouldn’t be a partisan undertaking and it shouldn’t be trivialized. And the current struggle is not in vain.

Back to the story of Mr. Rolex.

Does the story of the Rolex wristwatch makes you sad? It’s a reminder to stop the senseless EPLF-ELF divide to serve narrow interests.

NB: The above script is the source for Negarit: 75, on my Youtube Channel NEGARIT.

Born and raised in Keren, Eritrea, now a US citizen residing in California, Mr. Saleh “Gadi” Johar is founder and publisher of awate.com. Author of Miriam was Here, Of Kings and Bandits, and Simply Echoes. Saleh is acclaimed for his wealth of experience and knowledge in the history and politics of the Horn of Africa. A prominent public speaker and a researcher specializing on the Horn of Africa, he has given many distinguished lectures and participated in numerous seminars and conferences around the world. Activism Awate.com was founded by Saleh “Gadi” Johar and is administered by the Awate Team and a group of volunteers who serve as the website’s advisory committee. The mission of awate.com is to provide Eritreans and friends of Eritrea with information that is hidden by the Eritrean regime and its surrogates; to provide a platform for information dissemination and opinion sharing; to inspire Eritreans, to embolden them into taking action, and finally, to lay the groundwork for reconciliation whose pillars are the truth. Miriam Was Here This book that was launched on August 16, 2013, is based on true stories; in writing it, Saleh has interviewed dozens of victims and eye-witnesses of Human trafficking, Eritrea, human rights, forced labor.and researched hundreds of pages of materials. The novel describes the ordeal of a nation, its youth, women and parents. It focuses on violation of human rights of the citizens and a country whose youth have become victims of slave labor, human trafficking, hostage taking, and human organ harvesting--all a result of bad governance. The main character of the story is Miriam, a young Eritrean woman; her father Zerom Bahta Hadgembes, a veteran of the struggle who resides in America and her childhood friend Senay who wanted to marry her but ended up being conscripted. Kings and Bandits Saleh “Gadi” Johar tells a powerful story that is never told: that many "child warriors" to whom we are asked to offer sympathies befitting helpless victims and hostages are actually premature adults who have made a conscious decision to stand up against brutality and oppression, and actually deserve our admiration. And that many of those whom we instinctively feel sympathetic towards, like the Ethiopian king Emperor Haile Sellassie, were actually world-class tyrants whose transgressions would normally be cases in the World Court. Simply Echoes A collection of romantic, political observations and travel poems; a reflection of the euphoric years that followed Eritrean Independence in 1991.
Previous Gloomy Clouds Over the Horn of Africa
Next A Tribute: Ustaz Osman Omer Omran 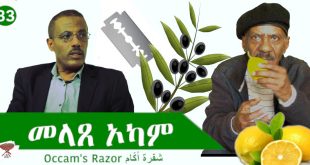 This is a general transcription of Negarit #83. When they want to divide the people, …