Houthi Rule In Yemen: USA Closes Its Embassy In Sana’a

Posted on February 11, 2015 by awatestaff in Awate Team 5 Comments 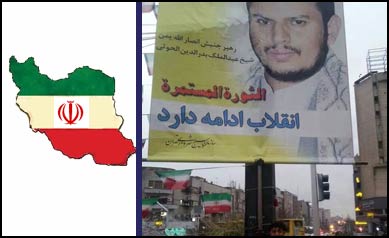 It was a foreseen incident. Forces that chant Death To America finally end up encircling the USA embassy. Yesterday the Houthis did just that. Reports indicated that the American Embassy will shut and the ambassador is reportedly leaving Sanaa. The crisis that has been brewing in Yemen has reached its ebb. Disturbance and absence of law and order has finally engulfed the whole of Yemen.

Last Friday the Houthis finally dissolved the Yemeni parliament and named Mohammed Ali al-Houthi, president of the country. He is a cousin of the Houthi leader AbdulMalik al-Houthi.

That was expected since Abd-Rabbuh Mansur resigned on January 22, confirming the power vacuum in Yemen. Abd-Rabbuh was the vice president of Ali AbduAllah Saleh who in 2011 was pushed by a popular rebellion in the style of the Arab Spring countries. But Ali Saleh’s nails were not clipped enough, he still wields some influence within the “General People’s Party. (GPP)” After he lurked in hiding for two years Ali reappeared in a new alliance that he forged with the Houthis. Apparently he still has an influence on top military officials, and his son, Brig. Gen Ahmed Ali Abdullah Saleh occupies an ambassadorial position in the UAE since May of 2013.

That is why the ex-president didn’t hesitate to suspend the sitting president, Abd-Rabbuh, from the GPP.  Abd-Rabbuh was stripped of his presidential authority by the Houthis. He resigned leaving behind him a vacuum that the Houthis filled, with couching from the deposed ex-president Ali Saleh as a leaked tele-convesration between him and AbdulWahed Abu Ras, a top Al Houthi commander, explains. The Houthis are still holding Abd-Rabbuh, the resigned president, under house arrest.

The Houthis have jailed many of their opponents, including politicians and government officials. They have prevented demonstrations and their militias have been taking the law in their hands and terrorizing the people.

AbdulMalik AlHouthi, the new Yemeni strongman, dealt with the vacuum by issuing what he calls a “constitutional declaration“, which his opponents call a “political declaration.” As per the declaration, the Houthis disbanded the parliament and formed an interim five-member presidential council with a life span of two years. But Yemeni parties rejected the unilateral Houthi decision which was vastly denounced by the international community, including Ban Ki Moon who called for the reinstatement of president Abd-Rabbuh– a call that is not expected to amount to anything.

Jamal Benomer, the UN appointed envoy has been mediating between the Yemeni political parties in talking sessions that are going nowhere. At the center of the impasse is the Houthis’ decision last week to fill the vacuum created by, mainly, the resignation of president Abdu-Robbuh, and which the Houthis instigated.

On Monday, Jamal Benomer mediation hit a snag when the Yemeni Nasserite party delegation withdrew from the talks. A Nasserite leader claimed that a Houthi leader, “Mehdi AlMeshaat had threatened the life of one [of the Nasserite] leaders at the talks.”

In the streets of Yemen, the Houthi militia has been passing death sentences and executing people in the streets. A reporter told Gedab News that “the militiamen are the judges and the executioners while their leaders bully those they are supposed to negotiate with in a UN sponsored talks.”

However, a few observers believe the Houthis have a genuine need to resolve the impasse fearing an economic turmoil particularly if Saudi Arabia suspends its aid package to Yemen. It’s also noteworthy that the Houthis had a strong alliance with Al-Islah, a major Sunni party, during the popular revolution that forced president Ali AbduAllah Saleh to leave office. But now, the two sides find themselves in two opposing camps fiercely opposing each other as a result of the deal that was brokered by the Gulf countries, and which the Houthis didn’t find satisfactory.

The neighboring Arab countries, and the USA and western countries, are worried about the developments in Yemen because it leaves the doors wide open for Iran to establish itself in a strategic location. And Iran’s celebrations in support of the Houthi advances are too evident to deny–billboards and posters carrying pictures of the Houthi leader have become common in Iran.

On Tuesday, several news reports indicated that AbdulMalik Al Houthi flew to Iran accompanied by Hasan Nam Wadi, the Iranian ambassador to Sanaa. The source of the news is unknown and no agency has confirmed it yet. However, such news feed the already prevalent allegation of Iran’s support of the Houthis by the Arab governments, it increases the public paranoia driven by fear of instigation of sectarian strife, and it worsens the West’s anxiety and nightmare about Iran establishing a stronghold in Yemen.

Imminent Secession of the South

What has been happening in Yemen has all the signs of a pre-civil war tension whose main victim is expected to be the union of South and North Yemen, followed by sectarian wars whose repercussion no one can predict.

The Houthi clan hails from the Saada region of north Yemen and is part of the Zaidi sect, a Shiaa community that represents about four million of Yemen’s 24 million population. The Zaidis are Shiaa though traditionally they are close to the rest of the Yemeni Sunnis, mostly followers of the Shaaf’ie school of Sunni Islam.

In rejection of a Houthi rule, South Yemen will be forced to secede from the union, and the South is where AlQaeda has a strong presence. For several years American drones on a look out for AlQaeda bases have been crisscrossing the Yemeni skies. After years of trailing, in 2011 a drone managed to kill Anwar AlAwleqi in North Yemen. Anwar was born and raised in the USA until he joined AlQaeda and moved to Yemen, his ancestral home, and became a prominent AlQaeda leader.

AlQaeda which has driven government forces out of South Yemeni towns it overrun in the last few years, is likely to rally the Sunnis against the Houthi advances. If that happens, it would lead to wider alliances that would welcome the likes of ISIS to the Arabian peninsula encouraging Iran to have a visible and more serious involvement–and that poses great risks to the security of Saudi Arabia which will definitely respond militarily.

The Gulf Arab countries have been caught by surprise though the Yemeni drama has been unfolding for several years just across their fences. But even if they resisted heavy engagement, they cannot resist being pulled in.

Yemen is ripe with elements that would plunge it into a fierce civil war. No UN or Western efforts seems able bring about a settlement soon enough because it is unlikely that a clear victor emerges in any confrontation in which the heavily armed population will be involved. And it is not expected that the Houthis will control Yemen for too long before they are seriously challenged.

Western countries are tied up in parallel negotiations with Iran, in an unrelated subject, basically Israeli security concerns regarding Iran’s nuclear power.

Yemen is not a member of the GCC though it is strategically more qualified than Oman; it was left to rot in its poverty and tribal rivalry. Worse, Saudi Arabia is likely to suspend its aid package to Yemen as long as the Houthis are in power; it is unlikely there will be an alternative to the Saudi Arabia’s aid. At any rate, if the Yemeni fire is not put off soon enough, it might end up burning the entire region which is now encircled by ISIS and Al Qaeda. Adding the Houthi force to the mix is the nightmare forf the region’s regimes.

The conflict could pull countries from many corners of the world. Egypt is naturally in since the Houthis have now a foothold on the Red Sea. So is Eritrea and Djibouti, and by extension Ethiopia, and almost every country that depends on the Red Sea marine passage for trade. The sea-lane that runs from Bab El Mended, the southern mouth, to the Suez Canal in the north, is vital for world trade and security, but more worrisome is, now the Houthis have an open sea outlet to import weapons, particularly from Iran, which allegedly have supplied the Houthis with weapons channeled through Eritrea, whose president Isaias Afwerki indicated that he cooperates with Iran “in everything.”

Receiving Iranian support directly through the Red Sea would put the Houthis in a position to destabilize Saudi Arabia, while Iran also targets the entire Sunni region to expand its influence. Currently, Iran has established strongholds in three countries: Iraq, Syria, Lebanon. Yemen is the fourth one. Iran had no influence in the four countries a decade ago.

Judging by the statement of “AbdulMalik Al Houthi on AlMasirah Television, threatening the interest of the USA, Britain, France and other countries that oppose the constitutional declaration,” Yemen is fast approaching a state of total collapse. Hinting at the closure of Bab AlMendeb, and threatening that the interest of many countries “will not be safe in the face of the peoples’ anger,” is a warning that should not be taken lightly.