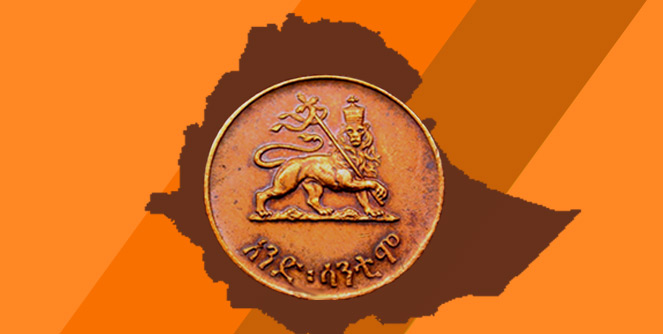 Having for some time dominated national politics in both countries, the publicity-saturated, emotion-laden and fast-paced diplomatic activities which the July 2018 Ethio-Eritrea peace agreement had triggered have now subsided. But the event has yet to spur bold initiatives in such critical areas as implementing the border ruling, institutionalizing the agreement and addressing long-standing issues that led to so much destruction, death and despair of the recent past. These are, no doubt, steps that the two leaders must take if they are to set their countries on a path to sustainable partnership and to shared opportunities for peace, security and progress.

However, these shortcomings should not imply that the rapprochement has not impacted realities in both countries. Above and beyond creating conditions — some short-lived, others overstated — that gave semblance of progress, the peace agreement did induce genuine changes. It removed the tension and “fear-of-war” that had once weighed heavily on the lives of populations on both sides of the border. What is more, it generated a feeling of a “new down” among the public in both countries thereby raising optimism about prospects for peace and progress.

Unfortunately, subsequent developments quickly dampened expectations and created suspicions in the minds of many. Most Eritreans were engulfed in a cloud of uncertainty when their tyrannical leader, acting alone, concluded secret agreements whose details remain unknown. Worse, official pronouncements and frivolous remarks by the two leaders stirred latent ultra-nationalism among a growing segment of the Ethiopian population. Consequently, the hope that Eritreans had held out for peace, security and progress faded and was quickly replaced by political angst about their nation’s sovereignty and territorial integrity.

The post-agreement period has witnessed a resurgence of deep-seated, long-suppressed expansionist nationalism in Ethiopia. Mass demonstrations staged in various parts of the country routinely flaunted doctored national maps and emphatically called for “Ethio-Eritrean unity” and for “Ethiopian ownership of outlet(s) to the Red Sea”. Fueling these activities have been the revisionist and expansionist rhetorics of ultra-nationalist elites who advocate, in effect, total or partial annexation of Eritrea.

In a sly attempt to win sympathy for their expansionist cause, these elements argue that the claim by Ethiopia to Eritrea’s southern port has historical, legal and moral bases. But, as outlined below, documented facts on each of these factors indicate that the claim is revisionist in its historical perspective, violative in its legal implications and totally lacking in moral worth.

Modern Africa’s political geography is the legacy of Europe’s colonial adventure of the late 19th and early 20th centuries. European powers of the time engaged in political wheelings and dealings — and, at times, fierce competition — to divide up the continent among themselves, each carving out a territory (territories) that it claimed as its colonial possession(s).[1]

Shrewdly manipulating this inter-European rivalry and capitalizing on its independent status, Abyssinia injected itself as a junior aspirant into the ‘territory-acquisition’ campaign of the time. As such, it undertook extensive conquests of its own and expanded its dominion considerably to the south. Throughout Italy’s colonial control of Eritrea — a period during which Eritrean national identity and nationalism flourished — Abyssinia concluded treaties with Italy which recognized the latter’s territorial possession and its borders.[2]

The wave of decolonization that swept across Africa in the aftermath of WWII drove colonial powers out of the continent upon which their territorial possessions transitioned, in almost all cases, to independent existence as “nation-states.” Abyssinia itself emerged as an empire-state whose rule extended far beyond the territories it controlled when the Scramble for Africa began. It is thus the geopolitical intrigues and military adventures of imperial Europe to which both the Eritrean state and the modern Ethiopian nation owe their present physical characteristics of size, shape and contours of borders (boundaries) that frame them as political entities.

As Eritrea moved through decolonization (1950-52), its fate (political status) was decided not by the wishes of its people, but by America’s military/security interests in the region. The US manipulated the UN Organization into handing over Eritrea to its client-state Ethiopia disguised as “federation” with the latter’s feudal monarchy! Not long thereafter, Ethiopia annexed Eritrea triggering a 30-year war which ended with Eritrea’s triumph. It is this repugnant history of US-crafted neocolonialist subjugation of a neighboring people that expansionist Ethiopian elites are trying to resurrect as “historical justification” for their renewed claim to Eritrean ports.

Agreements, conventions, treaties, etc. between free nations guide the way countries deal with each other and provide the basis for international law. One such agreement is “AHG/Res. 16(1)” adopted by the Organization of African Unity (OAU) Summit in Cairo in 1964. In this resolution, respecting the principles laid down in the organization’s Charter, “… all Member States pledge[d] themselves to respect the borders existing on their achievement of national independence.”[3]

Sometimes referred to as “respect for colonial boundaries”, this pledge was the basis of the AU-sponsored Algiers Agreement that Eritrea and Ethiopia signed in 2000; and it was the (Italian) colonial boundary between the two that the UN-mandated EEBC was tasked with determining. The UN, AU, EU and USA were both witnesses to the agreement and guarantors of the arbitration process.[4] Having been delimited by EEBC under these international arrangements, the boundary between the two countries was defined unambiguously thereby providing an ironclad legal basis for Eritrea’s territorial integrity.

An international legal instrument that addresses any legitimate maritime concerns that Ethiopia may have is the 1982 “United Nations Convention on the Law of the Sea”.  Article 125 of the convention grants landlocked States the right of access to and from the seas and freedom of transit, with the terms and modalities for exercising this right to be agreed between the concerned landlocked States and transit States through bilateral, subregional or regional agreements.[5] It must be emphasized that, because of the convention or perhaps in spite of it, Ethiopia has had unrestricted access to and from the sea.

Ethiopian elites also try to present their country’s lack of sea-outlet as a moral issue arguing that “it is unconscionable for a country [Eritrea] of 5 million people to own two ports while a neighboring country of 100 million is ‘forced’ to remain landlocked.” This argument is the moralistic camouflage of a hidden national ambition intended to obscure the ambition’s colonialist and expansionist nature.

Nations are essentially accidents of history with respect to their geographic characteristics (i.e., location, size, shape, etc.); and, through nature’s mysterious workings, all have been endowed with resources, but not necessarily in proportion to the size of their populations or land areas. Nor are there natural or man-made laws that apportion additional natural resources to those countries which believe that nature’s largesse has left them with some “unmet needs”.

In the modern world, such “unmet needs” are circumvented by (i) developing one’s own resources vigorously and effectively and (ii) cooperating with neighboring countries so as to reap the benefits of ‘complementarity’ that come from coordinating economic development policies. Indeed, these are precisely the strategies that most of the other 48 landlocked countries in the world  (16 of them in Africa) — some larger, others smaller than Ethiopia — have adopted.

Unable to establish sound “historical, legal and moral bases” for their claim, Ethiopia’s expansionist elites often resort to dramatizing and mystifying Ethiopia’s landlocked status in an attempt to appeal to emotion. One such alarmist argument threateningly declares that “Ethiopia cannot exist forever with a noose around her neck” implying that not owning a port is an existential threat to the country, and insinuating it will have to get one from you-know-who. However, Ethiopians who are courageous enough to face the truth will agree that if at all there is “a noose around Ethiopia’s neck”, it is not because the country is landlocked but because vexing ethnic/religious conflicts are threatening to tear it apart!

Until the 1998-2000 war, Ethiopia enjoyed unrestricted use of Eritrean ports under terms highly favorable to it: Assab essentially served as its freeport; Massawa charged a mere 1.5% transit charge and both ports received consignment fees in Ethiopian currency although Eritrea was strapped for hard currency.[6][7] When war broke out, Ethiopia was able to quickly shift its maritime trade to the port in Djibouti and later additionally secured use of ports in Sudan and Somaliland. Following the end of the war in 2000, US and UN relief agencies had, on various occasions, proposed use of Eritrean ports for delivery of food supplies to victims of Ethiopia’s recurrent famine. But, despite Eritrea’s expressed willingness to commit to the effort, the proposal was abandoned in favor of less efficient, more costly alternatives because Ethiopia’s leader ferociously objected to it.[8][9]

The hatred and ill will that Ethiopia’s vindictive late prime minister, Meles Zenawi harboured towards Eritrea — as evidenced by the diabolical reasoning he gave for his objection — and the luxury of choice of ports that Ethiopia enjoyed were the key reasons for the UN-proposal’s demise. Ethiopia’s circumstances and decisions, as outlined above, are hardly those of a nation with “a noose around her neck!” Indeed, there is no way in hell that a country in such an awful predicament as claimed could: (i) ‘grow its economy in double digits’ for over a decade, and (ii) emerge as the ‘fastest-growing economy in the continent’ — achievements declared by Ethiopia’s own government and confirmed by international financial institutions and western governments.

Looking ahead, Ethiopia is poised to further diversify routes and outlets for its maritime activities. Ethiopia is a key stakeholder in the LAPSSET mega-project which Kenya has been developing since 2013, and entails construction of a new port at Lamu (Kenya) to be linked by major transportation corridors to Addis Ababa (Ethiopia) and Juba (South Sudan).[10] Furthermore, the recent peace agreement has enabled Ethiopia to regain use of Eritrean ports under terms that, by all accounts, are bound to be generous.

Thus, the region’s present realities and future prospects (together with the UN Law of the Sea) guarantee that Ethiopia’s legitimate maritime interests will continue to be safeguarded just as they had been in the last 28 years. The political agitation by expansionist nationalists is therefore motivated not by a genuine concern about the country’s right of access to the sea, but by a dream of seizing ownership rights to sea outlet(s) of a neighboring country. Simply put, Ethiopia’s problem in this regard is nothing but obsessive territorial ambition!

A Look into The Future

The arguments, facts and evidence outlined in the preceding sections point to some critically important considerations and conclusions which can neither be denied nor ignored.