Posted on August 1, 2018 by Yohannes Zerai in Reflections 107 Comments 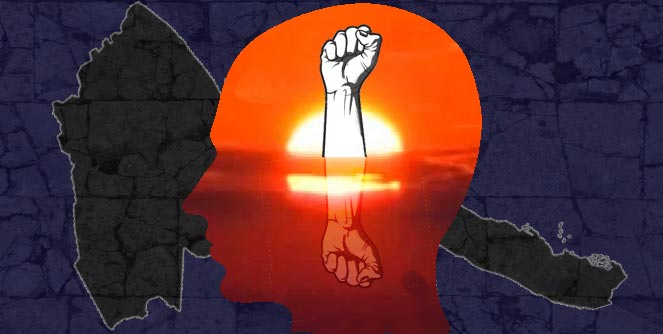 Recent political developments in Ethiopia seem to have generated internal dynamics that promise to fundamentally alter the political landscape in the country and perhaps even in the region. The emergence in April of Ethiopia’s newly elected prime minister, Dr. Abiy Ahmed has potentially opened the way for unprecedented social and political change and appears to have already set the country’s progress on a new trajectory. In assuming state responsibilities and addressing national issues, the new leader hit the ground running and pushed his fledgling administration to introduce hitherto unimagined political and economic reforms at a speed that Ethiopians and outsiders alike find breathtaking. The consistent message of respect, tolerance, reconciliation, love, and peace he articulates is palpably altering the mood of his nation although it remains to be seen if his future policies and decisions will be strictly guided by those ideals.

The boldness of his domestic initiatives has been mirrored in his handling of the country’s foreign affairs. In quick succession, the prime minister paid state visits to each of the IGAD countries (except Eritrea), Egypt and the Middle Eastern powers of Saudi Arabia and the United Arab Emirates. The visits were reportedly aimed at expressing Ethiopia’s interest in closer bilateral relations so essential for fostering development cooperation and economic integration among countries in the region. Ethiopia’s new strategy towards Eritrea, with whom it was in a state of war for two decades, was a peace offer entailing unconditional acceptance of the terms of the Algiers Agreement and the UN Boundary Commission ruling along with a commitment to full implementation of the latter.

The process of rapprochement set in motion by that initiative has since been reinforced by a series of diplomatic moves: Eritrea dispatched a delegation to Addis Ababa, the Ethiopian leader visited Asmara and his Eritrean counterpart reciprocated the action – all in the short span of barely a month. It has now begun yielding concrete results as heralded by the 5-point Declaration of Peace and Friendship the two leaders signed in Asmara.

The fast pace at which events continue to unfold has sent at least the urban populations and the mass media in both countries into an unprecedented frenzy. Hence, until the dust settles and public mood sobers up, it would not be easy to guess how things may evolve in the near-term much less to predict what may transpire in the middle- and long-term. Consequently, this article presents just general observations regarding (i) public reaction to the reconciliation between the two countries and (ii) what this turn of events means to Eritrea’s democracy movement.

Mass-media accounts of the peace initiative indicate that public reaction in Ethiopia has been somewhat mixed. Some who never accepted Eritrean independence have enthusiastically supported the peace deal because they see it as providing a chance for eventually incorporating the port of Assab, if not Eritrea itself, into Ethiopian territory. Another section of the population – mostly Tigrayans – are opposed to the deal because they fiercely reject the possibility of ceding territories even those that the EEBC identified as Eritrean. The majority, however, are known to support the initiative because of its potential to bring the socio-economic dividends of peace that they yearn for.

Similarly, Eritrea’s diaspora population have been polarized in their reaction. Supporters were as uncritical of the regime’s delay in responding to the peace offer as they were supportive of its eventual decision to go overboard in its conciliation with Ethiopia. In contrast, the opposition was quick to show enthusiasm for Ethiopia’s declaration and to lavish praise on its prime minister while viciously attacking Eritrea’s leader. Citing his arrogance, authoritarian tendencies, and confrontational approach, many prematurely asserted that the leader will do everything possible to scuttle prospects for reconciliation and derail the initiative.

But when the strongman finally acted, his response caught everyone by surprise and threatened to turn the political tables. His sudden, all-out move for conciliation – symbolized by sending a delegation to Addis Ababa – and his emissaries’ cozying up and capitulation to an erstwhile foe may well prove to be a turning point in Eritrea’s politics of despotism. Some opposition elements are reported to have since softened their stance under the fake rationale that the regime has now begun addressing issues. On the other hand, the regime’s newfound priority of ensuring a “stable Ethiopia” over demarcating the border has infuriated some of its traditional supporters.

The complexities and requirements of border demarcation also were the subject of intense public discussion. Opposition media outlets disseminated information in the form of articles, comments, interviews, panel discussions, etc. that dealt with these issues and which drew from party representatives, activists, analysts and ordinary individuals. Many contributors offered well-informed and considered opinions that impart knowledge, provide insight into past and present realities and hint at prospects. The inputs of some others relied on wild guesses, exaggerations, and biases to push outrageous claims and outlandish predictions all laced with hatred for Isaias. Still, a few others advanced opinions that were remarkable for their haste and callousness and notable for the intellectual impairment they displayed.

The State of  Eritrean Opposition: A Movement at a Crossroads

The rapid end to the long-standing Ethio-Eritrea hostility has not only exposed the sorry state of the Eritrean opposition but has presented its constituent groups both an opportunity for an honest self-assessment and a challenge to justify their existence.

i. In Search of Consensus: Opposition views on the peace initiative are generally random in nature and bear little or no commonality in underlying political principles. One is thus unable to discern any common thread(s) or coalescence of views that can be identified as consensus or majority opinion of one or more political groups. Even statements that leaders of political groups issued on the subject are, in tone and substance, neither authoritative nor representative. They simply reflect the views of the leaders themselves and perhaps a handful of colleagues that make up the group – not those of a mass following which they, of course, never had!

If the movement is to gain momentum, its constituent groups must articulate their vision for the country, expound their strategies and programs for realizing it and mobilize Eritreans in the diaspora and, to the extent possible, inside the country. The aim should be to build a broad-based popular support evidenced by a registered membership large enough to win recognition and assistance from external political forces.

ii. Ending Intolerance and Division: The movement for democratic change has been a victim of the political climate of division, intolerance, and hostility that the PFDJ promoted. But, it has also done its share of exacerbating the resulting chaos by engaging in internecine fighting internally and with adversaries. In the process, it developed into an inward-looking, closed political camp that has continued to drift into isolation, stagnation, and fragmentation.

It is high time that opposition groups came out of their present seclusion by tearing down barriers of suspicion and animus that the despotic regime has erected among the population in order to weaken the opposition. Pro-change groups must believe in the power of ideas and challenge each other intellectually. Their members should shun politics of hatred, engage regime supporters in discussions/debates and attend their social and political events. They should employ the art of negotiation and give-and-take to narrow differences with allies and adversaries and perhaps even to win some of the latter over to the movement. To do these, however, groups and their membership must first break out of the mold and cultivate civility and a more embracing attitude.

iii: Resetting Strategies: Public political discourse reveals that many in the opposition blame the country’s woes on Isaias Afewerki, not on the political system he presides over. They express indignation at his cruel, repugnant decisions and actions of the past, not the ideology, policy and strategy that made them possible. In short, many seem to labor endlessly to demonize the dictator. But they must understand the futility of trying to demonize a demon! Isaias Afewerki has long come to symbolize cruelty, despotism, belligerence and deception in the eyes of his own people, the region and the international community that has been relentless in its efforts to contain and isolate him.

Opposition forces should instead focus their efforts on gaining insight into the dictator’s political thinking, his strategizing and political planning by co-opting insiders in his regime, luring PFDJ’s agents and activists abroad, networking with the diplomatic community in host countries and other creative ways. Placing themselves ahead of the political game in this way would enable the opposition to counter/challenge/circumvent the regime’s moves and actions more effectively.

The outlook for the Future

Ethiopia’s new prime minister has been doing great things for his country showcased by the impressive political and economic reforms that he introduced early in his tenure. Indeed, he must be applauded for what he has been able to achieve thus far and for his efforts to bring peace to the region. Despite these positive impressions, however, it is difficult to guess what Dr. Abiy’s ultimate goal really is, what kind of a leader he will eventually evolve into and how his country will fare in the months and years ahead.

The peoples of Eritrea and Ethiopia and, indeed, of the wider region have long yearned for peace. A bilateral or multilateral “peace project” that is fair, just and equitable in its formulation and implementation – hence, is capable of bringing to the regional stability and prosperity – would be embraced by all. It is inescapably obvious, however, that there exist forces poised to exploit this rare opportunity for genuine peace to achieve their abominable goals.

In this regard, it is imperative that our overexcited Ethiopian friends understand that the road to Eritrea’s future does not pass through Addis Ababa. That road is destined to be laid, as it had in the past, only by the Eritrean people through blood, sweat, and tears!  Likewise, those “Eritreans” who hallucinate about bringing back to life a “cadaver of a notion” about Eritrea’s future, must be helped to see reality: their cheerleading for “Abiy” in the hope of having their dream realized is as delusional as was the now-expired wish of bringing change to Eritrea by “riding Weyane tanks to Asmara”!

Denial of democracy in Eritrea is a problem that has hampered national progress, but recent political developments in the region have lately elevated it to the level of existential threat. The dawn of peace in Ethio-Eritrea relations is, in and of itself, capable neither of removing the threat nor of instituting democracy in the country. Such outcomes will be achieved only through a popular political struggle waged by Eritreans themselves. To do so, elements of the movement for change must undertake a critical appraisal of their organization, strategy, and performance as a basis for self-renewal and transformation into a more effective movement. They should then carry the struggle forward unphased by the turbulent forces at play in the Horn and cutting through the political cross-currents that muddy the region’s waters. The forces of change should stay on course guided by the beacon of hope that the vision of justice and democracy sustains.