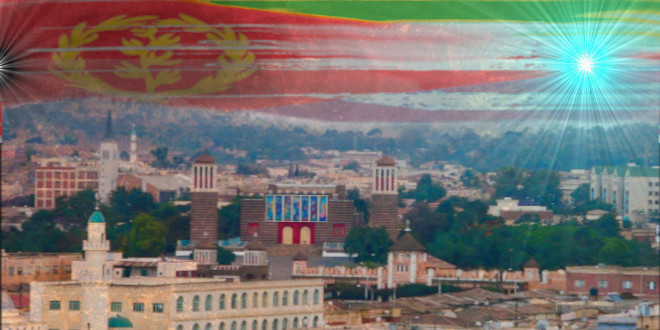 Before we jump into the discussion of internal colonialism, it’s necessary to pave a way for it with an overview of formal/external colonialism due the close relationship and commonalities between them.

A great number of authors and writers – including Eritreans – dealt with external/formal colonialism in detail and studied it’s effects and suffering that is caused to the colonised people. That’s because it was an unambiguous, unmistakable phenomenon–they amplified and described it. In fact they described it with the ugliest and the most terrible traits because the colonists relied on the use of violence and force to control people’s breath. They violated their rights and freedoms, trampled on their dignity, seizing their capabilities, plundering their goods, killing their children, and raping their women. They treated them as animals that are used for heavy labour without paying any attention to their health and human condition.

Although it revolves around two main types (external & internal), astronomers and some scholars have classified colonialism into four overlapping types:

When we look at internal colonialism, the authors and writers didn’t give it the level of attention as they did with the external colonialism. The form of internal colonialism we are talking about is a theory that seeks to explain how inequality and domination are maintained in a society when there is necessarily no foreign ruling power.

Nowadays (postcolonial), many countries continue the practice of favouring one group over another,  whether it is ethnic, linguistic, religious, regional, or cultural. As a result, we see numerous conflicts being caused in party by dominant groups enacting and enforcing governmental, economic, political, and other social policies that distribute resources unequally among their nation’s members.(4)

What is the difference then, between external and internal colonialism, other than mastering the language of rhetoric in exercising the discourse of revolution against colonialism, or the greed of resistance and facing occupation without substance and against the reality? The killing, imprisonment, slavery, looting, torture and contempt remains the same.

From my point of view the term ‘internal colonialism’ applies to the Eritrean current situation because it covers all the above mentioned elements that make up the term.

It’s no secret that the regime of the ruling group in Eritrea that is restricting the freedom of other sects by undermining their traditions, trade, languages, religion, educational and political systems, and constrains their development.

Indications of internal colonialism in Eritrea

Although the Eritrean society is a multi-cultural, multi-lingual, multi-ethnic and multi-religious society, only one of these components controls almost all the state resources while the crumbs are thrown to the rest of the society.

The manifestations of internal colonialism in Eritrea are:

It’s also much more dangerous than formal/external colonialism, because:

Formal colonialism is well recognised globally and it’s no longer acceptable and highly restricted (post-colonial period); its unlawfulness has been included in the United Nations treaties.

Moreover, formal colonialism is such a wound in the human body, whoever sees it sympathizes with and provides support and advice to the affected. Therefore, it’s much easier to treat and get rid of its effects.
While an internal colonialism is similar to cancer due to its invisibility, others won’t know of its existence, or feel the suffering it causes to the suffering, thus could not offer sympathies, support, or advice.

Even if the colonised raise their voices to explain their case to international community, it may be considered an internal matter or rebellion because the colonists frequently carry out counter-propaganda to conceal the truth, deceive the local and international public, and hide under the garment of patriotism.

Also, unlike external colonialism , it can hide under the cloak of patriotism, deceiving and misleading the masses through revolutionary rhetoric, propaganda focusing on national security. They also fabricate charges of treason, and accuse people of dealing and communicating with the enemy to justify their punishment, their exile or disappearance.

Finally, understanding historical colonialism and its interpretations not only helps us understand the current circumstance and sufferings of some groups within one state–those suffering from internal colonialism as a result of the domination of ethnic, class or religious groups over others, and the deprivation of their rights, freedoms, and inequality. But also it helps us develop a framework that provides a solution to the problem at the national, regional and international levels. Therefore, this issue deserves an attention of sociologists, historians and politicians in order to reach the desired goal – at the lowest cost- to a more egalitarian and peaceful world.

Note: This is for those who believe that Eritrea is a free country because they are unable to distinguish between freedom and independence. And they don’t realize that the citizen of Eritrea was much better off in the era of colonialism than it is now. Be free and learn to say no, when necessary.