Division In The Name Of God!

Posted on November 23, 2019 by Siraj Abdurahman in Articles 22 Comments 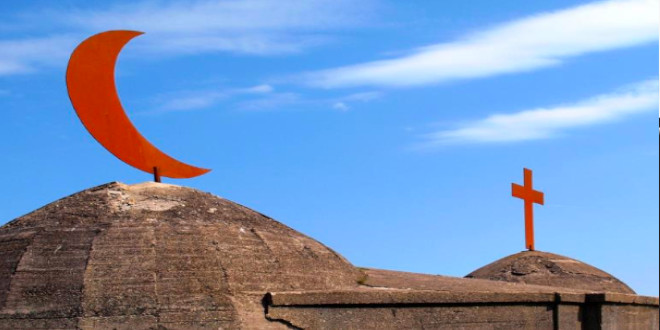 I was born and raised in Eritrea until I was in my teen years. Since then, I have been living outside of my country for about four decades. My late father was a government official so I had the opportunity to live in Asmara, Massawa, Aseb, and Dekamhare (Akele Guzay).

In Dekamhare, I remember my family was one of the few Muslim families living in a midst of many Christian families. All my classmates, friends, and soccer teammates were Christians. I do not recall having any open religious animosity in my neighborhood.  As neighbors, we all played, laughed, joked, and supported each other while respecting each other’s religion. My Christian friends used, on a religious holidays, to invite me to their homes and I did the same. For the most part, I believe the Christian-Muslim relations in Eritrea have characterized by constructive living together.

However, nowadays some Eritreans want to divide theMuslim-Christian relationship by spreading venomous comments and divisive messages on a social media. They try to emphasize some difference and minor conflicts of the past to overshadow the long peaceful experiences of our co-existence as Muslims and Christians. They want to succeed by creating a wide gap among Muslims and Christians so we can lose focus in building our country and fail to engage in frank and honest interchange. In my opinion, if we give chance to listen and follow to any messages of religious divisiveness, we can quickly build up new attitudes of distrust and hostility among Eritreans. Therefore, it is incumbent upon each of us, Muslims and Christians, to make concerted efforts towards a new understanding in scholarship and dialogue under the current developments, political and otherwise.

My humble message is, therefore, the need of a new urgency in our consideration of Christian-Muslim relations and of our priority in dialogue and cooperation. Our response should build on much of what we have learned from our history of mutual and peaceful co-existence. Those of us who are justice, freedom and peace-lovers know that our future Eritrea will not survive without the bond of brotherhood/sisterhood among all Eritrean Christians andMuslim.

Definitely, the future of Eritrea, that we all dream of,  will not be beautified and glorified without respecting each other’s faith and full participation of allMuslims and Christians. As we all know, one of the distinguishing characteristics of modem society is its pluralistic nature. No society in the world today, whether traditional or technologically advanced, is homogeneous. In Eritrea, like anywhere else there are social groups made up of people of different backgrounds, in terms of language, culture, ethnic origin, socio-economic class, race and religion. Thus, we should be very careful and be vigilant not to fall into division based on religion because our division can create chaos and will potentially become deleterious to our society.

In conclusion, in Eritrea, in the face of threats that today confront us,Muslims and Christians, there is an important contribution which all of us can make that is, all of us, to be members of construction NOT destruction. There are enormous possibilities for collaboration between Muslims and Christians to work together for social and racial justice, for the defense of human rights and people’s rights, for safeguarding and promoting religious freedom, for resolving conflicts peacefully, for addressing the plight of refugees and displaced people.