In The Blink Of An Eye

Posted on December 30, 2014 by Abdulkader O. Ali in Articles 4 Comments 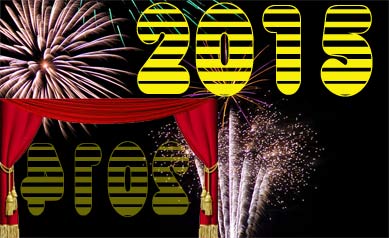 Verses on ‘Politics’ and on a Year Gone By

Some graciously wished out of kindness and solidarity
Had I contributed materials more often with regularity
And not sparsely as is the case now claiming with sincerity
“A situation which is depriving them the joy and felicity”
From reading what they termed a gift from me, a charity
I thanked them regretting that not all wishes come true in certainty
“If wishes were horses beggars would ride” quoted I from antiquity
But in addition to my incompetence and the waning prolificity
As well as the daily pressures and the dwindling mental alacrity
Listing some reasons for not writing I added with sincere humility
If the volume of comments to postings is an indicator of any validity
In assessing the readers’ choice, interest and a post’s acceptability
My current topics of interest may not be appealing to the majority
The bulk of the readership and the visiting web surfers in generality
Who may be fans to the sensationalism of ‘breaking news mentality’
Because I intentionally avoided the so called hot issues of popularity
Those which draw public eyes and go ‘viral’ on social media utility
Mainly politics I avoided; avoided it for its divisive particularity
As it had never ever brought and I guess will not bring unity
For innately if it served you it may deprive him and her thus polarity
If not antagonism, disharmony, division, discord and disunity
Inevitably the unhealthy ‘us’ and ‘them’ egg is hatched in perpetuity
As shown by the splintering ad nauseam of the majority
Followed by the natural fractioning of the privileged minority
Into smaller criminal interest groups of sophisticated modern banditry
As the trend is indicating manifestly with luminous clarity
That is the eventual outcome of politics not guided by ethics and morality
As far as I can see with my limited experience and mortal ability

And above and beyond all that another reason for lack of posting or its scarcity
Is that as far as I can remember and from what seems since semi-eternity
My kind and I have been victimized by the politics of the ‘fraternity’
We remain recipients of cycles of oppression from brethren in humanity
From our kith and kin that have been blinded by sheer ethnocentricity
And seem so far oblivious of our patience, a virtue which has finality
We may considerately turn the other cheek but certainly not for infinity
We know apparels make no monks as slogans turn not any mal-intended entity
With checkered past and bloodied hands into a fighter for rights of humanity
As such, hurt and full of pain from their deep-seated animosity
If I were to tackle political issues with vigilance and acuity
I am certain a few would be spared of culpability
And multitudes shall carry the burden of complicity
And that is not my desire at least for now for the sake of unity
Yet, I swear exposing the foxes hiding on sheep’s clothing is a noble duty
That needs to be carried out diligently without delay or discontinuity
And that too, My Dear Friends, paradoxically enough for the sake of unity!
***
Today however, I felt like obliging those who when we met in the City
Asked if they should expect an article or some verses as a variety
Every now and then, if not, at least periodically with regularity
Hoping they‘ll forgive me for not fulfilling their wish in its entirety
Begging all to note the narration qualified by the apology left for posterity
I present these verses as a contribution of hopefully some quality
Worthy to be shared and on this site granted publication eligibility
***
Just to set a background bragging is neither my desire nor publicity
Apologies are warranted therefore lest some misconceive egocentricity
As it is not yours sincerely but the loathsome politics and its monstrosity
Which, as subject-matter is intended in these lines to be given the priority
The personal pronouns were unfortunately unavoidable as a necessity
For without them, that is the I’s, me’s and ‘you’s and those in proximity
The piece would not smell of poetry but an arid report of technicality
Consensus granted let us proceed to reflection on politics and authority
And on ‘time’ as well as on yet another year heading swiftly to nullity
***
In all honesty
Not that I am unaware of or dismissive of its gravity
But politics in its enormity
Politics in its entirety
Politics and its monstrosity
Politics of the ‘mettalelty…’
Politics is not my cup of tea
No, it is not so, I do not entertain politics in all honesty

Politics, simply put is not my cup of tea
Free as a bird, I do not belong to any party
Surely politics in its totality is not my specialty
But the love of my country, its people and the whole humanity
Is my trade mark since my infancy and way back to my nativity
A born nationalist through and through from patriotic maternity
To a more dedicated nationalist and nation-loving paternity

“Diplomacy” is not my trade. No, I abhor hypocrisy
I call it bravely as it is without fear or leniency
So much so at times some may equate it to “lunacy”
That is why I often restrain my pen even though it may fancy
To tackle political topics and some issues of controversy
As such you rarely see political articles signed by yours in courtesy
So as a short break from politics to Awatistas and as a legacy
Accept these warm lines of love that you may chance to see
From a compatriot who is never tired from calling for justice and normalcy
But now for change’s sake let’s step away from “statecraft” and policy
And entertain ourselves with (quasi)poesy, a different craft in literacy
Till we return later to debate the likes of ethno or plutocracy
And then struggle and grapple with issues of demo or theocracy
***
Following the footsteps of Winter Blues and a year gone by
Carried on wings of love here comes On the Blink of the Eye
You may reckon, more or less a year ago today, posted I
Ruminations of a patriot in exile of a traveler passing by
A reflection, a personal cogitation, — a lone – soul’s cry
That, which despite me resisted privacy and chose to defy
When providence exposed it on awate.com   and I know why
It was that curios telephone call from a close friend nearby
Who coxed and cajoled its publication and I had to comply

I know not how many actually read the post, and how can I?
But ‘am afraid to say, My Dear Friends, and I don’t hide or shy
That the number of comments on site, though positive was not high
Yet on this anniversary as the year vanished in a blink of an eye
And the last few hours of this year like a fleeting dream rolled by
In spite of the apparent lack of appeal my pen chose to sail on high
Rising from a stupor that overtook him and turned him stale’n’ dry
So here I venture to vent out once again and give it another try

Although it just seems like only yesterday when I sat to cry
The demise of a precious time that I can no longer trade or buy
A part of me wasted, a good chunk of my life, a full year gone by
Here I am lamenting another year that just fare welled goodbye
Alas! That is our ephemeral life – days and nights born to die
Transient glamour destined to pale soon and to eventually putrefy
A life dwindled by the air we breathe in and push out as we sigh
Alas! It is a whole solid year lapsed! I wonder how fast days fly!
A whole year chopped from our lives and we don’t flinch or say Ay!
Squabbling selfishly over frivolities while injustice is staring on the eye
And oppression is still reigning all over as you know well and so do I
And greed at times naked and times garbed to mislead and mystify
Is running havoc all over the land as we all agree and testify
Yet after all that, many a one if not an accomplice or an avowed ally
Are as silent as the graveyards! And I don’t know why!
They’re mute, dumbstruck as if dead – how can we such acts justify?
I can’t fathom such a behavior or comprehend how hard I may try

Wishing you and those you love a prosperous new year let me prophesy
By way of encouragement, not that of the shrewd fortune-teller, the sly
The soothsayer that imposter who loves and lives to lie
But rather as merriment on a new year’s arrival drawing nigh
And “to kill time”, that is life, as if enough killing isn’t going by
Time, whose departure ironically I was meant to lament and cry!
Let me feed the good hope and spread the glad-tiding and prophesy
That your indefatigable efforts for justice shall thrive and multiply
And that you all shall strive harder to grow in goodness and apply
The golden rule whose veracity, utility and universality no one can deny
“That your faith is incomplete an empty claim, a mere lie
Until and unless you love for others what you love for yourself and vie’’
That divine adage uttered by various mortals yet descended from the sky
That priceless aphorism revealed from the All-Mighty on High
Is a paraphrase of a tradition, a rewording of a Hadeeth that I testify
Is said by the Prophet sent as a “Mercy to All Creation” low and high
To our enemies, to those we love, to those we know and know not, to you and I
No, don’t misunderstand me ‘am not proselytizing, you have your faith so do I
It is the commonalities I underscore for those with vision and sound eye
I wish you love and peace and beg you to work hard, toil, ply and try
To establish justice and equity and fight tyranny and your ranks fortify
And let’s begin from within ourselves, let’s right the wrong and rectify
For charity begins at home as the sages say, identify and clarify
And those endowed with wisdom teach, preach and exemplify
_______

An old poem by the same poet: Winter Blues And Another Year In Transition.