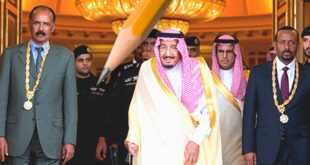 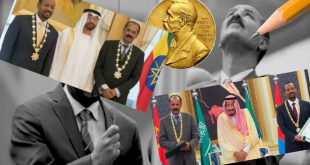 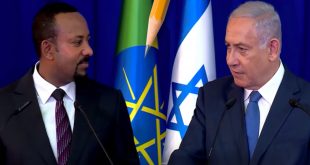 Arguably, there are few people in the world who yearn for peace like Eritreans. However, peace has been always elusive. For centuries, the export of mayhem to the north, from parts of Ethiopia, had remained constant with adverse effects on Eritreans. Unfortunately, in that aspect, so far, Dr. Abiy hasn’t fared any better than his predecessors.

Not A Fuzzy History

For Eritreans, it was only during the Italian occupation of Eritrea that the Ethiopian expansionist ambitions were curbed. In the last years of the nineteenth-century* Eritreans had to choose the lesser evil, between two occupational forces: Ethiopian and Italian. Therefore, placed in such a precarious situation, they had to make a choice.

Emperor Haile Selassie found a golden opportunity in the bi-polar world dominated by the USA and the Soviet Union when the two superpowers began to jump at each other’s throats immediately after WWII.

Throughout history, Eritreans had developed a dynamic model of coexistence where they accepted their diversity and lived in relative peace. Alas, the Ethiopian feudal lords had to use the only governing method they perfected: divide and rule, sparking religious strife, and regional conflicts. The flagrant aggression of the early 1960s initiated by Emperor Haile Selassie led to a bloody thirty-year war—the Derg had taken the baton after the first half of the thirty years and continued to pursue the same scorched earth policy that wreaked havoc in Eritrea. That phase of suffering ended with the defeat (DEFEAT) of the Derg in 1991. However, the elusive peace continued to stay out of reach as the ostensibly Ethnophile Isaias Afwerki took power.

The Eritrean president has realized that Eritreans will not forgive him for the misery he caused them. Therefore, he became more reckless as he is incapable to reconcile with the Eritrean people or bring about reform.  While we believe people can redeem themselves, Isaias cannot escape accountability for the crimes he committed in the last 40 years—and it is inconceivable he could have a place or a role in the future that Eritreans wish for.  So, in trying to avoid the day of reckoning, he has accepted the lifeline PM Abiy has provided him. It is that mindset that Dr. Abiy is exploiting in an unrefined manner and is aggressing on Eritrean sovereignty. But he is not alone; he has collaborators, mainly the UAE rulers who see Eritrea as a stepping stone to expand their imperialist ambitions, evidently, with disastrous humanitarian consequences as exemplified by the war it is waging in Yemen.

So far, PM Abiy’s disregard for the rights of Eritreans has been in direct contradictions to what he preaches to his people. He certainly is aware why thousands of youth are escaping from Eritrea. However, he cannot claim to be ignorant about Isaias violations because sooner or later, he has to deal with the inevitable change–and Eritreans will not forgive him for his complicity in prolonging their sufferings.

PM Abiy has been acting and pretending as if Eritrea is a territory up for the grabs as illustrated by the following:

Such provocations are being taken seriously. Unfortunately, the culprits are groups loyal to Haile Selassie and Derg, forces that Eritreans fought for decades to defeat, who has been rehabilitated by PM Abiy.

The above lofty textbook ambitions are juicy for media consumption, but in reality, they are fairy tales, a feel-good statement aimed at creating a larger than life persona, idealistic, even when they are impractical and amateurish.  Many Eritreans are highly skeptical of the dreams, though they wish PM Abiy all the best as long as his ambitions are not accomplished at the expense of the Eritreans people.

The Eritrean skepticism is rooted in the deep financial and economic crises Ethiopia is facing. By his own admission, PM Abiy stated that it would take ten years for Ethiopia to solve its hard currency shortages. Financial support from Saudi Arabia and UAE have strings attached to them and are limited.  Over the last two years, Isaias oil-rich patrons (Qatar, Saudi Arabia, and UAE) have not invested significantly in Eritrea and given the drop of oil prices, it is unlikely they will invest heavily in Ethiopia. Last September, China restructured Ethiopia’s $42 billion debt after Ethiopia failed to meet three debt payment obligations in early 2018.

In addition, Ethiopia, despite its alarmingly growing population, the job market has not expanded to absorb the youth, especially those who are graduating from the tens of colleges in the country.

Moreover, the current Ethiopian ethnic entrepreneurship patronage system was proved to be prone to corruptions and unworkable in Ethiopia, let alone to work regionally or compete in today’s global economy. It is the same patronage system, based on EPRDF economic policies, that PM Abiy described as “corrupt in the head,” –still not disavowed by its beneficiaries– the ruling coalition.

Ethiopia has its own gargantuan problems that Eritreans truly hope it finds a way to resolve. However, the fact that its problems hidden behind the favorable international media ambivalence that Dr. Abiy is enjoying might not last long, and as the recent Saudi tragedy over the case of Jamal Khashogji illustrates, one wrong move could easily undo all the PR efforts designed to cultivate a favorable public image.

In 1974,  when the BBC aired footage of starving Ethiopian children and reports by Jonathan Dimbleby, it did not take long for the international community to abandon Haile Selassie.

In the mid-nineties, after the US army retreated from Somalia, the international media subscribed to the Clinton Administration’s search for a success story in Africa. That act led to its inaction in preventing the Rwanda massacre, yet it described the regional despots as Renaissance leaders. It did not take long for these leaders to ignite a disastrous war whose aftershock is still being felt in the region.

While the Ethiopian government media has been largely ignoring the humanitarian crises, the Ethiopian private media, which is largely controlled by ethnic-based political organizations, either amplifies or downplays the events depending on partisan interests.

Often times, international media attention greatly influences the attraction and the flight of capital investment into a country or out of it. Hence, it is a double edged sword–it can easily help create a reputation as it can also easily destroy those who misuse it, or abuse it, or simply do not understand it.

Responsible media and public relations campaign are necessary tools, not an end, to articulate any credible vision. However, governing should not be confused with a public relations exercise supported by fanfare, media blitzes, and smart crafty headlines. At the same time, the media is not totally influenced by rosy and big vocabularies. Buzzwords, big words, and eloquent speeches are temporary gains that could leave an uplifting impression on people’s minds and win them over in partisan rivalries for a limited time.

Once again, PM Abiy better remember that Eritrea had been consistently an Achilles’ heel for of his predecessors and unless he fully recognizes and unequivocally states that Eritrea as an independent and sovereign state, his fate will be that of his predecessors. We believe the political alliance he forged with Isaias, whose sole aim is to destroy his arch-enemy the TPLF, will not help his efforts to solve the daunting economic and political challenges Ethiopia faces today. Nor will he be able to diffuse the current ethnic conflicts raging across Ethiopia; he cannot have a role in helping to keep Ethiopian unity. The recently renewed ethnic tensions coupled with the strong reactions to Jowar Mohamed’s statements criticizing the meddling of Isaias in Ethiopian internal affairs are foreboding cues of things to come.

We are calling PM Abiy’s bluffs to remind Eritreans not to fall for the psychological warfare aimed at undermining our sovereignty as free people. PM Abiy needs to remember that it is only Isaias who is being trapped in the quagmire he created for himself.  It is only Isaias, not the Eritrean people, who is beholden to him for his newly found relevance.

Through time tested resilience, Eritreans will continue to assert their legitimate rights, now and in a post-Isaias era, irrespective who is in power in Ethiopia.

Links
The Crisis Below the Headlines-Conflict Displacement in Ethiopia 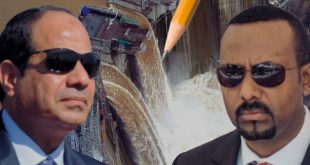 The embattled Egyptian president AlSisi has resuscitated the Nile water crisis with Ethiopia. The differences …