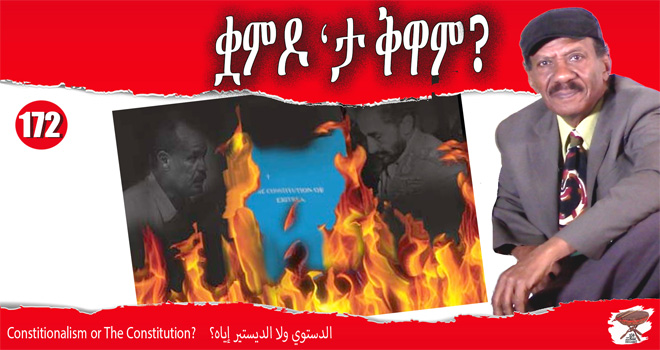 [Reading time 9 minutes]
Carlo was a driving school owner and trainer who was traveling to Keren in a bus together with his friend. The bus driver was reckless and seemed incompetent. The bus swayed and the passenger panicked, including Carlo. The friend asked Carlo to sit beside the driver and instruct him how to drive safely. Carlo said, “I can’t give a live training, just pray we reach our destination safely.”

Do you think Carlo should have trained the drive live while he was driving? Think about it

A few days ago, I was stopped by a traffic policeman while driving in a busy street. I pulled up to the side of the street and the policeman was approaching me with a big smile. I reached to the glove compartment and took out my car registration and driving license; obviously that’s what he would ask for. The policeman himself by the car and said, “Thank you. I am giving you a ticket” I was surprised, “what did I do?” He said, “well, nothing but you were driving properly, and the ticket is for good driving.”

Do you think good drivers should be given a ticket for “good driving? Why do the police give tickets for violations, but they don’t give it for not violating drivers? Think about it.

Incidentally, that is if you are wondering why people who oppose the PFDJ talk about its mistakes and not about the good things it does, though not many. Usually, citation and tickets are given for violations only.

Why a specific constitution?

As you know, Tunisia was the starter of the Arab Spring which is quickly turning into the Arab disappointment. Until recently, Tunisia inspired the region by the democratic strides it was making—on women’s’ rights, on social reformation and others. But last July, Kais Said, the Tunisian president, suspended the parliament, sacked the prime minister, and started to rule by decree. Last April he restructured the electoral commission by keeping three of the nine existing members firing the six and wants to make it a seven-member commission. He is jeopardizing the democratic strides the country was making since the Arab Spring. But the president’s coup against his old self has caused economic chaos, and shortage of many supplies. Also, the judges will be chosen by the Supreme Judicial Council he unilaterally replaced this year—and the independence of the judiciary will be compromised.

Kais Said has been doing that since he took power and gradually assumed full executive powers. Last year he said he could rule by decree. And he is rewriting the democratic constitution introduced after the 2011 revolution. A referendum is expected in two months. Tunis is facing a coup against the constitution and the country’s political parties are divided. While some are repeating the Eritrean slogan “we are the president, and he is us” others are frustrated. These are a few among the many crises Tunisia is facing including all national commissions becoming the president’s commissions.

Parliamentarians voted online to stop his measures which includes control of legislative and judicial powers. He responded by threatening to persecute all those who voted in the virtual meeting on charges of conspiracy against the state. Surely, the justice minister has already leveled a terrorism charge against almost two thirds of the parliamentarians.

In March 1994, the Provisional Government of Eritrea established a Commission to draft a new constitution. The drafting authority was the transitional National Assembly, a body consisting of 75 members of the EPLF Central Committee, and 75 representatives elected by regional assemblies constituting EPLF members and loyalists.

In 1995, a global symposium was held for the drafting the Constitution. Eritrean representatives worked on it with several international experts, some of whom trained senior PFDJ government officials. Not many have an idea on what, probably the trainees would know.

For two years members of the commission, handpicked by the PFDJ, roamed the world supposedly debating and explaining the draft constitution and collecting feedback. However, after doing so for more than 2 years (I have participated in several such meetings), nothing of the feedback was incorporated, the feedback and objections included, the system of government, election of the president, languages, land, economic policies, and a host of other pressing issues. There was one exception though, Article 35 which had a single item, Oath was amended, and it read:

Article 35. Oath Every member of the National Assembly shall take the following oath: I, _______, swear in _______ that I will be faithful and worthy of the trust the Eritrean people placed on me; that I will uphold and defend the Constitution of Eritrea; and that I will endeavor to the best of my ability and conscience for the unity and development of my country.

Here is the orphan change from the initial Oath that dictated:

I______. swear in the name of martyrs!
Like most of the world, Eritreans take an oath by naming their holy books’ the only amendment to the draft allowed those who would assume official positions to swear in whatever they pleased, like “I swear by the name of Hamra Lamey to be faithful….

Then, in 1997 “good news” came to us: the National Assembly ratified the 21-page constitution. However, soon the president announced it was dead, probably strangulated. A few years later his advisor Yemane Gebremeskel stated they were drafting another constitution; no one should be surprised, to this day, Eritrea doesn’t have a constitution, no rule of law. The sham National Assembly has not met since 2002, and even the PFDJ central council has not met for decades… no one knows how many of the members of the two dead councils are exiled, jailed, or dead. Isaias Afwerki is the constitution, the absolute dictator of Eritrea. He considers the country his private ranch and Eritreans his subjects.

Sadly, there are Eritreans who remember the constitution every other season. They consider it the equivalent of the Magna Carta, or the declaration of Independence, or the bill of rights, and kick start a new campaign to promote “The Constitution. I have seen many periodic attempts to breathe life into that dead mummified paper.

So, don’t I want a constitution? Of course, I do. I want A Constitution, not The Constitution. My demand is to have constitutionalism, not to implement “The Constitution”. Free spirited Eritreans aspire for a constitution legitimately fathered by the Eritrean people, not by the party that appropriated their rights.
There is a saying, Hamiyha haramiha—it means, the robber of an item cannot be entrusted with its safekeeping.

That explains my view. And those who think a constitution is a difficult task, better read and learn more about the experiences of others—a one-page declaration of main points can kick start a transitional government.

Everything else should start from a constituent assembly composed of diverse social and political entities—and that requires a party formation law—and if some have forgotten, Mahmoud Sheriffo was the head of a committee that drafted the part formation law which Isais refused to accept and that led to Sheriffo being jailed without trail or visitation rights for over two decades. Only competing parties can lead Eritrea on a proper, just, and fair, path towards reconciliation, peace, stability, and social development.