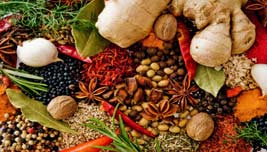 Many benevolent Eritreans have doggedly asked me to apologize for my past and after dodging this appeal, I relented by telling them, “write it down and I will sign it”. Now I made that elusive U-Turn yet again, I am back in the sovereign state of “un-apology” because as an economist, I am intimately cognizant that apology is taxing to the brain and the eyes, therefore I will not apologize even if someone writes it for me. I would be as imbecile as the opposition to fathom in de-stabilizing a sovereign and secure state just because it is adamantly “un-apologetic” for the sake of its survival. I will not dignify the appeal, however well-meaning it might be with my autograph. I say elusive because many people have problem completing the proverbial turn, even with the advice and leadership of a seasoned U-Turn veteran: yours truly.

I am a child of privilege because I was born to a mother and father, a luxury that many if not most Eritreans lack and this peculiarity made me the envy of all my Eritrean peers and friends, who jealously mocked and terrorized me for being who I am. To defy this I ingeniously cultivated and refined a novel hobby of spice collection to fill the void that my privilege created. I would roam endlessly the endless aisles of spice vendors in the Sudan every day. This was how and why and my principal motivator for becoming a self-made expert in spicing up things. Any human endeavor be it a hobby or a job has some occupational a hazard associated with it. Spice collection is no exception. My cross-eyed and dizziness that were made worse by the belaboring of senile opposition leaders have their debut in my hobby. The sight and smell senses are heavily used in the art of spice collection and that is why I am cross-eyed in my current vision, hindsight and foresight. This was the price I had to pay to enjoy solace in that murky, but spicy world from the bullying. Give me the most insalubrious dish, or any unsavory, scandalized, filthy idea and I will make the first delectable and the latter sanitary solely by using the magic of unique and obscure combination of spices and herbs. This is why when the snoring opposition piles up all the allegations against the PFDJ, I sparingly use my craft, enough to qualify me as justice seeker with a bent for romancing dictatorship, but when the PFDJ finds the most minuscule allegation against the compulsively snoring and serial failures, I utilize all the brand names and as many of the spices at my disposal, making the allegations by the PFD salaciously affordable and appetizing even to those without privilege. Do not take my word for it, just revisit what I did to the age old faint grumbles of the “Kebessa” domination and land grabber soliloquy.

People were traumatized, appalled and outraged exactly in that order when I branded my column “U-Turn”. If you are tormented by the lack of the blessing of being born from a mother and father then I have to unambiguously spell it out for you to comprehend it. The old adage of “n’lebam ammTelu” will most definitely not work on you. I made my first “U-Turn” when I came out of the wood-work and penned a series of treaties about land grabbers and Neo-Nazis. The moderators also made it worse and more confusing to the “unprivileged” Eritrean reader by locating the arrow on the wrong side, since my first “U-Turn” was illegal, the arrow must be red colored and on the right side. It was wrong to abandon both my government and my people. “teTaEse, zeyteAs aiyeweled”. The first one is the only entity that is preserving the country and assuaging the prevalent and seemingly intractable national problems. The latter are doing the right thing for submitting to the government that is trying to ameliorate their lives and keeping them safe from the Woyane and those who are fantasizing of hitchhiking on the tanks of their financiers. Because relinquishing the land grabber madness was legal, another “U-Turn” sign with its arrow on the left side should intersect the red illegal “U-Turn” sign. And because both the legal and the illegal “U-Turns” made me end up where I was in the first place, a square should enclose both “U-Turn” symbols. If I have confused you, think of it this way: The first one was the “U-Turn Flesh” and the second one was the “U-Turn Spirit”. Since the “Flesh” must die for the “Spirit” to both eternally live in the heart and go back to its rightful owners, the PFDJ, a straight arrow should point backward starting from the point where the two “U-Turns” meet. This will help the bewildered, the snoring and those using my per bono services to complete their “U-Turns”, the ultimate destiny for any good Eritrean worth his salt.

As if to make the old cliché of “there is always light at the end of the tunnel” true, after a long, solitary and anguished trek, I found a soul-mate in the person of Semere Tesfay. The irony is that he was created after me, by me and from me. Amazing! But wait, it gets better. He was created from me, he is “finchah mesengeley”, while I was awake and hyperactive in the land grabber lunacy. But we tied the knot while I was snoring in the front row of opposition meetings. “Zgeberelka ngerelu way giberelu”, I come hard on the opposition, but let it be known that if they did not induce that “Luwam zelewo” sleep our match made in hell matrimony would not have been blessed to become the envy and outrage of our enemies. Had I known sooner that Semere Tesfay was always that crisp, that wise and that smart I would have been on my knees with that ring of infidelity sooner, “tetsGibenni kichas ab megogo’a kola ayfeltKuwan” when it came to “semiruley tesfai”. Truth be told no opposition group ordered me to dub the “Kebessa” land grabbers and “Neo-Nazis”, but they still “tegagiyom agagiyomna”.

I have a Muslim name, but I am a devout disciple of the Babylonian myth of creation which in a nutshell says: humans were created to till the land on behalf of their gods and masters, after their death, they return to their gods. In this myth man was civilized only after meeting his soul-mate and as you can see I got “civilized” only after meeting my soul-mate. Compare my rhetoric in the land grabbers with my current debate. Now I am demanding more civility both from myself and every reader at every opportunity. Just like in the Babylonian Epic of Gilgamesh, when man was a wanderer in the wilderness and feeding on milk from wild animals, I am like the character, Enkidu who got civilized after meeting his soul-mate, who taught him everything from farming, eating bread and drinking fine wine. “Habibna” Ismail Omer’s dramatic conjecture of my drive is wrong on two counts: namely in his contention that it was bewildering drive and on who I met in the ride.

My love affair with “semiruley tesfai” was postponed before and then was fulfilled and I hope that it does not get postponed again with unforetold U-Turns.