Posted on September 8, 2017 by Beyan Negash in Articles 52 Comments 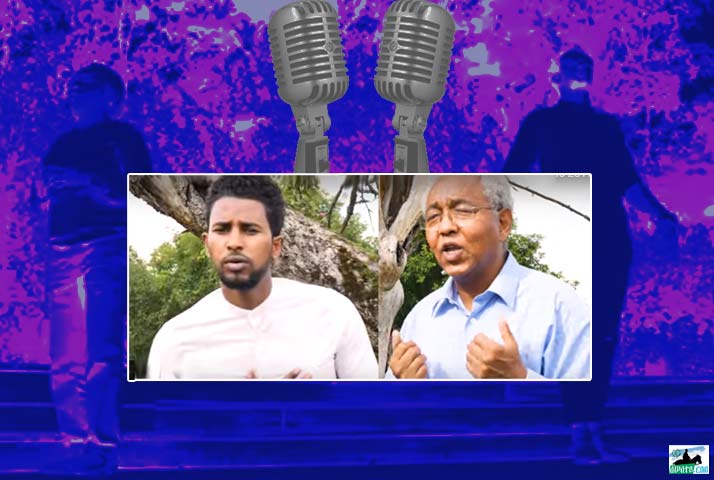 When a society’s every endeavor is consumed by political upheaval for decades upon decades as the embodiment of its history, norms of various types are impacted by it so much so that they stay stagnant. As luck would have it, stagnation is not equivalent to demise. One corollary of such history of endless political turmoil is that Eritrean art stays on a trajectory of an ebb and flow mode subsisting at times and thriving at another. Ostensibly, for the purposes of this article, art is what I have in mind. “Not so fast! Art is too vast!” I can hear voices from readers shouting out! Let me be a bit tepid and more specific then: Eritrean music is what’s in my mind. But then, the same voices are getting louder in their retort as they protest that there has never been a proliferation of sorts in music than today. Exhibit A, they would add as their evidence is this: Eritrean songs seem to pop like popcorn at every turn; they are just a hop to the digital world, a skip to a You-Tube, and a jump to a Google away – Hard to disagree.

But, there is more to music than meets the eye. Enter into Abrar Osman’s and Fitsum Beraki’s music Here , it will leave you not only mesmerized by the chemistry you see in this creative pair but also in the way they deliver their artistic talents; not to mention the way their melodies are harmonized. It is said harmony complements melody, but in this duo, one will be hard pressed to separate the two. Their rhythm and their pitch defies any subordination hint; only seamless coordination with pulse-beats pounding rhythmically much as one’s heart does on an autopilot thanks for the blood flow rolling through its chambers ceaselessly and rhythmically. Abrar and Fitsum have opened the chambers of music wide open toward a new artistic height.

One couldn’t help but wonder if there is something new afoot here. In other words, might this be the beginning of the “Protean Encounter”* of our own version OR that the “gods of the sea” are just playing transmutable tricks on our minds. The singularity of the title ባህጊ’ለኒ as opposed to ባህጊ አለና speaks to the artistic cohesiveness of the two, by extension to the hope for Eritreans the same. Of course, musically speaking the consonance is tight where there is no decipherable dissonance in tonality or in their harmony, nor to their melody. There is no discernible distance between the two singers either: notes-wise or singing-wise, save the only obvious age differences where one is at his prime while the other is maturing wisely, indicative from the graying hair, which is one of the most attractive aspects to the duos, in my humble opinion, of course.

In fact, the first striking aspect to this dynamic duo rests in the seemingly unlikely pairing of the said artists creating musical bond that ranges the gamut generation-wise. The older appears to draw energy from the younger and the younger seems to mature by singing in this particular duet when only few years ago he was barely a teenage making a trek on a rudderless, scruffy boat. In fact, this came to light at least to me earlier this year when I watched an interview Fitsum had with Weini Suleiman**. I have a very soft-spot for our youth, who seem to continue to pay unseemly price, one that alters their future irreparably. As a viewer, I could see the host was trying her level best to get him to open up, one could see his resistance through his demeanor, the way he was being fidgety, the way he was sitting, the way his fingers were making nervous movements, all riveted me.

As it turned out Fitsum Beraki knew many of the Eritreans who perished in the Lampedusa tragedy. He slowly opened up, but you could see the pain on his face, in his demeanor, and in his voice. He talked about how art was suffering among Diaspora Eritreans where there was no concerted effort being made to organize the artists into some tent where they could share their artwork. Of course, one could easily add this to Fitsum’s assertion: A crucial area that requires resolute effort is to have a space where artists can collaborate and become part and parcel of that whole movement in the opposition. We all know the critical role music played in the struggle for independence as Mahmoud Abubaker’s *** analysis of the duo’s song illustrates, which was brought to my attention by a friend when I shared my rough draft for some critical lens. The deprivation of art in Eritrean context is negatively impacting our spirit and soul – And music is part of what sustained us in the past and will continue to sustain us now. At long last, there appears to be a pivot in Eritrean art as this duo in question makes it glaringly clear.

Considering the dramatic life experience Fitsum had undergone in the process of crossing the turbulent Mediterranean Sea not too long ago, in which he lost multiple friends and acquaintances to the vagaries of the sea; it is hard to imagine him delivering a knockout blow to the gods of the sea, telling them, as it were, that they may have taken away countless human lives, but his immutable Eritrean nature is coming forth solidly in the song. It is in situations like this when one seeks refuge in poetry. Shakespeare’s sonnet 12 cries to be read. Perhaps, using the modern language version of it will do for our purposes here:

“When I look at the clock and notice time ticking away, and see splendid day sink into hideous night; when I see the violet wilt and curly black hair turn white with age; when I see tall trees that once provided shade for herds now barren of leaves, and the summer’s crops tied up and hauled to the barn as if summer itself were an old man being carried off to his grave—then I have doubts about the fate of your beauty, since you too will have to undergo the ravages of time. Sweet and beautiful creatures don’t stay that way; they die as fast as they see others grow. And there’s no defense against Time’s destructive power, except perhaps to have children—to defy Time when he takes you away” (Emphasis mine. Extracted from “No Fear Shakespeare”).

On the other hand, Abrar, a veteran artist who keeps shining bright whenever he sings and never seems to disappoint. Over the decades he has capably given us unique artistic disposition with a demeanor, integrity, and class. He is now sprouting with the times, inventing & reinventing himself by joining the younger generation and holding his own. As one friend in FB likened him to a wine that tastes better with time. A litany of songs can easily be attributed to the man’s talent and to his artistic integrity as well. Abrar seems to not fear the “ravages of time”. “Time’s destructive power” doesn’t seem to dissuade him. In fact, it appears that he has made his peace with it; as such he is willing to appear in a duet, gracefully joining hands in this one of a kind musical pairing with a young man. The distance between poetry and music is not that far. Sonnet 30 seems to be screaming for some deciphering. Well, thanks to “No Fear Shakespeare”, here, again, is the modern version of sonnet 30:

“When I sit alone in silence and remember the past, I get depressed about all the things I don’t have that I once strove for, and I add to old griefs new tears for all the valuable time I’ve wasted. Then I can drown my eyes, which are not usually wet from crying, in tears for precious friends who are dead, and I can weep again for hurts in loves that are long since over and moan about the loss of many things I’ll never see again. Then I can grieve about grievances I had let go of and sadly recount each woe that I’d already cried about in the past, feeling the pain all over again, as if I hadn’t suffered over these things already. But if I think about you, my dear friend, while I’m doing all of this, I get back everything I’d lost, and all my sorrows end.”

The inevitable nature of cycle of life is such that we compulsorily go through its journey with great trepidation at times and with great triumphs at another. Such is the journey; all along cognizant of the fact that I haven’t even addressed the lyrics to the duo’s song, which will have to be left for others to dwell over. This Tigrinya song is rarefied artistic feat because there do not appear to be that many musical renderings done in duos, let alone one done generation removed. I found Amharic ones, though, one between Mahmoud Ahmed & Gosayye Tesfaye in ኣደራ and another between Aster Aweke and Yegna Band in ጣይቱ, but Amharic deserves its own entry as it has, by far, prominent musical presence than that of Eritrea, at least in exposing its public to variations of artistic endeavors. One persistent thought that kept nagging at me through the writing of this piece, which I cannot seem to disentangle from my thoughts, is this:

Eritrean veteran activists seldom do they receive credit for their selfless – in many cases, lifetime – commitment toward political and social justice that they continue to fight. The lyrics of this song seems to speak to these unsung heroes who continuously receive the short shrift based on the tenuous assumption that their activism is all for power grab. It is about time we – in the opposition – stop second guessing one another. Let us give it to our veteran activists if only this one time, if only this one song can be dedicated to them all. Now, that would be a moment in time when we will all know we’ve reached a sociopolitical milestone where we will all sing in unison…

*“Protean Encounter” related to the myth of the “god of sea” was appropriated from Homer’s Odyssey. Here is a brief entry that I found in Wikipedia, which explicates it succinctly: “In Greek mythology, Proteus (/ˈproʊtiəs, -tjuːs/;[1] Ancient Greek: Πρωτεύς) is an early sea-god or god of rivers and oceanic bodies of water, one of several deities whom Homer calls the “Old Man of the Sea“.[2] Some who ascribe to him a specific domain call him the god of “elusive sea change”, which suggests the constantly changing nature of the sea or the liquid quality of water in general.”