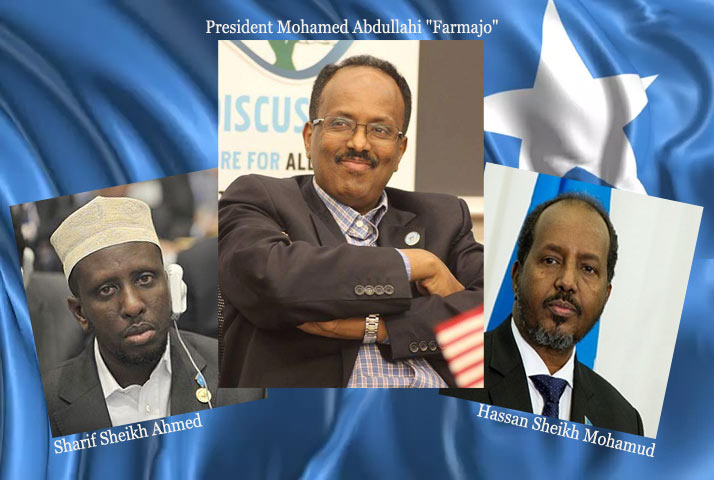 Abdullahi Mohammed “Formaajo”, a dual citizen of Somalia and the USA was elected president of Somalia on Wednesday, February 8, 2017 in the third round. For roughly a year between 2010-2011, Formaajo had served as prime minister of Somalia.

Together with Hassan Sheikh Hassan, the outgoing president, they are credited for bringing Somalia this far from the bloody chaos it has experienced since the downfall of Ziad Barre who ruled Somalia with an iron fist from 1969 to 1991.

The outgoing president, and Sharif Sheikh Ahmed of the Islamic courts and ex-president of Somalia between 2009-2012, were the main contenders for the presidency among the twenty candidates running for the office of the president. However, the populist candidate Abdulahi Formaajo won the day.

The presidential election in Somalia has been received with jubilation in “the Horn of Africa and beyond…Somalia that many tyrants make fun of, had carried out several successful parliamentary elections and had just finished its third peaceful and timely presidential election.”

In the brief period when he was the prime minister, Abdullahi Formaajo had alienated some neighboring countries due to his anti-foreign intervention policies. He strongly criticized the donor nations for lavishly spending tens of millions of dollars on the forces of The African Union Mission in Somalia (AMISOM), while providing a fraction of the amount estimated at three-million US dollars, to rebuild Somali security forces.

AMISOM commands an approximately 22,000 strong force in Somalia at an estimated monthly salary of $1000 per person paid by donors to the countries providing the forces. However, insiders allege the monthly salary paid to the soldiers is not more than $100 monthly.

According to observers, when he was the prime minister, Formaajo had annoyed some countries for criticizing the way the donor nation security funds were allocated and channeled, “particularly when these countries were providing his personal guards and security details.”

Uganda provides over 6000 troops followed by Burundi over 5000, Ethiopia over 4000, Kenya over 3000, and Djibouti 2000, while Nigeria, Ghana. and Sierra Leone provide nominal numbers of police forces.

In 2006, Ethiopian forces entered Somalia in hot pursuit of AlShabab whom it accused of carrying out terrorist attacks inside Ethiopia. A retired Ethiopian diplomat said, “Ethiopia suffered great losses to help stabilize Somalia and the current peaceful election is a reward to Ethiopia, a country that bled so much to help the central government secure the war-ravaged country.”

A Western diplomat who was involved in Somali affairs said, that “president Formaajo has started a bold campaign to restructure Somalia institutions beginning with the security and finance institutions…that made him popular among Somalis, particularly among Women and youth whose support brought him to the presidency.”

When he returned to Somalia after a few years’ absence since he left the position of prime minister, “Abdullahi Formaajo was received at the airport by a crowd estimated in the tens of thousands, the largest crowd ever in modern Somali history.”

In his speech after he took the oath of office, Formaajo wished that the next time around, Somalis will elect their president directly instead of indirectly through the parliament.