Eritreans In Europe: Using Law To Fight The Outlaw PFDJ

According to a statement issued by the Information Committee of ENCDC-Europe, on March 15, 2012, the Swedish Parliament received the report of its legal committee which, among other issues, contained a report on the 2% tax the Eritrean government collects from Swedish citizens of Eritrean ancestry.

The motion to discuss the issue of the 2% tax was presented by parliamentarians Arhe Hamednaca of the Social Democratic Party and Fredrik Malm of the Liberal People’s Party.

In the session that was presided by the Speaker of Parliament, Mr. Per Westerberg, Mr. Arhe Hamednaca gave a speech in which he explained the legal implications of the tax collection and the nature of the regime in Eritrea by quoting different sources and presented evidence that the Eritrean government collects the taxes under coercion from Swedish nationals. 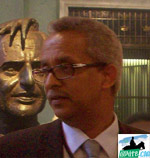 The parliamentary session was open to the public and opponents and supporters of the Eritrean government attended the discussion.

In Norway, the Young People’s Front for Democracy and Justice (YPFDJ), an Eritrean association organized by Eritrea’s ruling party (YPFDJ), was dealt a blow when the Norwegian national office for EU’s Youth in Action program officially asked YPFDJ-Oslo to pay back all the money it received from it to fund the 7th YPFDJ conference that was held in Oslo in April of last year.

1. YPFDJ Oslo is not an independent organization, but a youth branch of the Eritrean regime’s ruling party and a member of a European and an international network. It states that YPFDJ Oslo has misinformed the office and withheld important information which could have been relevant for the funding decision.

2. The program that was held in Oslo goes far beyond what was described in the project document. It changed its character from being about a youth political meeting as defined in the program guide to an international conference of the branches of a youth political party. The content of the executed program was on matters of organizational and political party development which contradicts the EU’s program guide.

3. What was actually executed contradicts what was written on the application of the project document which means that the YPFD got the funding on false premises.

The letter clarifies that any one of above the points, separately, is enough for it to demand the money back. They further remind the YPFDJ that they that have signed a legally binding project document, where it is stated that  among other things “I certify that all information contained in this application, including project description, is correct to the best of my knowledge and I am aware of the content of the annexes to the application form.” Additionally, it is stated that “if on the date of the grant award procedure, they are guilty of misrepresentation in supplying the information required by the contracting authority as a condition of participation in the grant award procedure or fail to supply the information….” It is also stated that by signing the project document, the YPFDJ has accepted all the conditions set out in the Youth in Action program Guide, published on the websites of the European commission, the national agencies and the EACEA.

This news was delivered while the YPFDJ was in the midst of preparations to hold its 8th conference in Sweden next month. As was the case in Oslo, the venue of the conference is still kept confidential.
[Related information: https://awate.com/exposing-the-ypfdj-in-europe-part-iv/] 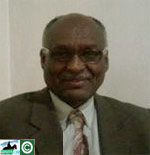 Continuing on the diplomatic campaign that started a few months ago, the Executive Committee of the Eritrean National Council for Democratic Change (ENCDC) has made contacts with the French Government.

Dr. Yusuf also met with the director of the Department for Africa and the Middle East in France’s Ministry of Foreign Affairs and her deputies.