Posted on February 17, 2018 by Ismael Ibraheem Al-Mukhtar in Articles 18 Comments 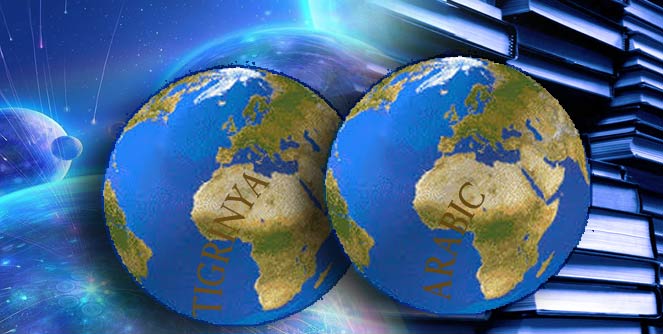 In a book review article authored by Dr. Bereket Habteselasse and published in Awate.com on August 11, 2017, Dr. Bereket concludes his book review with the following appeal:

“I also issue a personal appeal to Eritrean scholars, particularly Muslim Eritreans, to write biographies of Ibrahim Sultan Ali, Abdulkadir Kebire, Idris Awate and other great leaders who, like Woldeab, led the fight for our independence. In case some have done the job in Arabic, then we need these translated into English.”

Dr. Bereket’s appeal, in my understanding, isn’t a call for Muslims and Christians to write their own history, rather it is a call to all Eritrean intellectuals of all stripes to share their knowledge and to contribute towards the development of an inclusive and broad-based Eritrean history. Further, his appeal, perhaps, is a partial recognition of an intellectual gap that exists within the Eritrean intellectual community. Most of the literature written by early Eritrean writers are either written in Arabic or Tigrinya and few in English. Authors naturally write in the languages of their education and reference, mostly, sources authored in languages of their familiarity. Referential limitations can easily be observed by surveying the bibliography of the many books written in any of these three languages on Eritrea. This limitation has unfortunately created an intellectual gap, with some negative intellectual outcomes. Limitation of scope and the emergence of “intellectual enclaves” that perpetuates certain myths are some of the evident negative outcomes.

This intellectual gap could possibly be traced back to the early days of the birth of Eritrean national discourse. In those early days, most of the Muslim intellectuals received their education either in countries such as Sudan or Egypt or local traditional Quranic and Arabic learning institutions. Similarly, many Christian intellectuals received their education in European missionary schools or local church-based learning institutions. With the influx of Eritreans to neighboring countries, thousands were enrolled in various universities in Arab countries while many others were enrolled in Addis Ababa or Western universities. These graduates naturally produced their publications in the languages of their education, leading to a widening gap between the two groups of intellectuals.

Within the early Eritrean nationalist camp, the articles of intellectuals such as Woldeab Weldemarian and others in Semunaweyt Gazetta (Eritrean Weekly News) or Hanti Eritrea (one Eritrea) were mostly read by Tigrinya speaking intellectuals while on the other hand the writings of intellectuals such as Yassin Batouq in Sawt Al-Rabitta (Voice of the league) were mostly read by Arabic speaking intellectuals. Until today that deficiency continues, even among contemporary writers who in some ways fail to provide a comprehensive view of Eritrean history due to limitations of language and reference. Dr. Joseph L. Venosa, noted that deficiency when he observed in his book: Paths toward the Nation, Pg. 21

“With few exceptions, the Muslim league’s publications and related literature have remained almost completely neglected in much of the scholarship. This neglect has obscured the organizations ideological and political relevance during the period in question”

Within our contemporary context, there are many valuable writings in all of the three languages and failing to cross-reference them has created in many cases a one-sided view of history. The Arabic writings of authors such as Nawd, Sabe, Alyous, Abubaker, Turki, Jalaladeen, Azaz and others, as well the literary works of Ahmed Saad, Haji Jaber, Sekab, and Madani remain mostly confined to the Arabic speaking intellectuals. Similarly, the writings of Dawit Mesfin, B.Habteselasse, Tesfazion Medhanie, Alemsegede, H. Tedla Bairu, Tekeste Negash, Ghirmai Negash and others remain mostly confined to Tigrinya and English speaking intellectuals.

It is true that intellectual gaps are not created by language limitations only, there are many other factors as well. Sectarian and political affiliations are also important factors. These type of gaps are, however, intentional. Intellectuals of these sorts, shut their minds to other perspectives, selectively reference what fits their pre-conceived sectarian and political sentiments and choose to think within the confines of their own partisan enclaves. Gaps of this nature are difficult to erase; the purpose of this article, however, is not to address this type of self-imposed “gaps”, rather it is only intended to address the unintentional gap that emanates from language and familiarity limitations.

There is no doubt that the intellectual output of Eritrean writers is on the rise in all of the 3 main languages; Arabic, Tigrinya, and English. But unfortunately, the readership of these books seems to be limited in scope. Recently, the valuable book of Almseged “Ainefelale” was translated to Arabic and I believe it has provided a perspective on Eritrean history that wasn’t readily available for Arabic readers. Translating his following books from Tigrinya to Arabic will certainly add great value to a broader understanding of Eritrean history. A new book was recently published by Dr. Idris Abubaker in Arabic* where he provides historical analysis on the Islamist political movement in Eritrea. The book is a valuable resource for understanding one of the key trends in Eritrea and the role it played in shaping current reality. It is a book that would help create a better forum for dialogue and meaningful exchange, but its readership remains limited to Arabic speakers. Another valuable resource is the book of Ghirmai Negash, A history of Tigrinya Literature. This book read along with Saeed Nawd and Osman Abubaker’s books on the deep roots of Arabic language in Eritrea would certainly help in addressing language issues in a more factual and objective way. But again readership of these books remain limited within certain spheres.

As noted by Dr. Bereket, perhaps it is time to make concerted efforts to translate key books on Eritrea across languages. A commendable effort was undertaken under Osman Sabe’s leadership in the 70s and 80s where a good number of Italian and English books were translated to Arabic, such as Eritrea a Colony in Transition by Trevaskis and many others. This effort, however, was short-lived. Certainly, references are not limited to what Eritreans have written; there are many classical writing on Eritrea in Arabic, Turkish, Italian, Amharic etc. The more these resources are available in common languages the better.

As the Arabic saying goes, a person is a foe of what he is ignorant of. To create a healthy dialogue, a better appreciation of opposing viewpoints, to combat intellectual phobias and create common grounds these “intellectual enclaves” need to be dismantled. Many of the issues that seem to be contentious can easily be addressed with better and more inclusive information. “Seek to understand before you seek to be understood” is one Covey’s seven dictums of highly successful people. Better informed readers and writer are keys to building a bridge of understanding and dismantling intellectual enclave.