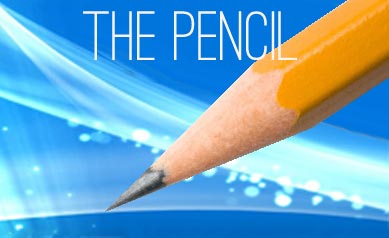 Shortly after September 11, 2001, every tyrant in the world wanted to cash-in on the justified rage of the United States and tried to align himself with the United States and to classify his political opponents as “terrorists.”  At the forefront of this campaign was the Eritrean regime and its foot-soldiers who lobbied hard to classify members of the Eritrean opposition, particularly the Islamist organization, as terrorists, despite the fact that there had not been a single documented case of these groups targeting a single civilian anywhere.  Everybody was a “terrorist” and a “mullah” and a “Jihadist” then.  Their efforts failed to have any impact on the Eritrean Islamist parties.  But, ironically, the provocation by the Washington, DC-based PFDJ rabble-rousers, who distributed a malicious flyer listing the names of the leadership of the then-Eritran National Alliance (all of whom, except for one, Mr. Tewolde Ghebreselasse, had a Muslim name) and describing the Eritrean flag used by the opposition (and, until 1993, by the EPLF) as a “strange blue flag” something that would fly in “Tora Bora, Afghanistan” was sufficient to spook an experienced organization with secular, nationalist credentials: the ELF-RC.   (Refer to the narration of the conflicting stories as told by Mr. Woldeyesus Ammar and Dr. Habte Tesfamariam who eventually ended up in two splinter groups of RC. )

No To “State Sponsor Of Terror”

On August 17, 2007, the US media reported that the United States government was considering classifying Eritrea as a state sponsor of terror. Now the roles were reversed.  The supporters of the Eritrean government who, in the wake of 9/11/2001, had been only too eager to link the word “terrorist” with Eritreans even if it meant blemishing the good name of Eritrea just to get at their political enemies, now howled in protest.  In contrast, those in the opposition who were objecting to the US’s classification of Eritrean opposition figures as terrorists in 2001, were suddenly all too eager to have Eritrea classified as a “state sponsor of terrorism” so long as this meant targeting the Isaias Afwerki administration.

Calling a nation a “state sponsor of terror” plays right into the hands of the tyrants who are adept at blurring the lines between the Dictator, the State, and the People. When the US labeled Sudan, Libya, Iran, Cuba, it had no impact on the countries involved other than to enable the regimes to manipulate their people into rally-around-the-flag campaigns.

At the time, we made our position clear in an editorial (Eritrea Does Not Sponsor Terrorism… The Pencil, 8/20/2007):

We strongly object to the effort to equate Eritrea with Isaias Afwerki. It is objectionable when his supporters do it; and it is objectionable when his adversaries do it. Eritrea does not sponsor terrorism; its unelected president-for-life and his clique do. Contrary to the constant propaganda poured by his disciples, this crazed adventurer is neither elected, nor loved, nor held in high esteem by the people of Eritrea. Are there any people in the world who love or agree with their jailer, torturer and abuser?

On February 22, 2006, a year and half before the US was entertaining the idea of tainting Eritrea a state sponsor of terror, we, along with our colleagues at the Eritrean Global Solidarity, organized a petition which called for a punishment that targeted the regime without adversely affecting the people. The specifics were:

Our call had nothing to do with the Eritrean regime’s destructive role in Somalia: at the time we organized the petition,  Ethiopia had not invaded Somalia, and Somalia had not degenerated into a country where feuding Islamist organizations competed for power.  Our call was stricly on the pain that the Eritrean dictator was inflicting on the Eritrean people.

Fast forward to 2009.  Uganda, which has the largest peacekeeping force in Somalia, has also had the largest casualty at the hands of the Shabab and has been calling on some kind of sanction against the Eritrean regime for most of 2009. Its call was joined by the regional Intergovernmant Agency on Development (IGAD) and subsequently the AU.  Now, according to the AFP, a Uganda-circulated petition is making the rounds of the UN Security Council calling on the following sanctions against the Eritrean regime:

Only time will tell whether this resolution passes, gets watered down, or is kicked down the road. The fifteen members of the UN Security Council are:

If past resolutions have any predictive value, there is reason to expect that the resolution may pass unanimously. But there is also reason to expect that China and the Russian Federation may work to stall the process. Again, only time will tell. As for the dictator, he is likely to sabotage the effort of those who will no doubt go on a Mekete to save him: he is on record saying that there is no value to having allies as recently as two weeks ago  (”Africa’s Version of North Korea?”, Clatchy Newspaper, November 10, 2009)

“Why would you want to have allies?” the 63-year-old president told McClatchy. “It’s a sign of weakness.”

We are against labeling Eritrea a “state sponsor of terror” because the dictator is not accountable to the state and the people. We were against that in 2007 and we are against it now. We are for smart sanctions that impose penalties on the Eritrean regime, while sparing the Eritrean people.  We do not delude ourselves: we know that the West and the international community is going to act from the perspective of its own interest and not necessarily that of the Eritrean people.  But there is an overlap of interests here.  We are for the proposed ban on foreign travel on the leadership of the Eritrean regime, freezing its assets which were illicitly earned, and hindering its ability to wreak havoc in the region.  We called for this in February 2006 and we support it in November 2009.