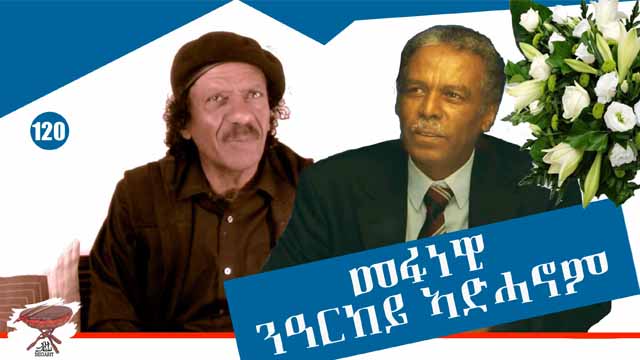 On Friday, February 19, 2021, Adhanom Gebremariam passed away in the USA. His funeral will be held on Saturday February 17, 2021. Adhanom was a veteran of the Eritrean struggle. As a senior commander in the army, Adhanom commanded and fought gallantly in major battles of the struggle era. After the “independence of Eritrea” he served in many capacities, including governor of Seraye region, attorney general, ambassador to Nigeria and Sweden.

After the end of the Ethiopian-Eritrean border war, Adhanom and his colleagues, many of them ministers and senior official in the PFDJ government signed a letter demanding an assessment of the war and accountability on how it was managed. The war had caused the loss of of tens of thousands of lives, the displacement of hundreds of thousands, and destruction of many communities and properties.

To escape accountability,Isaias Afwerki and his regime arrested most of the signatories of the letter who came to be known as G15 (group of 15 officials). Thereafter, the regime launched a campaign of defamation against the G15 by spreading uncorroborated accusation.

Twenty years on, the the G15 have never been formally charged their whereabouts are unknown, and were never allowed family visitation.

Adhanom has been separated from his wife and children since 2000. He died in exile from the country he spend his youth to liberate.

May his soul rest in peace