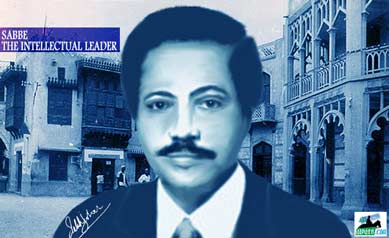 All Eritrean martyrs have a story behind them. In addition, we have the disabled, crippled and deformed survivors to remind Eritreans of the hell they went through. Eritreans need them. Yes, they need them around… for they need to be reminded about the sufferings and the price they had to pay for self-determination and freedom.

Individual Martyrs are representatives of many like them. They remind us of the so many who left with them. It is with this spirit that we remember Sabbe, the famous Osman Saleh Sabbe. Would you imagine any politician during the period of the Eritrean armed struggle who was ridiculed as much as Sabbe was? He was wronged alive and he is still being wronged almost thirty years after his death.

Thanks to his diplomatic acumen, Sabbe was instrumental in getting the first batch of arms to Awate when he ignited the armed struggle. Later, the Eritrean Liberation Army’s capabilities were upgraded, again, thanks to Sabbe who managed to get the first group of fighters trained in China and Cuba. Sabbe opened the gates of the Arab world and later, those gates became the source of military training, Arms supply, Financial assistance and scholarships. His tactful and calculating diplomacy is something we miss in Eritrea today. In a world of Bi-Polar politics, Sabbe managed to navigate through the corridors of power and influence not hindered by the difficulties that he had to face. His resolve was strong and undoubtedly, a determined patriotic.

The fifth of eight siblings, Sabbe was born in Hirgigo in 1932. From a young age, his restlessness, fluency, and mental agility were visible and that attracted the attention of his father’s maternal uncle Kadi [Judge] Hassan Osman with who Sabbe was very attached. The Kadi brought young Sabbe to the attention of the great philanthropist and educator Saleh Pasha Ahmed Kekia who became his mentor. From early on, Sabbe was exposed to the life of coastal Samhar and Dankalia where hi uncle Ismail’s boats traveled the coastal waters of Samhar and Dankalia and he visited most of the coastal towns of those regions including Zula, Irafale, and Bailul. He was also familiarized with the nomadic life of his uncles who took him along on their migratory trips between Hazamo and Gadam. In addition, his uncles as well as his elder brother Mohammed Ahmed and cousins familiarized him with their seafaring experiences.

In 1944, after completing Koranic studies, he joined the Hirgigo Charity School (Changed to Emperor Haile Sellassie I School in 1950) built by Pasha Kikia who in 1950 sent him on a scholarship to Addis Ababa where he attended the Medhane Alem School. Later on he joined a one-year teacher’s training course and upon graduation in September, 1954 he became a teacher in Hirgigo School and in 1955 he became the director of the school. In June, 1956 he took the General Certificate of Education Exam of the University of London and continued correspondence education until and in 1959 he obtained a B.A.degree in History and Political Science.

Osman was reluctant to travel far to Ethiopia but his uncle and the Kadi and Saleh Pasha Kekia convinced him that if he wanted to work for the Eritrean independence, he should educate himself wherever he finds the opportunity. Thereafter, whenever he saw Eritreans engaging in any technical activity of developmental nature, he used to say “would it have not been better to carry such activities for the development of Eritrea?”

While in Addis Ababa, he convinced his friends to join him in a patriotic pact and in August, 1953 while he was at the Wingate School during, twenty-three them signed their pact in blood, and since then their mutual care, concern, support and love never wavered even under the strain of testing circumstances until his departure for eternal rest in 1987. But that pact among friends, and the general Eritrean struggle, culminated in the independent of Eritrea in 1991.

In June, 1957 Osman and his students were orphaned upon the death of Saleh Pasha Kekia, their patron and spiritual father. But the support system created by the Pasha and carried on with the help of his friends sent the first student group to Cairo. After seeing the students off in Khartoum Sabbe returned to resume his work, but a slower pace due to lack of funds. However, after the dispatch to Cairo of the first group of students around May, 1958, Mohammed Ali Budduho became their mentor.

Among those who were involved in helping the students and transferring the funds to Cairo via Yemen was Mohammed Ali Saleh Dafla, the EPLF veteran, who also carried letters Ahmed Abdulkadir Bashir, another Budduho friend. Ahmed Bashir was being followed by General Tedla Okbit’s security forces who found his letter and Sabbe’s letter with Dafla. Osman was arrested and severely beaten by the security officers. Luckily, General Zer’e Mariam Azazi intervened and saved Sabbe on bail and under his personal guarantee.

In July, 1958 Sabbe received a letter from Mohammed Ali Oumaru and his friends saying that they could not continue their trip to Cairo, because they ran out of funds. So, he had called one of the Addis pact signatories and made arrangements to have the money sent. Well, whoever came in contact with Osman would be convinced to be generous if he is not, and be more generous if he was.Osman was always bubbling with ideas who implementation required money. However, of all people his family was paying the heaviest price.

From then on he started to think of going full-time into political activism, although he knew that it was premature without preparing cadres—he decided to prepare for it while at home. However, by mid 1959 he concluded it was not doable and he decided to leave home and launch the struggle from abroad. Thus, in August, 1959 he boarded a ship from Massawa to Assab where he joined the Paul Ries shipping company as an assistant director. He remained there until the end of January 1960 when he crossed the Red Sea to Yemen. After a few weeks in Yemen, he found Mohammed Asmerawi, a truck owner from Sanafe, who smuggled him into Saudi Arabia where he found two of his co-signatories of the Addis pact, namely Osman Idris Khiar and Abdu Yassin Jumeil. He remained dedicated to the Eritrean struggle of independence until his death in Cairo, in April 4, 1987.

Sabbe always remained a politician who knew how to balance the interests of the Eritrean society with diverse regional interests. Unfortunately, his inclusive approach won him enemies from almost all political groups. The Labor Party of the ELF, which imported Marxism into Eritrean politics, considered Sabbe its primary enemy. He wanted to block the influence of Marxism in the ELF and many believe that he formed the PLF for that purpose. In a few years time, the PLF that he founded was taken over by Maoist oriented radicals. The PLF grew in number considerably due to military alliances. When he was convinced that the PLF has became another bastion of Marxism, he tried to fight it by yet, founding another force. In the seventies, Marxist ideas were so widespread and it was the only accepted political fad to the extent that his efforts to fight it did not bear fruit. He had to walk skillfully on the political rope: fighting Marxism and at the same time convincing the Arab world to support Eritrea’s struggle when the Arab World included Socialist Countries like Syria and Iraq. His problems overwhelmed him because both, the EPLF and the ELF concentrated their propaganda machines against him and portrayed him as a CIA agent, a Tribalist, a regionalist, and the sticking one, the Marxist equivalent of a ‘public enemy no. 1’: Reactionary!

Sabbe was also a literary giant; he is the only leader who spent time collecting materials and writing books. He has several published and unpublished books, mostly dealing with the History of Eritrea. The soft spoken and always smiling Sabbe was a giant among the giant martyrs of Eritrea—may God bless his soul.

In his Cairo deathbed on April 4, 1987, Sabbe gave his will: his wish to be buried in Eritrea, his country that he so much loved. Now, 29 years after his death, the wish that he made on his deathbed is not yet fulfilled. The remains of Sabbe are still buried in the Deserts of Sudan. A question arises: What keeps Sabbe’s remains there when he has clearly indicated his wish? Doesn’t he deserve to be brought home like the other remains that found their last resting place in the Martyrs Cemetery every where in Eritrea? Is it that expensive to bring his remains back to Eritrea and neither the government nor the society can afford it?

The late Dr Osman Mohammed Abubaker, who was Sabbe’s senior aide once said that he personally raised the issue of returning Sabbe’s remains with Isaias Afwerki. He was told that it is the responsibility of Sabbe’s family to bring his remains if they so wished. One would think that the consent of his family is needed; but Sabbe does not belong to his family only, he belongs to the whole of Eritrea.