The Commission of Inquiry on Eritrea: How Did We Get Here?

Posted on October 17, 2014 by The COI-Eritrea Team in Articles 19 Comments 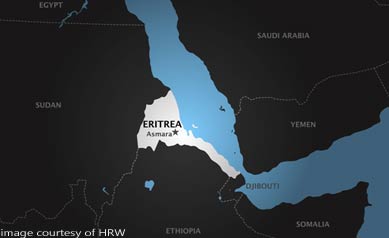 If one were to take a glance at the Eritrean history pages that desperately await an objective scribe and flip from the page of September 1st, 1961 to October 3rd, 2013, the vines of time that bind these two dates would surely appear as if poisoned by a tragic irony. Hamed Idris Awate’s first shot would have appeared as if it were released from the hand of a track inspector signaling the start of a mad race into exile – and October 3rd, 2013, would have been but a glimpse of an episode that earned its horrible notoriety for mercilessly daring to vandalize, with horrific features, what is otherwise a solemn picture of routine exodus. Context and all that remains untold in between these two dates are the only pieces that would spare this exercise of comparison from being a juxtaposition of sorts.

The question of “How did we get here?” is also best answered by history; unhurried in its glorious, detailed manifestation and unraveled with the stinging of brutally honest assessments from our historians and analysts. The pondering of how the people of what was once known as “The Land by the Sea” perished into the sea, divides its rich irony both for the pages of the historians and its poets. The question of “How did we get here?” doesn’t just don an inquisitive feature, but levels a serious suit against the apparent acts of injustices accrued over the years. And this question lingers, grows and chokes the conscience of all who have looked into and at the daunting reality of the human rights violations of Eritreans today.

As it pertains to the exodus of Eritrean citizens, it is often discussed as a neat equation of the push and pull phenomenon. The “push” argument is often understood as a cause that fashions itself as a crisis of the times. When a nation functions lawlessly, however, the “push” factor is not a phase but a consistent and systematic mechanism of rejection & ejection of the citizens by the State. And the decision of a citizen to live in exile, in this context, is an intersection waiting to be crossed and that intersection is not where one is introduced to a motive, but discovers an otherwise unnecessary opportunity to pursue a better life in exile. The Eritrean youth, a majority of those in exodus, is either born into or grows up in a system that, by its very nature of injustice, produces a perpetually uprooted state of being. When one waits for the day to escape lawlessness, that soul’s investment is in a just and peaceful future outside the homeland. If lawlessness compels the citizens of a nation to abandon their country, then the exodus of the citizens is as much of a quest for justice as it is an escape from injustice. Just as much, any aspect of injustice that perpetuates the exodus of its citizens is nothing less than a criminal act that, in essence, can be argued as a case of a masked deportation en masse. It may not be a legal phrase, but what adequately expresses this reality is “Kid aytbelo kemzkheid gbero”: a Tigrigna adage that conveys a deliberate action that executes its aim indirectly. In this case, the PFDJ regime’s action perpetuates the people’s exile.

Exodus is a label that must be unpacked and examined thoroughly; it is not merely people en route, but a set of tangible and abhorrently real testimonies of people with wounds, victims of and witnesses to gruesome violations. When citizens are stripped of their rights to due process, to free elections, to pursue a livelihood, to enjoy their basic liberties and the consequences of such deprivations are deliberate acts and policies of the State, then the consequences that befall on the citizens and what can be leveled against them is not purely circumstantial. But, of course, the mission here is clear: we are here to identify concrete stories of abominable violations of the human rights of Eritreans so that we can provide the Commission of Inquiry on Eritrea (COI) what it requires to unequivocally indict those responsible. A sober, meticulous and careful work is what we must engage in and its success is critically dependent on the testimonies of courageous Eritreans everywhere.

The Commission of Inquiry on Eritrea was established because a number of Eritrean activists worked tirelessly over the years to expose the human rights violations of Eritreans to the international community and specifically the UN Human Rights Council. Human Rights Concern-Eritrea was instrumental in forming the necessary connections to ensure this historic decision was expedited, in light of the current human rights situation in Eritrea as well as the tragedies faced by those fleeing. It must be noted without any equivocation, however, that the COI on Eritrea is established as the result of every activist who raised awareness of the injustices and crimes of the regime; every journalist who sought credible news to report; every ordinary Eritrean who provided support and encouragement to these efforts and most importantly every victim and family member who spoke publicly about their personal suffering.

It takes courage to give testimony on behalf of oneself or on behalf of those whose rights were violated by PFDJ. And yes, there may be certain deterrents that discourage one from speaking out; the sense of shame or betrayal are examples of familiar cultural offenses. Nevertheless, the courage to speak out, in this case, is just as much a quest for justice on behalf of an entire nation as it is on behalf of oneself and other victims. To stand up for your rights and for those of your countrywomen and men, is to stand up for the future welfare of the nation that thousands have bled, died and sacrificed for.

While it is important that victims obtain justice for the grave human rights violations they endured, the significance of the COI goes beyond those in the Diaspora able to share their stories. Those who died at the hands of the regime and those still languishing in prisons are obviously not able to come forward and testify. The responsibility to restore dignity to their lives and hold the responsible parties accountable lies with us. Victims should be encouraged to come forward and speak openly about their experience; victims’ families should share their suffering and the rest of us should commend their courage to represent the truth, regardless of a possible hostile reception. As Eritreans used to masking our fears in shame, we are obligated to support and encourage them to come forward and validate this new era of openness instead of clinging to destructive secrecy. It is within our power to influence what the outcome of the COI will be and with power comes responsibility; in this case, we are responsible to the victims of the current Eritrean government, both alive and deceased.

That the Commission of Inquiry on Eritrea is a United Nations construct and thereby deemed untrustworthy may be a valid concern of some Eritreans on both sides of the political aisle. However, this notion can be challenged with vigilance and engagement by all of us, particularly the justice seeking community. What must be emphasized is that the findings and decisions of the COI depend solely on the testimonies and evidence provided by Eritreans. This effort to obtain justice for our victimized brothers and sisters may not conform to the self-reliant and anti-external intervention ideal Eritreans are attached to but it is currently the only legal platform afforded to these victims and their families. As the daily headlines remind us, our youth are fleeing the country to avoid being subjected to various human rights violations and our tragic reality is that this solution is neither safe nor sustainable. The COI will allow the voices of these youth and others to be heard and hopefully hold the criminal element of PFDJ accountable by exposing the abusers and bringing justice to the victims, with the hopes that collective healing and reconciliation are what follows.

We encourage you to visit our website: www.coi-eritrea.org, stay in touch, join us as we continue to work on behalf of those victimized.