Posted on December 1, 2017 by Beyan Negash in Articles 245 Comments 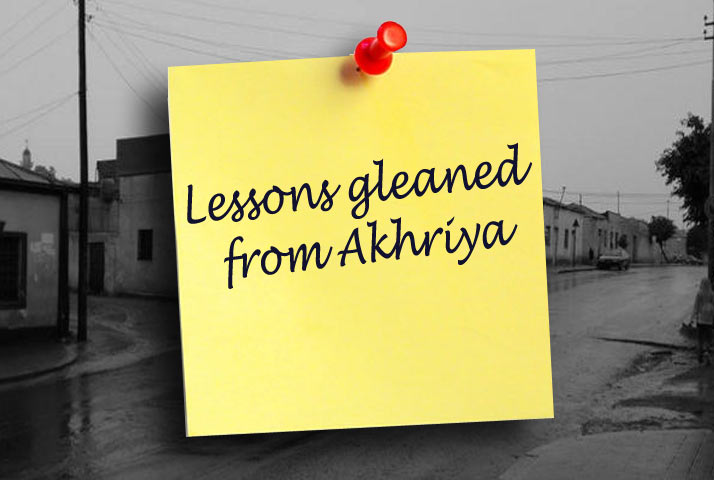 To expect convergence when canvassing various Eritrean opposition media outlets during any confrontational events like the Akhriya uprising would be par for the course. What shouldn’t be par for the course is the colluding, inadvertently or not, that aligns us with the supporters the PFDJ (the ruling party) with the propaganda machination of the Eritrean regime itself – this self-inflicting wound was difficult to fathom, and we must find a way of combating it. The first thing to do when that begins to occur is pausing and taking stock and change our strategy at an individual level as well as at the media outlet level. Examples abound, it will suffice to mention several to bring this home to those of us who label ourselves as opposition. In no order of importance, I will try to highlight some that are worth enumerating below:

Making unbecoming insinuations to the bravery it took to stare the evil regime in the face by going to the nerve center of its helm of power – outside the Akhriya proper – as cowardly act is based on a patently false premise. The reasoning goes something like this:  The adults borrowed their uprising scheme from the book of Palestinian Intifada1 in sending children as young as five and seven-year olds, which is patently false assertion because the adults were there demonstrating, most of whom are now imprisoned because of it. But, buying the regime concocted propaganda machination of the highest order to allow oneself to be taken for disillusioned lot who have no understanding of the optics akin to what some police officers want to believe their cowardly acts of shooting fleeing African Americans in the back and somehow wish to justify their cold-hearted acts as self-defense. Herein follow some of our opposition version of such cold-hearted verbal acts.

When the Eritrean regime attempted similar tactics through its mouth piece in Riyadh wanting us to believe the situation was under control within minutes while we could hear barrage of shots ringing in the background and panicking children fleeing to save their lives, what Eritreans the world over did was show unified face.2 Mind you, in the world of PFDJ, crowd control is done by live ammo, not rubber bullets, who has the time to spend on less lethal mechanisms when the real deal is always at hand. Never mind that among the peaceful demonstrators were children (young and old); mothers (young and old). Conceive this image in your head: these peaceful demonstrators marched from Akhriya all the way to the Mufti’s office and from there to the Ministry of Education – both of which are located at the heart of downtown Asmara (aka, compocitato). This begs the question of why did the regime go for the jugular when it could’ve dispersed the crowd via other means? The only answer that readily comes to mind is because the regime was nervous, very nervous that its shelf-life in power was coming to an end. It may not have ended by this courageous act of the mass, but one thing that ended is fear. When fear is gone from the masses, it is the beginning of the end.

In the 26 years the regime has been at the helm of power, no entity let alone a densely populated community like Akhriya, sent a shock wave to the ruling elite, and both British and American consulate took notice of this unseen before dynamics. Such resistance caught on by other major cities in quick succession. Eritreans in Qatar, the Gulf, and Saudi Arabia showed their solidarity by voting with their feet, as it were, staying home during PFDJ’s annual festival with empty chairs welcoming the Alamins of PFDJ. Nothing more embarrassing than this. The regime lost its legitimacy by one brave act, from one community in Asmara. This is the story of Akhriya uprising that will continue to be told and retold for years to come, not the mumbo jumbo that some are trying to make it be about nothing more than religious fervor.

Juxtaposing two of our revered ancient religious traditions, namely, Tewahdo and Islam in opposition to one another is nothing more than splitting hairs, which adds no value to the momentum garnered other than casting aspersion that would potentiate a wedge, at best and wouldn’t want to even imagine the worst. A young erudite, a scholar and a gentleman, said it all when he stated that these two religions has had the longest history of peaceful coexistence since Islam made its way into our region.3 It is worth noting here that what were these Eritreans before they converted into Islam, but Tewahdos. Their heritage doesn’t end where Islam begins. Their Christian heritage is part and parcel of who these Muslim Eritreans of today are. The monumental show of force across the globe vis-a-vis demonstrations that we saw in month of November 2017 was not mia culpa, rather, showing their deep understanding of the brethren that began eons ago. Ostensibly, any attempt at denigrating any part of Eritrean heritage would no doubt face the wrath and the rage that would end up being a fait accompli for the initiator.4

A misconception that needs correction about Akhriya is that it is a microcosm of Eritrea in its composition within which one can find most of the Eritrean ethnic groups.5 To yet others though, it was nothing more than a blip in the radar of resistance, significance-wise, writ small, writ so small to the phantom confrontations taking place in Eritrea that only they know, of which, they claim we do not hear of because there was no video clip that could be had.6

There is one other ‘yet’ worth mentioning here. This is particularly unique among the unique ones in that their passion reaches beyond the Eritrean shores as their preoccupation is an external one, in which an Imam, somewhere in Sudan,7 who for some odd reasoning felt compelled to stir emotions and enrage Eritrean Muslims the world over to be galvanized with his Al Qaeeda/ISIS firebrand twisted polemicist rhetoric. But, what did the mass the world over do: Bring two symbols of different faith into one-fold: An image of long imprisoned Abuna and Hajji became the symbol of their demonstration in refusing to be divided and conquered by the evil from without and gave their unequivocal message of unity to the devil within.8

For the evil from without to preoccupy some analysts who in an underhanded way were second-guessing the patriotism that burst out from Akhriya because the majority ascribes to the traditional faith that has a long history in our region, namely, Islam is one area that requires soul searching from all Eritreans. Why must Eritrean Muslims be boxed in that ever-questionable patriotism when they do something extraordinary as we’ve been made to learn in Asmara last month?9 But, history is replete with examples Eritrean Muslims equally participating in their national idealism, which goes way back to the era of Rabita; to the founding of ELF; to as late as 2013, where Weddi Ali (The FORTO Fiasco) had ended up paying the ultimate price for the sake of Eritrea and its people. And, now Akhriyans rose in unison to show their refusal of a regime bent out of shape to destroy their forty-eight-year-old educational institution of par excellence that produced shining examples of a citizenry who have gone to professions that ranges the gamut.

Part of being a citizen is due diligently doing one’s part by participating in political opposition groups. By remotely criticizing the existing opposition groups without being part and parcel of the process is tantamount to being Armchair Political Philosopher (APP). APPs ought to know better than to criticize those who are toiling to institute change in Eritrea. There is no short cut to seeing the change we wish in our country unless and until we participate in that very process. Doing our homework by studying what these myriads of political parties have to offer and becoming members in the ones that we believe best suits us to the value and principles we uphold becomes the indispensable step we must take. If not now, when?