Any Stage Has Its Own Color of Discourse 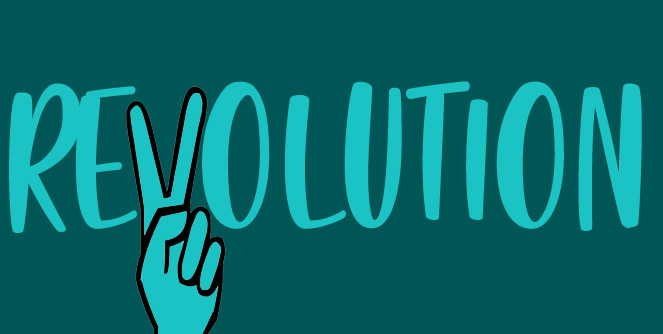 In quest of a solution to the long-lost nation, it is very sad to observe that Eritreans missed the benefit even from modern management systems. Contemporary managements developed a lot of methods, to the extent of selecting the right person for the right position, by using a scientific criterion. In civilized nations, they don’t put a person at a certain position randomly, even if he holds high credentials. In civilized nations, highly educated individuals are exposed to experts in human resources development in order to examine them and decide whether they are fit for the position they intend to occupy. Conversely, Eritreans still deal with rudimentary methods to manage their conflicts and progress towards a positive outcome. They put all issues, good and bad, in one pot and contemplate enjoying a tasty meal. Even those who are considered highly educated don’t know from where to start solving their peoples’ riddles. Eritrean elites avoid facing the principal issues to imaginary steps –an escape forward–to produce more complications in the Eritrean scene. It is really amazing how without a sketch and foundation, Eritrean elite endeavor to build a roof and do the finishing touching on it. It is a case similar to, “ዓባይ በገዕ ዕያውቲ ሒዛ ትጠፍእ,” roughly translated, a matured sheep disappears taking the lambs along. In reality, those people didn’t depart the year 1991. They think, EPLF is still intact as they attempt to transform into a democracy. The news is that the EPLF were fragmented and melted down as the ELF did, but they are still oblivious to that. In order to concentration perfectly and avoid going astray, Eritreans are required to clearly define their present position and the stages ahead.

There is an Arabic maxim that summarizes and draws a distinctive map of the faulty pathway , لكل مقام مقال”,” meaning, any stage has its own colors of discourse. Do Eritreans practice the above paradigm? The unwavering answer is in the negative. Usually, they sit around and debate hodgepodge for days and weeks, until they fume and fill the area with bubbles. After pushing their blood pressure up, the outcome is a waste of time and efforts. Thus, I believe more obstacles are created on top of the already overstuffed situation by mingling various issues concerning differences that are not properly layered—to handle such a situation, the Tigrinya  adage says, “ካብ ጉየይ ምውዓል ክሳድ ምሓዝ,”– go straight to the target than jogging around for the whole day. Such kind of wisdom stimulates our thinking and helps us put our immediate issues on the table and debate on them. This will make our strive more effective and productive, and helps shift the struggle towards achieving the required results quicker. To reach such a civilized comprehension, there should be a compass that directs all Eritreans to the right direction. We need to install a TIMER on our debates and questions, specially, in our meetings and conferences.

Firstl, Eritreans should observe there are certainly not debatable  issues that should be accepted as they are. For example, the issues of religion (either Islam or Christianity), official languages, ethnicity, land, and other similar topics. These are issues not open for a debate. For instance, if I demand the land of Hamasen should be endowed to all Eritreans. undoubtedly, such an issue is unacceptable by the people of Hamasen. Therefore, why should I bring such an issue for a discussion? Obviously, I know in advance it will just create troubles, and at the same time, it is a plain injustice upon the people of Hamasen. Therefore, Eritreans should understand these are not open-ended issues, but were created by our enemies to fragment us. Such kind of issues are akin to “is it the egg or the hen that came first”– a never-ending debate. Any person who insists on debating such issues is ready to tell you, either believe in my religion, ethnic, culture, language, etc. or I will annihilate you. To get out of this mess, I recommend Eritreans to divide their struggle into stages—properly partitioning the issues.

Once that is done, a careful step by step solution method should be adopted. The struggle should be programmed in such kind of procedure and mixing the stages of the struggle should not be encouraged. I suggest, two principal stages to reach to a free and democratic Eritrea – (1) The Revolution stage (2) The government stage.

The Revolution Stage there are:

In the Revolution Stage, the entire people should struggle in unison under one umbrella against one enemy – Isaias and his regime. In this stage any group that stays outside a united umbrella should be viewed as a hindrance to the aspirations of the Eritrean people. That is because a revolution should be one, for the enemy is only one, and the goal is specific—a democratic Eritrea. For example, in the Sudan there is one revolution that holds fast in front of the military head-office in Khartoum. We have many examples of revolutions in the world that could be used as a reference. History books teach us there is only one successful revolution at a certain period. We have also to remember that a revolution is always ignited against one principal enemy, and should continue as one to the end of the mission–electing a parliament in a free and fair poll.

The revolution stage is not a period of partisanship, peddling ideologies, ethnicities, religions, regions, or any sort of competition. It is the time for fighting against the major enemy. Any group that endeavors to make this phase of struggle for the benefit of special group should be spotted out and stopped immediately. All Eritreans should perceive that this group is against the goal of the revolution, and it is a lucid attempt to hijack the revolution that intends to remove Isaias and install a democratic nation. Eritreans should comprehend the revolution is by all Eritreans and for the benefit of all of them–one revolution for one Eritrea against an identified enemy. Such a criteria assist Eritreans to detect those who move outside the umbrella of the revolution.

The Eritrean struggle against Ethiopia was a revolution and should have continued as one revolution until Independence Day as the founders of our struggle intended it to be. But some late comers to the ELF or EPLF changed it to partisan and ideological competition—a phase that should have been postponed in an independent Eritrea. That mistake created complications inside the Eritrean revolution. And our present dilemma is the result of that unhealthy period, in which the revolution phase was confused with the phase of liberated Eritrea phase where parties or ideologies compete.

In the revolution stage, all Eritreans are requested to struggle with those they like or dislike, with those they agree or disagree ideologically, regionally, religiously, ethnically, etc. The revolution should embrace all for a common goal–a democratic Eritrea that will be governed by a just law and not a particular enemy.

In the election phase, after the demise of Isaias, all are allowed to recruit and promote their parties. Here, the number of parties is unimportant. It should be immaterial whether one like or dislike a person, party, or front, and all should work with a democratic spirit in and engage in an honest and honorable competition. If people do not like a certain party, they are free to withhold their vote. It’s that simple. And the parties that do not gain enough votes will disappear, without anyone taking any decision against it. This procedure will limit the number of parties that qualify for a parliamentary seat, we should not be scared by the number of parties or fronts, because democracy owns a filter.

In my opinion, it is not wise to waste our time and efforts in debating about the number of parties, fronts and their amebic proliferation because we have the best solution in the democratic filter.

In the post revolution stage, elected body will run the nation and at this stage, all democratic institutions are expected to function properly, provided the people observe their performance in accordance to their election program and the constitution of the nation. The party that falls short from executing its program, in the following cycle of elections will certainly be ignored by voters who will give the chance to another party.

Lastly, during the revolution stage, all Eritreans are supposed to be FIGHTERS under one umbrella against their major enemy, and in the governing stage, under the supremacy of a constitution. They will be the  JUDGES and assess the government’s functions.