Winds of Change… Are we ready? 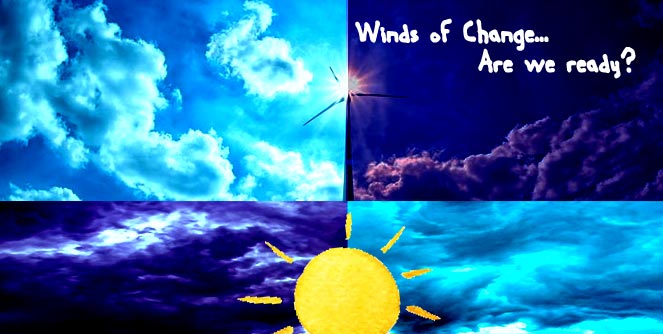 “Unity of purpose brings purposeful citizens together and accords them leverage to effect meaningful change.”

A new reality is unfolding! Are we ready?

Winds of change are blowing… It appears the 20-year “no-war and no-peace” that defined the regime in Eritrea and its opposition is giving way for a new reality. The majority of our opposition (with due regard to the ELF and independents) and their platform only know this fading backdrop. A new reality is upon us! Are we ready?

We, at the justice-seekers camp, like the nation, is at a critical stage of transformation and prospects. Against the wider regional developments, this is the time we have to carve a niche that speaks for true peace which is introducing the rule of law in Eritrea, the mission we sacrificed so much, so much for over 60 years. Our voices is expected to hover above the ever-evolving machinations of bigger powers and bigger noises. Are we ready?

The undertaking is huge; so is our prospects and potential. We have to use every platform, mainstream and social media to echo the voices of the voiceless Eritreans; the victims of crimes against humanity; the implementation of the constitution. How can we get the leverage? Through…

Only unified and committed people invite winds of change. The recommendations refer to the justice-seekers camp, the forces of democracy.

In the unity of purpose, there lies the path of victory…

Of course, these are my personal opinion and hope to learn from others…