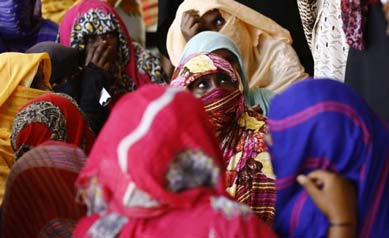 The paper below is meant as an accompaniment to the video presentation I gave recently and it is not a replacement to it. Therefore, I urge readers to watch the video first, thereafter read the text, thereby gaining the intended broader perspective that you will need if we are going to have constructive discourse. Here is the link to the video:

Allow me please to thank the initiators and organizers of the Global Eritrean Advocacy Network (GEAN read in Tigrinya as ጂያን) two-day conference held in California, USA, on 26 – 27, 2015. Thank you very much for inviting me to talk in your conference. The conference preparatory committee has asked me to focus in my talk on National Language, Refugee Repatriation, Land Proclamation, Diverse Eritrean Ethnic (Minority) Groups and Developing Eritrean Human Resources. These are the five core principles/issues that GEAN (ጂያን) identified as fundamentals that would serve as a mixture to engage Eritrean Muslims in the Eritrean political landscape.

I was elated that prominent Eritrean personalities also presented during the two-day conference like Mr. Salih Ghadi Johar, Ustaaz Mahmoud Aderob, Ustaaz, Mahmoud Gimie, Ustaaz Moahmed Idris “Jawaray”, Ustaaz Abdu Khalifa, Ustaaz Jamil Aman, Dr. Mohamed Beshir, Dr. Jellaledin, Dr. Sadia Hassanen, Ustaz Zein Shokai, Ustaz Jamil Aman, and many others. This kind of a noble gathering must be publicized because it is very encouraging sign that Eritreans from all walks of life, at long last, are taking a lead on issues that is deep in the recess of their hearts and minds.

I think it is not a surprise to you all that Eritreans have differing perspectives, rather contradictory at times; on these five core principles/issues. They are endorsed by some while with preconditions by others. Yet some elites reject them all together claiming that our only issue is lack of democracy. Nonetheless, the good news now is that the concerned have finally realized the need to have a common understanding on these subjects. I think GEAN’s initiative is an excellent start towards that end.

Now that the sense of urgency that these five core principles that GEAN (ጂያን) identified found a platform in a conference setting, the next logical step clearly is to discuss these issues in a larger forum like Awate.com toward finding practical solutions that I am sure that’s what the two-day conference was intended for. The challenge, nevertheless, remains that designing an appropriate communication strategy to present the Issues along with their solutions to all stakeholders is not an easy undertaking. It is with that purpose in mind that I am rising to the occasion to engage my Eritrean compatriots in this noble website where it serves as a market of ideas in which discussions are seldom grey.

To design an appropriate communication strategy, dividing the stakeholders to three distinct groupings is constructive: (1) Eritreans from all walks of life; (2) neighboring/ regional countries that have geo-political interest; (3) and the International community, specially, those who have direct influence in the current world politics. Eritreans could be further divided into the ‘elite’ and the ‘common’ people, the strategy to which should be discussed by all Eritreans thoroughly. Therefore, these approaches should not only be the Eritrean elites concerns in the domestic front but equally importantly discussions should also be ensued as seen through the lens of regional and international community.

Nevertheless, it must explicitly be made clear that no one has the silver bullet to Eritrea’s seemingly intractable problems, nor does anyone possess the monopoly of good ideas. The five core issues were discussed, to the extent possible; in the two-day conference experts in each subject had given their ideas. The aim thus here is to focus on how to present each of the core principles to all Eritreans in a concise and transparent manner to quell the myths that have been drummed into the ears of all Eritreans for decades now. Such excessive exposure to negative propaganda in that Eritreans were made to feel that discussing these issues will lead to regional and religious divisions in Eritrea – the Hade libbi hade hizbi refrain is a case in point. Keeping that in mind, these five core issues need to be presented as clear and as simple as that ‘what does each issue mean?’ and ‘What it is not?’ For instance, when we talk about Diverse Eritrean Ethnic Groups, we mean, Eritrea is a land of diverse people who have their own belief, value, and way of living, language & religion. In other words, Eritreans want their diversity to not only be acknowledged and recognized but are demanding to freely practice them.  On the other hand, it doesn’t mean that Eritreans do not have a common value that all of them should share. These other issues should also be defined accordingly. But, at the end of the day, the ownership and leadership to solve these issues must rest in the hands of those who are affected by them.

It is good to know that in relation to the five core issues, GEAN (ጂያን) has identified two weaknesses with the Eritrean Muslims that need immediate attention – being observers instead of participants, followers instead of leaders. It is quite safe to suggest two attendant corollaries to these weaknesses: Sizable number of Eritreans have experienced a complete pull out from the Eritrean politics citing a pretext ‘NO involvement in religious and political matters’. The other group immersed themselves excessively in other countries’ politics (Palestinian, Syrian, Sudanese etc.) to the extent that they forgot their own case. But to the surprise of many, both groups claim that their individual and community rights have been taken away by the dictatorial regime in Eritrea. Now, it is not a rocket science to understand that one’s rights cannot be regained if not fought for. Appropriate strategies to this kind of mindset requires due diligence, one that can help reconcile these contradictory positions is what the GEAN (ጂያን) conference and now a forum like this one can help in the amelioration process, which leads to the next phase, to strive for a change.

Taking the lead through communication and working together with Eritreans and other stake holders is one way of moving forward. We should not forget that one of the reasons of the political, economic and social disparities among Eritreans have been branched from these issues. Their deliberate negligence – historically and by the regime in Asmara – has led to the concentration of economic and political and social power in the hands of one ethnic group. As part of the expected solution proposals, I do suggest that the five core issues be written in a form of an objective, mission, and vision that every Eritrean individual, civil societies and opposition political organizations should adopt. Any of the stipulated Eritrean organizations should and ought to consider adapting many of the following strategies; it ought not to be left up to GEAN (ጂያን) to embrace. Alas, putting into consideration the advantage and disadvantage of each strategy is instructive:

Whether GEAN (ጂያን) or any other entity that ultimately embraces the aforementioned strategies, it must first define each issue in an easy to grasp language, in a style, for example, what it is? What it is not? Such an approach will clearly be used as a guide towards possible solutions.

I do believe that, engaging Eritrean Muslims from all walks of life in the Eritrean political landscape under the five core principles will benefit all Eritreans. Their engagement will lead to their strength. ‘Strong Muslims’ will lead to ‘Strong Christians’, which creates a ‘Balance of power’. Balance of power will lead to ‘Strong Eritrea’. Strong Eritrea means ‘Stable Eritrea’. Stable Eritrea definitely will not only shield an ‘intervention’ from regional and international powers in our internal affairs, but also will become part and parcel of the larger world community that abides by the rules of engagement, which is in severe short supply in Eritrea today.

Meanwhile, I am painfully aware that mere endorsement of core principles does not equate nor translate to mean solving other core issues that exist in Eritrea – Absolutely not.  And I do also know that politics is a game of power manipulated by the party/person in power. What I am saying now is very simple – irrespective who or which political party / coalition of political parties will be in power in tomorrow’s Eritrea – should be ready to accept and implement the proposed or to be proposed solutions of at least the core principles identified herewith. It is advisable not to play unnecessary politics of power on these fundamental elixirs that go deep into the Eritrean national character. The rest could be left to the game of politics. What we all aspire to see not only free and democratic Eritrea but stable Eritrea that allows all Eritreans to enjoy life, liberty, and the pursuit of happiness, from which we have been deprived for so many decades now. It will be a remiss if I do not remind all Eritreans to imagine for a mere second what unstable Eritrea would look like. That nightmarish scenario deserves, in fact, only a Nano second not even a minute. Now, we are all duty bound to wear our solution oriented gears so we may discuss our issues civilly. Once again, I do appreciate GEAN’s initiative not because it is Eritrean Muslims’ issue, rather because it is our national issue.