Posted on January 26, 2016 by Yohannes Zerai in Reflections 11 Comments 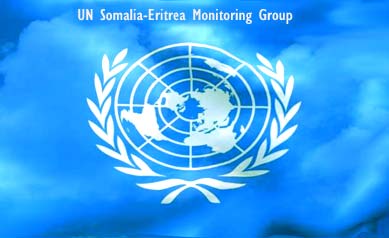 The October  2015 UN Security Council (UNSC) decision to extend the mandate of the Somalia-Eritrea Monitoring Group, hence retain existing sanctions on Eritrea’s dictatorship until December 2016 was a major victory for all who struggle for democracy and human rights in the country. Passed just six months after the UN Human Rights Council (UNHRC) released its damning report on the human rights situation in Eritrea, the resolution could not have come at a better time for Eritrea’s opposition movement. The decision of the world body had undoubtedly energized opposition activists as they geared up for a massive anti-regime political rally which they staged with great success in New York City a week later.

It is important to note that, between them, the two UN investigations provided a comprehensive and authoritative account of the nature of Eritrea’s dictatorship, the brutality of its domestic governance and the thuggery of its dealings with the outside world. For both investigations, reliability of findings was assured by the length of time allotted (a year for UNSC monitoring activities and three years for UNHRC inquiries), level of resources committed (sizeable funding, personnel, administrative support, international cooperation), variety and quality of sources consulted (eye witnesses, experts, organizations and governments across the globe). This is as robust and authentic as investigations could get; and it is hard to read these UN reports and not be able to see the truth in their accounts.

Despotism and its Victims in Eritrea: Facts vs. Fiction

For many a citizen, it is not pleasant to appear to be supporting imposition of international sanctions on the government of one’s own country. But one must be mindful that it was not Eritrea’s oppressed and destitute population who aided Al-Shabaab in Somalia or got into conflict with Djibouti. Not to expect a despotic regime to seek the consent of its citizenry for anything; but the regime has not, to this day, publicly admitted its interventions in neighboring countries. So, it is in fact a patriotic act for one to insist that the dictatorship be held to account for their military adventures which have ruined the country’s international relations and stinted its economic growth. As for concerns – be it genuine or otherwise – that sanctions may harm the population, the truth of the matter is self-evident: The UN sanctions resolution imposes an arms embargo on the regime and prescribes assets freeze and travel ban on some of its political and military leaders. For the vast majority of the Eritrean people, life was already miserable without sanctions; it certainly has not been made “any more” miserable by the targeted sanctions!

One would hope against hope that the foregoing may persuade some pro-regime zealots to refrain from branding as traitor anyone who chose to place their loyalties with the oppressed and not with the oppressor. All the same, the usual name calling, threats and intimidation by the regime and its supporters cannot detract from the significance of the positions that the world community has recently adopted in regards to the Eritrean government and its policies.

International rights groups and mainstream media had long established that political repression, horrific human rights violations and militarization of society have been pushing thousands of citizens to flee Eritrea each year, a phenomenon that has contributed to the stream of migrants reaching Europe. As the refugee situation in the continent approached a crisis level, destination countries scrambled to stem the inflow across their respective borders. The most dramatic effort in this regard was championed by Denmark which set out in late 2014 to bar new Eritrean refugees and deport those already in its territory. To provide justification for their anti-emigrant stance, the Danish government appointed a team of immigration officials who cobbled together a report following a 17-day mission to Eritrea.

The team essentially recycled false claims, assertions and promises made by regime officials in Asmara and concluded that most Eritrean migrants are economic, not political, refugees and are therefore not entitled to protected status in Denmark. But the report was soon proven to be nothing more than a ploy. In defiance of their leader, the other two members of the team soon challenged the mission’s methodology of information gathering, accuracy of its findings, and assertions of its conclusions. These same aspects of the so-called investigation were severely criticized by the national media, domestic and international rights groups and relevant UN agencies. The report, which also faced a parliamentary probe, was thus totally discredited forcing its eventual retraction by the government.

The strategy of denying (or glossing over) the dire human rights situation in Eritrea in order to justify limiting intake of asylum seekers from that country was pursued also by governments in Norway and Finland albeit in less controversial ways than in Denmark. It was however in the U.K. that the strategy attained its most radical form of altering policy so as to permit deporting existing refugees and denying access to new arrivals. But the report the British Home Office issued to provide a basis for its policy change was, to all intents and purposes, a duplication of the discredited Danish immigration report. Public reaction to the British report was therefore not any different than met its Danish prototype.

This drama of sporadic, self-serving attempts at whitewashing the brutalities of a tyrannical regime occurred at a time when a UN-sponsored, three-year investigation into the human rights situation in Eritrea was in progress. That investigation culminated in a comprehensive report which negated the attribution of the exodus from the country to economic factors; hence it confirmed that the copycat reports which advanced the claim were indeed a charade. The UN report was approved by the UNHRC (Geneva) and by the Third Committee of the UN General Assembly (New York City) in June and October 2015, respectively. As such, its findings and recommendations are informing political thinking that is evolving in the international community regarding Eritrea’s governance system and its policies.

In the months leading up to the latest UNSC meeting on Somalia/Eritrea, pundits and pro-regime activists had posed scenarios that were more reflective of their wishes, biases and self-interests than of reality. Premising that 14 members of the SC were sympathetic to Eritrea, the favorite scenario envisioned the U.S. joining them for a unanimous decision in favor of lifting the sanctions. This, so went the narrative, would open the way for the U.S. to normalize relations with Eritrea which, in turn, would encourage the EU to engage the country’s authorities and provide them with substantial development assistance.

The scenario did present a valid construct of the political linkages and cause-and-effect relationships that could be activated by the outcome of the then impending SC meeting on Eritrea. But its rosy prognostications were so much at odds with the known facts of the matter that one could not avoid dismissing the scenario as nothing more than unbridled optimism or even wishful thinking. And for the most part, it was proven to be so when the SC finally convened. For one thing, the U.S. did not opt for lifting the sanctions as predicted; worse, nearly all the other members who were presumed to be in the regime’s corner ended up voting in favor of retaining the sanctions for another year. Political/diplomatic rapprochement between the U.S. and Eritrea was not made any more likely than it had been in recent years.

But there is no denying that the pundits did also score some points. They did witness the fulfillment of one of their predictions thanks to EU’s Orwellian logic that Eritrea’s brutal and belligerent dictatorship is worthy of Europe’s “largess”. The organization recently announced its decision to reward Eritrea’s dictatorship with a 200-million-euro aid package to be disbursed over the next five years.

To fully grasp the significance of the EU decision, one needs to view the event in the context

of: (i) the growing international stance regarding Eritrea’s political system and (ii) the history of EU’s own interaction with the tyrants who preside over that system. Both the UNHRC and the Third Committee of the UN General Assembly have condemned the horrific human rights violations by Eritrea’s dictatorship as documented by UN-appointed Special Rapporteur and Commission of Inquiry. Thus, by granting a major aid package to the same government, the EU is propping up an authoritarian regime which is under multiple indictments by the international community. As such, its policy decision is an affront to both of these world bodies if not an outright defiance of their resolutions on Eritrea.

European Union’s relations with the dictatorial regime in Eritrea goes back twenty years and was marked by alternating periods of cooperation and confrontation. Given this history, the EU could not have failed to establish the hard facts about the regime: Justice, democracy, rule of law and human rights are concepts that have remained alien to the authoritarian instincts of its leaders. As EU leaders themselves had witnessed time and again over this long period, pledges of dialogue/ cooperation and promises of change/reform made by the regime have proven to be not genuine commitments, but mere instruments of deception and manipulation.

Strangely, this experience did not prevent EU officials from providing the regime with hundreds of millions of euros in development assistance and emergency funding over much of this period. Many observers found it inexplicable that this could happen with the regime continuing to ignore the EU’s own calls for democratic reform and respect for human rights, and while the Eritrean people continued to endure ever growing repression. The Union continued to oblige the regime with funding although its leaders showed extreme inflexibility and refused to release (or bring to trial) even a single political prisoner in the last 14 years despite widespread and repeated appeals by the world community.

Therefore, when the EU revealed in early 2015 that they were considering a major aid package for Eritrea, there was a general expectation that any renewed cooperation arrangements with the regime will heed the lessons of this experience. An array of public interest and advocacy groups – rights groups, civil society organizations, press freedom groups, political movements – had urged and lobbied the EU to make its future assistance to Eritrea’s dictatorship conditional on the latter’s guarantee for introducing democratic reforms and respecting human rights.

Those organizations with insight into the nature and history of the regime had pointed to the shocking track record of broken promises of its leaders and warned the EU of their deceitful and treacherous ways. They advised that any pledge of reform and cooperation by regime authorities not be taken seriously until they take concrete steps that convincingly demonstrate their readiness to change course. Such a step and one which should serve as a litmus test for the regime’s sincerity, they argued, is for the regime to immediately grant the UN commission of inquiry access to visit the country as has been requested by the international community.

It was in defiance of these overwhelming public opinion and popular political sentiment that the EU leadership decided to reward the murderous regime with millions of taxpayer euros without even exerting credible pressure to nudge the recipients towards a slightly civilized governance of their enslaved population. Indeed, the tyrants in Eritrea must be laughing themselves silly at the hypocrisy of Europe’s common practice of making deafening noises about democracy and human rights only to capitulate to the wishes of brutal dictatorships when their selfish interests demand it.

The European Union was at a historical juncture where it had to make a hard choice between upholding lofty principles and subordinating them to temporary gains of its member countries. It could take the high road and stand up to tyranny in defense of liberty and justice. Or it could instead decide to protect short-term interests by accommodating despotism. Sadly enough, the EU opted for the latter and, in so doing, allowed itself to be debased to the role of an accomplice in the brutalization and enslavement of an entire population.