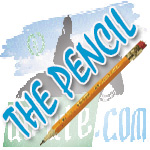 In 2009, after repeatedly warning the Eritrean regime to moderate its behavior, the UN designated Eritrea as threat to regional peace and, using the powers of Chapter VII of the UN Charter, imposed sanctions: total arms embargo on the state until such time that a panel of experts (Monitoring Group) reporting to a Sanctions Committee persuades the UN that the regime has ceased its activities and is complying with the sanctions.  The rationale the UN used to classify Eritrea as a threat to regional peace is the Eritrean ruling regime’s support for Somalia’s Al Shabab organization (an armed group with avowed loyalty to Al Qaeda) and its failure to acknowledge and resolve its border dispute with Djibouti.   On June 19th, the Monitoring Group on Somalia and Eritrea (SEMG) gave its report on Eritrea to the Security Council.   The following is a digest and our analysis of the report.

The Eritrean regime has provided several arguments to prove its innocence.

On Somalia:  The argument goes something like this: “Al Shabab is not a terrorist organization; there is no evidence that we supported them; what if we supported them, anyway? If we did support them, and we are not saying we did, it is only because, on principle, we believe that all Somali stakeholders should have a say in how Somalia is governed.  This is in stark contrast to Somalia’s other neighbors (Ethiopia, Kenya) who, for their own reasons, want a fragmented Somalia and it’s us who actually represent the aspirations of Somalis.   In any event, we are too poor to support them materially, even if we wanted to.”

For the Eritrean ruling regime, the People’s Front for Democracy and Justice (PFDJ), which has spent the last 20 years excluding Eritrean stakeholders from Eritrean governance, to lecture the world about its affinity for involving all Somali stakeholders in Somalia’s governance would be laughable if it were not so tragic.  But the PFDJ has never let things like shame and hypocrisy get in the way of its grandstanding.

On Djibouti: The Eritrean regime’s argument goes something like this:  “This so-called border dispute is a fabrication; or, at the very least, it’s blown out of proportion: it should not rise to the level of the UN imposing sanctions.  There are many other violations of sovereignty (for example: Ethiopia’s occupation of sovereign Eritrean lands, which date back to 2002) that the UN has done nothing about.  Isn’t that a bigger threat to regional peace?  In any event, the Djibouti-Eritrea border dispute is being mediated by Qatar, and it should be allowed to take its course.”

These are all arguments that would have been persuasive to the UN if the Eritrean regime had made them BEFORE the sanctions were imposed.  They are less persuasive now because much of the investigation that follows AFTER sanctions are imposed on a country has a meta nature to it: are countries (including the targeted country) co-operating with the UN to ensure that the sanctions are being implemented? Are countries, including the targeted country, cooperating with the UN in enforcing the sanctions?

The PFDJ’s power (since the days when it was the EPLF) has always relied on a mafia code of Omertà: a code of silence and refusal to co-operate with people who want to know about the inner-workings of “their” party.  The “I am too poor to do all the things you are accusing me of doing” argument is harder to make when a UN-empowered panel of experts—with expertise in finance, arms, armed groups, transport, and human rights—are traveling all over the world interviewing people with first-hand knowledge.   It is exceptionally hard to make that argument when your policies are draining the country of people who are not only knowledgeable but motivated to spill the beans on you.

Ironically, the Eritrean regime is now, regionally “better-behaved” than it was in 2009 when the sanctions were imposed. Its dealings with Somalia are not exceptional—it is the stuff that countries all over the world euphemistically refer to as “national interest:” a chess game in the dark.  Its dispute with Djibouti is the kind of low-humming frictional noise that any two random countries in the world have.  What is noteworthy is that, thanks to the SEMG’s resources and ability to break the code of silence, the very nature of the PFDJ is  is seeing the light of day.  Let’s briefly look at all three.

In response to the report of the Monitoring Group, the Eritrean ambassador to the UN wrote, “I would like to emphasize again that Eritrea supports earnestly the efforts of the Government of Somalia to stabilize the country. Eritrea upholds the unity, sovereignty and territorial integrity of Somalia and supports the Federal Government.”

Some Eritreans misread this to mean that the Eritrean regime has reversed its position but the Monitoring Group gives a more nuanced answer.  What appears to have happened is that the Federal Government of Somalia and the Eritrean regime have overlapping interests on a number of issues: both, for example, agree that the Ras Kamboni militia in control of Kismayo (a militia supported by the Kenyan Defense Forces) weakens the hand of the Somali Federal government.    It may be true, as the SEMG says, that the actors, which the Eritrean regime supports in Somalia are “spoilers,” but that is not the kind of activity that gets a country a sanction.

How the Eritrean regime allowed itself to be ensnared by the Djibouti issue is one of the most compelling pieces of evidence that Eritrea truly is not just a one-party state but a one-man state.  Even in one-party states, where power is divided between different power centers—an oligarchy—that level of screw up would not be allowed, especially in a country that is struggling to recover from the devastation of a war with one neighbor (Ethiopia) and is under the watchful eye of the world for its role in another country in the region (Somalia).

Isaias Afwerki ignored repeated appeals, entreaties to do two minor things: (a) recognize that Eritrea had a military clash, even a minor one, with Djibouti; (b) Eritrea would engage a dialogue with Djibouti.   Even a one-party state run by a despot can manage to issue a statement reluctantly agreeing that there was a military clash, even if chooses to minimize it, even it chooses to blame others for it.  Isaias categorically denied there was a conflict.   Even a one-party state run by the most belligerent tyrant could issue a statement saying that we don’t think we have anything to mediate with our neighbor but in interest of good neighborliness, etc.   But for over a year, the Eritrean tyrant just stonewalled, ridiculed, trash-talked and, bam, he got sanctioned.

But Isaias Afwerki always had the good fortune of having at least one benefactor and, this time, it is Qatar’s Emir.  He negotiated a toothless, meaningless mediation agreement between Djibouti and Eritrea.  What matters is not that the mediation agreement will solve any problem (it hasn’t so far), or that anything will happen if the two parties ignore the recommendation of the mediators (it is not binding), it is that Eritrea gets to say the issue is now with a third party.   And, amazingly, even Djibouti—which had been complaining bitterly about its prisoners of war for years—seems to have pulled back and is pinning all its hopes on the Qatar-sponsored mediation.  So we don’t expect this to be a big component of future reports of the Monitoring Group, unless Djibouti starts singing a different tune.

Unfortunately for the PFDJ (whose timing has always been poor), its behavior-moderation came only after it gave experts a license to study and analyze its can of worms.  And it is that particular invitation to well-funded and well-prepared experts which is going to tie the regime in knots for years to come.

Every Eritrean who has heard the ruling party officials bragging about how, if there is real accounting done, the State would owe the ruling party a lot of money and the State is standing only due to their ingenuity already knew about Eritrea’s parallel economies.  For the rest of the world, here it is, courtesy the panel of experts at SEMG:

“Eritrea manages two parallel economies: a formal economic sphere ostensibly managed by the State, and an opaque, largely offshore financial system controlled by elements of the ruling PFDJ party and their supporters.  [T]he formal economic system involves transactions almost exclusively in nakfa, the non-convertible Eritrean national currency, and is characterized by a chronic hard currency deficit that theoretically curbs Eritrea’s ability to provide financial support to foreign-armed groups. The informal… involves a much higher proportion of hard currency transactions than the formal economy and is managed almost entirely offshore through a labyrinthine multinational network of companies, individuals and bank accounts, many of which do not declare any affiliation to PFDJ or the Eritrean State and routinely engage in “grey” or illicit activities. “

Thus, a great deal of what the SEMG itemizes is the nature of the grey and the illicit.   There is the pay-to-play racket the ruling party runs on Eritrean businessmen: donate money to the party and you will be given opportunities to invest in…Kenya, Uganda, South Sudan.  There are the various “national obligation” fund sources: recovery tax, MH: 1:2:3, drought relief, martyr’s trust fund, martyrs family support, hzbawi mekhete, food security.  There is contraband trade.  There is human trafficking.  There is mineral revenue.  All this backed up by evidence:  an addendum of exhibits, testimonies, confessions…

Of all these sources of funds, the only one that we know for sure is the revenue from the sale of minerals—and that’s only because the company which has partnered with the Eritrean regime, Canada’s Nevsun, is a publicly-traded company, and it is required by law to tell its shareholders financial statements on how much of the loot was shared.   Apparently, it is not required to disclose that the revenues were generated via slave labor—that is up to organizations like Amnesty International to disclose.  In any event, the digging shall continue for another sixteen months as the SEMG’s mandate was renewed.

In the eyes of the Security Council, the scary menace that the PFDJ was in 2009 while it hosted and funded every scary organization is no more. Tin cup in one hand, a whip on the other, the PFDJ is a comic monstrosity to the Security Council and the Monitoring Group’s recommendations that the host States police the activities of PFDJ fund-raising, or that the UN implement a more rigid due diligence to account for mine revenues (in the millions, not billions like Iraq), seemed like an overkill, and it was not accepted.  What the Eritrean regime is doing to get around the total arms embargo seem like the work of a desperate regime and not one which poses a danger to the region.  This is why the Security Council did not accept the recommendations of SEMG on establishing a food for minerals type or regime, or even a stronger enforcement of the bully-beggar state’s tax fiat on Diaspora Eritreans and, in fact, has somehow relaxed the arms embargo.

Still, the mandate of the Monitoring Group on Somalia and Eritrea (SEMG) was extended for another 16 months.    The same team remains intact—and is less restrained than prior years (fewer reports to submit probably because it complained that its reports are being leaked by the Eritrean regime to its defenders.)  This means that the team will continue to dig and rummage through and find more evidence of human trafficking, shady business practices that have shut out Eritreans and forced their escape from their own country.  They, in turn, become fresh voices and testimony-providers to the SEMG.  In short, the biggest achievement of the SEMG is that it is breaking the omerta (sqta) culture of Eritreans and, without it, the PFDJ’s days are numbered.