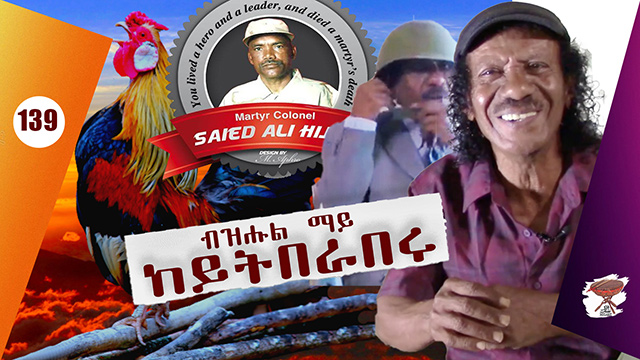 Emperor Humayun was the ruler of the Moghul empire in the 16th century in what is now Afghanistan, Pakistan, North India, and Bangladesh.

One day in 1556, Humayun carried some books from his library, stepped on his robe and tripped on the stairs and injured himself, and died a few days later.

Emperor Haile Selassie is remembered feeding his lions when his Ethiopians were dying of hunger as he was deposed and killed by the army. Humayun died at the library stairs carrying books. What a contrasting end for two emperors!

Humayun’s Tomb in Delhi is an example of the impressive Mughal architecture, followed by the Taj Mahal, a marvelous architecture of the Moghuls.

Humayun was succeeded by his tolerant and scholarly son, Akbar the Great.

The Colonels of Somalia and Libya

In October 1969, Siad Barre, 59, seized power in a military coop after the assassination of the Somali president Abulrashid Shermarke. In 1991, a civil war erupted in Somalia and Siad Barre died went into exile in Nigeria. He died there in 1995.

On September 1, 1969, Gaddafi, 28, ousted King Idris Assenoussi and ruled Libya for forty-two years. In 2011 he was brutally killed by rioting Libyans.

Both Barre and Gaddafi were avid supporter of the Eritrean struggle.

Of course, Libyans, Somalis, and Eritreans share a common colonial heritage, they were all colonized by Italy.

Italy that joined the scramble of Africa too late found only the three colonies while the English, the French, Belgians, Portuguese, Germans, and Spaniards had already taken big slices of the continent.

Italy is relatively a new country; it was disunited and by independent city-governments and principalities. After repeated failures, the Risorgimento (“resurgence”) struggle led by Giuseppe Mazzini’s follower, the Italian nationalist Giuseppe Garibaldi who in 1860, succeeded in uniting Italy as one polity under the Sardinian King Vittorio Emanuele.
Before the 19th century, the Vatican had a supreme authority over most of Europe and more so over Italy, when the papal rule was unlike what it’s now. For instance, in 1633, the Vatican condemned Galileo Galilei and asked him to recant his theory that the earth revolves around the sun. He suffered greatly for his position until his death. Three hundred years later, the Vatican apologized for the Galileo case in 1992.

Under the Papal rule, many people considered heretics were burned on the stake for having different views, such as denying the world is not flat. Italy needed Garibaldi’s revolution.

Sara is one of the characters in by book, Miriam Was Here. She also thought the world was flat. When she was kidnapped from the Sudan and the human-traffickers were transporting her and her fellow victim over the desert, they stopped in a place to deliver the human cargo to the next traffickers. Sara looked ahead to hazy horizon and asked Miriam if that was the limits of the world, and would they fall of if they get there.

Two of three centuries earlier, the Pope would have said, ‘yes, the world ends a little further.’ Columbus and other discoverers dared to see that for themselves and prove the world was round. They did, only they missed the distances by half a world. Later, Italians and other colonizers knew where they were sailing to and surprised many Africans.

The King and the Little Colonels

In the 20th century many conscious people had struggled to end colonialism. Activists, community leaders and intellectuals were determined to end the colonial legacy; Siad Barre and Gaddafi were product of that era… and so were Mohammed said Naud, Sabbe, Idris Mohammed Adem, Weldaab Weldemariam and Awate. They all dreamed about freedom and human dignity.

However, many intellectuals and activists, particularly in the army, took advantage of the popular sentiments and took-over power; soon they became dictators.

Sabbe was able to mobilize the anti-colonialism and progressive governments, including china and Cuba. It was Sabbe who contacted Gaddafi who committed himself to support the Eritrean struggle and to promote.

That did annoy Haile Selassie who felt insulted to be challenged by a man he considered too young to dare topple king Idris! ‘This young boy is helping the rebels who are making trouble for us …’ That invoked the wrath of his troops, the Tor Serawit, who recalled legends and mythologies to the extent that, after they eat and drink, they burp and declare, “Thanks you God, now it’s time to invade Libya.”

Last time Isaias met USA official, he reportedly ranted about his disappointment with Abiy who he thinks is inexperienced. Isaias turned down US gestures for helping in the resolution of the border situation with Ethiopia; he must have been so confident he would end the war to his benefit. His victory must have seemed so close when Abi could have remembered it was time to change his fashionable attire and ordered a retreat pretending it was a unilateral ceasefire. The war must have interfered with his fashion show activities.

Little colonels annoy tyrants: Gaddafi disappointed Haile Selassie, and Abiy disappointed Isaias Afwerki though for two different reasons. And that triggeres a question: are the Eritrean colonel corps little colonels of mature, bold, and caring ones? It was the little colonels who let down the late colonel Said Ali Hijjay who was killed in 2013 attempting to end the Eritrean predicament by first occupying the ministry of information in Asmara. Didn’t he leave behind colleagues of his caliber? It’s so disappointing if there are no more colonels like him.

I spent most of childhood helping my father and since he was a frequent traveler, I had the responsibility of opening the business when he was away.

Once my father had to travel and left early in the morning to the bus station. The bust was delayed, he had to travel on the next bus and returned home only to discover I was still in bed and peeked from under the blanket and could tell how mad he was. He rushed to the outside and I peeked through the window and saw him carrying a pail and filling it with water from the tap. I knew what will happen.

In a rush I put my clothes on and opened the door to find him carrying the pail ready to splash it over me—it would have been a Rude Awakening. “Instead of opening the shop Are you are going to sleep all day!” he screamed at me. I made excuses: ‘I had a headache …” and quickly left the house without eating breakfast.

As of recently, the rooster is complaining not many are waking up to his calls! He is frequently in my dreams, and he said, “I have been trying my best to wake your compatriots for a long time…are they taking sleeping pills of what?” He added, “do I need to splash them with a pailful of cold water?”

I know how a cold-water splash feels when you are sound asleep, it’s unpleasant. And I had to calm the rooster ‘just keep doing your job, they are pretending to be asleep when they are not; they hear and love your calls… One day you will be surprised when they suddenly wake up.”

So, my dear compatriots, don’t wait until you experience a Rude Awakening with a splash of cold water– you could shiver from that for a long time … you know waking up is inevitable…

Wake up on your own and don’t watch silently as the PFDJ is taking Eritrea down. And those of you who adorn your chests and shoulders with so many crown corks, are you listening? But just in case, those of you reading, please pass the word to them.