Reflection: Burying The Oldest And The youngest 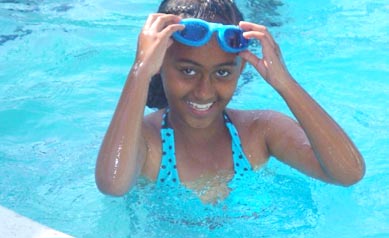 At 90, Ustaz Oaman was the oldest; at 10, Hanan was the youngest. They both died a few days apart.

Hannan was laid two tombs away from Ustaz Osman’s.

This edition started as a tribute to Ustaz Osman; with the death of Hannan it became a trigger for reflection on deeper matters.

Whenever someone dies, shockingly and faithfully we murmur, “We belong to God and unto Him we return.” Easy to say. It is an internalized affirmation of faith, that someday, every soul is bound to leave. The news of death shock us, we feel sad, we grieve, we solemnly walk behind the coffin of loved ones, we pray and finally intern the remains in a dark grave. Then we head back to different directions. Life must go on! We forget quickly, until death visits again, and snatches yet another person. We repeat the ritual.

We cannot live forever, and the biblical longevity doesn’t happen anymore. One can cling to life and wish to live as long as Methuselah lived, but we know it will just be a wish that cannot be realized. 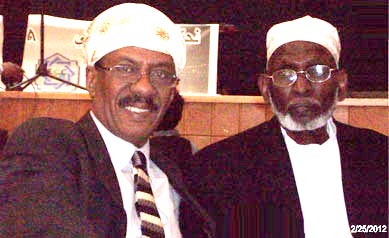 When people get older, we know they are nearing the end, but that doesn’t mean younger persons might not leave before them. In fact many old people get sick, and we think they are living their last days, then we are surprised when we see them live for many years after we last wrote them off. As always, life and death remains a mystery whose timing no human being can fully understand.

That is exactly what happened in the San Francisco Bay Area.

By tradition, Muslims are more traumatized thinking about the remains of a person staying in a morgue freezer for longer than a day, than the actual death. Though a few people question the authenticity of the religious dictum, “Ikram al Mayet Defnihi [the dead is honored by a quick burial]”, it’s an accepted norm, and we rush to perform the ritual of washing the dead, then shrouding them in a nine-meter white cloth, and we immediately bury them.

Back home, there was no need for morgues, or IDs, or paperwork and processes to bury the dead—everyone knows everyone else, and most of the time people die among their own and they are buried on the same day if they don’t die after sunset. In the Diaspora, however, it is a different story—though some people have become experts in the paperwork processes to get the needed licenses to bury the dead quickly. Indeed, the service of the few who have been at the forefront doing such tasks is invaluable and everyone recognizes their services and dedication.

12 years ago, San Francisco Bay Area Muslims, like anyone else across the Diaspora, began to fear their dead will be dishonored for lack of burial place, which requires the availability of immediate funds. That is why they began setting up community associations that cater to such specific needs. Under the patronage of the late Ustaz Osman, the Muslim Community of Northern California was formed, and buying a dozen burial lots in Livermore, California, was the first thing it did. That is where most of our dead are buried.

At that time, most of the members being young, resettled refugees, they never thought that the 12 lots will be filled in a relatively short period. Filled they were, and the community has been buying lots in batches of a dozen since then. At this moment, the last batch of 20 lots the community bought are almost filled and the administrators are planning to buy another batch.

The sad incident of Ustaz Osman’s death showed signs in advance, particularly when he couldn’t attend a gathering organized on his honor a few months ago. But Hannan! The lovely child Hannan? No one expected her to leave at a very young age. And though she had suffered for two years at the San Francisco Children’s Hospital, where she spent her time writing poems between medications, operations, and painful suffering, we all expected her to survive it. She didn’t. That little angel was snatched by the arbitrary death: ina liAllah w’inna illeihi rajioun.

The beautiful smiling girl you see in the picture suffered immensely and nothing could save her.

Compared to Ustaz Osman, one would safely assume that she had eighty years left to live; she died eighty years prematurely. That was a tragedy that shook many of us.

Am Osman, the teacher who taught generations, the always smiling man, the father figure who made everybody feel they were living with their fathers, never missed an occasion: a wedding, a funeral, or a social meeting! That was until about a year ago when he fell ill, weakened, and he couldn’t meet the dozens of his socially adopted children who equally adopted him as a father. A few months ago, due to illness, he couldn’t attend a party that was organized to recognize his role. His daughter represented him, but everyone was sad Ustaz Osman couldn’t attend. Yet, we felt that he will live much longer, even if he was ninety. How much of Ustaz Osman is enough anyway?

I had a special relations with him: my mother grew up in a house that was separated by a fence wall from the Ali Bekhit home and she considered him her elder brother, just like his younger sister Khedija who grew up with my mother, and whom I consider an aunt. As a child, Ustaz Osman learned from my great-grandfather. In his words, Ustaz Osman told me, “every evening I used to listen to Khelifa AbdAllah recite the Quraan, and I repeat the verses after him.”

Growing up, I didn’t see much of Ustaz Osman, he had been all over the place teaching in different towns: Adi-Khwala, Asseb, Dessie and other places. He had lived in San Francisco for thirty years, a city where he bonded with every neighbor and dedicated his life to serving at the library until recently when he stopped due to the deterioration of his health.

The soft-spoken and kind Ustaz Osman was a pioneer, a member of the Mahber Shewate, Haraka, a reason why he was banished from his town, Keren, and assigned to different places away from his birthplace. He was my reference—anything I needed to know about the times before I was born, he was there to explain to me calmly and clearly. On Friday September 1, 2014, I lost Ustaz Osman, I lost a shelf full of reference books from my living library. And the death of Hannan added to the loss.

I watched Hannan grow up since the first few weeks after she was born. I knew her parents from the time I settled in the USA—in San Jose, California. They are sociable, likable. Her father Negash is respectful and dependable person, willing to serve. We became friends. Hannan was eight when she was diagnosed with cancer and admitted to a hospital where her suffering began and continued for over two years. The whole community prayed for her, every family worried and talked about her continuously. Children adorned their wrists with the plastic bracelets Hannan made on her hospital bed. It was during this time that we were taken aback by the bravery of her brother, Faris!

Faris is a living example of loyalty and bravery that needs to be emulated. About a year ago, Hannan needed a bone marrow transplant, and Faris, her elder brother, was there to donate what his little sister needed. His too young age didn’t deter him from volunteering to an operation that even adults would cringe thinking about. He was not scared, but consciously offered himself for his sister, though he was just roughly four years older than her. His courage moved everyone in the community. Incidentally, Faris means “Brave”, and Faris’ bravery is something that all who knew him admired. No doubt he made his parents and his compatriots proud.

But despite all of that, Hannan followed Ustaz Osman though we all hoped she will be through with the long suffering, particularly for a child her age. God had another plan for her. He claimed her soul. And we ended up in the graveyard to intern Hannan, the child we all miss. We laid her four lots away from Ustaz Osman’s.

In fact this was the first time that I couldn’t control my tears. The whole event was surreal, Faris and his father standing there with grace, so strong, so patient, so accepting. Such is how reality should be faced. Even when the heart is bleeding, the face should stay graceful.

I cannot end this without repeating my admiration for the steel quality faith of her parents, and her brother. If the patience of Prophet Job was granted to anyone, it must have landed on this family. The way they dealt with the tragedy is graceful, full of faith and exemplary moral courage—can you imagine a father consoling others over the death of his own child? That is the peace of mind that an unshakable faith can offer.

Below I have included links to two Youtube videos showcasing Hannan’s poetry that she wrote laying on her hospital bed.

May God protect Hannan’s siblings and her parents, and may He grant them more patience.
May He give the community strength to cope with the double tragedy!
May He bless us all with the opportunity to see our birth place before we move on.