Posted on October 10, 2019 by Chefena Hailemariam in Articles 72 Comments 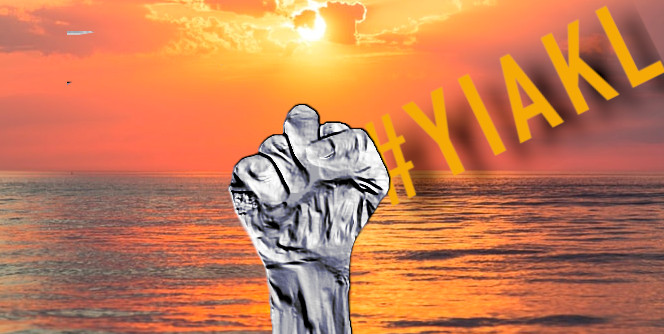 “Countering dominant and hegemonic narratives is the flip-side of being complicit” (Michel Bamberg 2004). [i]

In my part I, I promised that I was going to do rhetorical analysis on DC Yiakil Boito based on (mis)representation its detractors.  Given the gravity the of the subject and its consequences one feels obliged to react to such inflammatory discourses in a not too lightly fashion.  Also considering the timing and the seriousness of the matter, challenging the kinds of vitriolic attack against civic society activist individuals is the right thing to do.  For this reason, I believe countering a dominant narrative will positively contribute towards a unified narrative, lest I become an accomplice as Bamberg (2004) suggests.

Countering dominant narratives will call for a detailed analysis for testing the truth value of the central argument, which will be a cumbersome task.   For one thing as mentioned earlier the volume of online the oral discourse is massive and time consuming.  That will also mean indulging in vigorous scrutiny of the statements, assertion, presumptions, allegations, and most importantly the veracity of what is told and re-told version of events around the formation of US Yiakel at DC.

But a show of rhetorical acrobatics is what readers will find least interesting; and getting locked in protracted exchanges is not what I want to do.   That might as well be construed as an ad hymenium attack against an individual.

That said, it would be a mistake and hypocritical to ignore the elephant in the room. In order to arrive at a unified national narrative that is more accommodating and civilized as it is more instructive that we take stock from our modern political history.

In Part I, I gave only a snapshot of what transpired during the summer. Now that the attack against DC Baito Yiakel seems to have gradually abated, and the language toning down, I found it essential to pick on the non-trivial element of the of identity politics being played out.

Generally speaking, our perception of reality has been constrained by our background knowledge and the way we pass judgments on one another.  The Eritrean modern political history is fraught with competition for power.  It is particularly nurtured by Isais and his group, who prescribed for us a catalogue of concepts and ideas, mental models calibrated and made available for our use.   We seem to have unfortunately internalized the language of the culture setters that created “martyrs” and “heroes” as much as it did with “patriots”, “defeatist”, “fifth columnist” “hasus” or “jasus” and “kebilawi”. Some of these words are coded and meant to appeal to a section of the society at the expense of the other.   It is typically Stalinist language that hastily turns the accused into a monster.

True as it is, once one is engaged in political discourse, and going by Eritrean political discourse to date, it is about denigrating the “other’s” role and embellishing ones’ own. And, Mr KH presents himself as advancing nationalist-patriotic ideals as opposed to the narrow, tribal, with cliquish, self-serving agenda of his opponents.  This is a simple virtue signalling: the emphasis on nationalism is a simple way to distracts from the fact you are really saying you are more nationalist than the other.

The conflict developed, we are told, one incident trigged another. An argument goes X bullied a DC sub-committee into submission at the behest of Y, allegedly getting the said sub-committee to take a bad decision.  Apparently, the person making such claims owes us much more compelling evidence rather than just suggesting, us the listeners , to “connect the dots”, to discern the link between some inflammatory repetitive በለካ……በለካ (hearsay) soundbites as the outcomes of US Yeakel Baito.

While we are still on this matter, it is important to consider the physical proximity of person making the claims in relation to where the actions and events are taking place. Lives are lived while stories are told.  But, if a significant chunk of what we are made to believe is reported, gotten from others or re-told there is a satisfactory reason to doubt it veracity.

Simply regurgitating PFDJ’s worn out propaganda doesn’t help either.  To claim that the US Yeakel Bait is exposed to an external influence is to repeat what PFDJ has exactly been doing for ages and failed at. For them every issues of human right are about a matter is view as matter of national security and religious fundamentalism posing “national security threat” to Eritrea (Shabait 11/10/2017)”. [ii]

The worst part of this campaigns is the intense fanning of fear and suspicion against “a suspect community” in exactly the same manner that the PFDJ has been doing.    Invoking the name of Isaias should be the last thing to do. By mimicking “those who have fallen prey to foreign plot are from some limited localities” one clearly falls into the pitfall of logical fallacy; an extreme argument that will only produce its own boomerang.   And negatively characterising a section of an Eritrean Highland community is not only counterproductive but also provocative.   Beyond demonizing the “other” it is a clear attempt at trying to normalize what Isais and his group had routinely used.

Finally, it a brazenly cynical jibe thrown by KH that captures our attention.  In a rather sarcastic tone, MK further indicates the area where this “clique” hails from.  A dialectal variety that is specific to one region/ Awaraja in highlands of Eritrea helps him identify this community in question. (Have a listen at 4:15-4:40 minutes mark). [iii]

In my general opening I introduced how discourse shapes socio-political dynamics and the ways that they are circulated and reproduced matters a lot. But the problem is more complicated than it appears to be.

Going back to idea of identity politics, the crux of the matter has much more to do with “politics” than “identity”.  It is about narratively and politically constructed identity than a scientifically established one. The case at hand revolves around the Tigrinya Highland community. Ironically, in terms of the social and cultural identity it is the most homogeneous without much distinction to speak of.

Whoever tries to prove that people from one locality are more patriotic that the other or, conversely, one is less provincial, they are wasting their time. And If we believe such a problem exists, one can argue that it is evenly distributed across the regions – no one is better that the other.  Coded negative attribution used by Isaias have no appeal anymore.  I call this more of a socially constructed identity positioning, which gained some currency in the post-2001 political crisis.

Our obsessions with the revolution “being hijacked” speaks much about the need for trust building projects. It is high time to reflecting on the extent to which we are being influenced by some of the historically transmitted ideas. Unless we start to pull out of Isais’s induced mindset and start to imagine an Eritrea without him not much headways in sight.

The Eritrea we imagine will be a significantly changed world. New realities will require us new ways of to understanding actions and events, hence, new paradigms. In the Eritrea we imagine, population dynamics of dislocations, relocations, demographic profile, Diaspora vs home-county, question of equality, land-tenure, elite vs the populations they claim they represent, etc.  as well as related transitional issues will have to be properly articulated.

But, the elites and counter-elites are not without their ambitions.  They find it easy to make “a priori” statements i.e. with least effort to confirm the veracity of matters.  Add to this the speed and spread of the inflammatory rhetoric being reproduced in Eritrean social media. Unlike the traditional journalism of yesterday, the social media, is such an unregulated space devoid of the filtering function exasperating the propagation of untruths.

In conclusion, the rightness value of such exercise is to be left for everyone to make a judgment on.  I don’t, in any way, advocate silence or downplaying issue classified by some as ‘sensitive’.   The question remains though how, at what level and when?  if there is sufficient reason for us to believe that these matters impede our fight against tyranny, then there should be no reason for them to be tabooed.   Incidentally, a few down-to-earth individual citizens can be seen seeking some way of understanding the problem, and their modest attempts are to be appreciated.  But the process of building a national consensus is about walking it together- collectively building a coherent narrative around our multiple and competing identities. Eritreans deserve more than the kind of exchanges of toxic soundbites that we have witnessed recently. Yiakil!