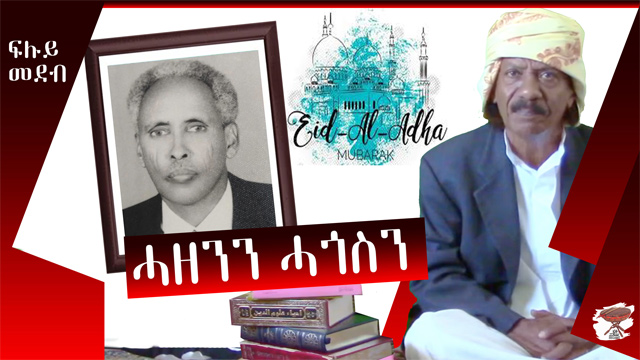 One morning Jemal and Khalid were strolling around when they saw armed soldiers leave Shishita garrison on speeding trucks. It could have been another trip to search a house or arrest someone, only their number was large. An army car stormed Khalid’s house and hauled his father while they watched in fear. The soldiers went to different houses in the town and hauled scores of fathers and guardians of rebels who had joined the rebellion and jailed them in Shishita.

The men sat at a far end of Shishita under the shade of a tree where Colonel Welana came to them in full combat gear. He told them, “You are brought here to listen to a proclamation issued by our charitable king, Janhoi, the Conquering Lion of Judah, the King of Kings, elect of God, the Glorious Haile Sellassie the first of Ethiopia, who has granted amnesty to all bandits and outlaws. As parents of outlaws, you are ordered to persuade them to surrender and take advantage of Janhoi’s amnesty.” He stared at them for a moment and then said, “If you do not cooperate, it would mean you are condoning their misguided actions. Janhoi’s government has caringly offered you one month to bring your children back. When the one-month window of opportunity elapses, you will be sorry. As the whole world knows, Ethiopia and its king are invincible and Janhoi’s army will crush the bandits, then regrets will not help. Your outlaw children will perish. Take advantage of the amnesty and bring them back.”

There was a long silence and the prisoners looked at each other in surprise. After a long silence, the bedridden Haj Hashim whom the soldiers hauled with his bed, raised his feeble hand. Colonel Welana gestured, giving him permission to speak.

“Do you think we have the ability to challenge armed men?” Haj Hashim said.

“If they respect you, they will listen,” the colonel said with a smirk.

“My son is not with the rebels, he left for Egypt to study,” another parent said.

The colonel became angry, “We know where your sons are, your son is a bandit, and you are abetting the bandits by trying to hide the truth!”

Colonel Welana opened a book filled with pictures of the rebels, “Don’t underestimate the intelligence of Janhoi’s government!” He gave the prisoners an ultimatum, saying, “I will return to you in a couple of hours. Consult among yourselves and when I come back, I want to hear your final response to Janhoi’s proclamation.” Then he left.

Among the prisoners was Habtu, who hated Janhoi so much that when the king visited Keren—and Jemal stood on the street side with an Ethiopian paper flag—Habtu left for the countryside: “Aneyni, Janhoinni bhanti tsehay ayntsellon inna!” He was not willing to share the warmth of that day’s sun with Janhoi.

The men sat there for hours talking about many things, ridiculing the proclamation, and agreeing on how to reply.

Colonel Welana returned after having his lunch and nap, still showing a cruel face to scare the parents. He asked if they had thought about the amnesty.

“We cannot force men with arms to do what you are asking. They are armed and you are armed. Deal with them. We will not shed any tears if they die; they died the moment they left our houses.”

“Is that the final word from all of you?” The enraged colonel asked.

They all nodded. Colonel Welana displayed a sinister smile from the side of his mouth and ordered his soldiers to throw the men in jail. “You will be tried for collaborating with the bandits and for rejecting Janhoi’s gracious amnesty!” he said before he jumped to his jeep and sped towards the gate of the camp.

The men spent two months in jail, and a few died shortly after their release. Others never regained their health; the tough jail and the tormenting experience under Janhoi’s army took its toll on them.

Though Haj Hashim was semi-paralyzed and bedridden before his arrest, his health deteriorated greatly when Janhoi’s soldiers jailed him. His old age and his frail body could not stand the torment of jail. Colonel Welana ordered his soldiers to dump the old man at the hospital; he didn’t want to have him die in his custody. A guard stood by the door in the hospital as if a bedridden man could run away. But the modest hospital was not equipped to care for the traumatized man, Haj Hashim went into a comma and doctor there could do nothing to help him except put him on an ambulance and send him to Asmera.

An old VW, the ambulance had an egg-shaped flashing red bulb and a sharp deafening siren on its roof. The panels were beige colored and looked like a poorly painted street wall. Nothing in it shined except its glass. The hospital staff remembered its existence only when a patient seemed to be taking his last breath. Only then did they declare the patient in a state of Aferkbu, last rites, and Aferkbu was how the people called the Ambulanza.

Just like a train on a fixed track, the ambulance traveled only on the main road from the hospital in Keren to the one in Asmera and back. No one saw the ambulance on any street other than the Keren-Asmera road when it carried near-death patients, maybe an open skull or a ripped belly. Calling an ambulance for anything less would have been considered extravagance. In a place where people are supposed to be as tough as their ancestors, not sissies who complain about minor injuries, a cut here or there or a mild diarrhea is not serious enough.

Even when the hospital wanted to use the ambulance, someone had to fetch Adem the driver from the town center; he was not supposed to wait idly in the hospital doing nothing! He might even ask why someone would need an ambulance outside regular working hours when he was having fun. He questioned the wisdom of being subjected to a day and night duty when the ambulance could not be needed more than twice a month. Why would he stay in the hospital when he had a life to live?

“Get Adem, pronto,” the doctor shouted at the nurse after checking a patient who was expected to die any minute.

The nurse rushed out to fetch Adem from town center still carrying a syringe that she forgot to leave at the hospital. She roamed the streets asking anyone she met, “Have you seen Adem?”

Everyone in town knew Adem and in no time someone gave her directions to the location where Adem was last seen. Nearly out of breath and puffing, the nurse found Adem, who instantly knew he had to drive the Godforsaken ambulance to Asmera. He dropped the billiard balls in the middle of the game and the nurse briefed him about the patient on the way to the hospital, a fifteen-minute walk from almost anywhere in town.

Adem hopped into the ambulance cursing the doctor, nurses and even the patient for interrupting his fun time. “Why is he still living anyway?” Adem would mutter of old patients. If it was a young patient, he blamed the doctor. “Good for nothing. He can’t cure anyone,” he whispered in disdain. “You take this person for a doctor?”

The nurse made one final check of the stretcher, the straps on the patient while looking at Adem from the corner of her eyes. Adem yelled, “Get in quick, let’s go.” He’d then crank the engine of the VW ambulance. Only one nurse was allowed to get in the ambulance with the patient.

The doctor always gave an emphatic “No!” answer to the request of relatives who insisted on accompanying the patient. But everyone recognized Adem as the last authority regarding his ambulance. If he approved of the relative, Adem gave them a wink and gesture. They translated the signals and rushed out to wait by the curb of the Cathedral, a short distance from the hospital. Adem blasted the siren and drove through the asphalted road towards Asmera.

Jemal wondered why Adem blasted the siren in the empty streets; the only cars around were a few military vehicles and the old ambulance couldn’t speed to a dangerous level anyway. “A siren is there so it should be blasted!” Adem had explained

The ambulance stopped by the Cathedral to pick up the relative, passed by the municipality building, made the half-circle drive through Gira-Fiori and headed east towards Asmera. People sitting lazily under the tree shades outside Ajak’s teashop prayed for the patient to make it to Asmera—they already knew who it was. Almost everyone knew the names of all the hospital staff, as well as the names of the entire patient population at any given time. Jemal was sitting at Ajak’s when the ambulance zoomed through carrying Haj Hashim. Adem had enough fuel to drive the ambulance to Asmera; he didn’t stop by the gas station when he drove by.

Eager to get the patient to Asmera in time, he drove the ambulance fast; he had a special affection for the old man who suffered the cruelty of Janhoi’s rule. But the ambulance had just reached Elaber’ed, a plantation village some twenty-four kilometers away from Keren, when the old man’s heart stopped beating. Adem decided to return to Keren. He didn’t see a point in driving a dead person all the way to Asmera. He stopped the siren and drove silently back to the Keren hospital.

Upon arrival at the Keren hospital, roughly an hour after the he left on the ambulance left for Asmera, Haj Hashim started to breathe again. The stubborn old man seemed to be refusing to die in prison, at the hospital and on the ambulance. He must have been refusing to be rescued. Adem had said, “This defiant old man has seven lives!”

Haj Hashim seemed determined to prove that he would die on his own terms—only when his time was up. Only when God decides.

They put Haj Hashim in a room with Abbe, Gebrrebi’s grandfather who was also seriously sick. The doctors couldn’t identify his sickness. He had tried to help them understand. “I am ninety-years sick. How do you save a man warming up for departure?” he had said.

NB: The above is a chapter from my book, “Of Kings and Bandits”, it was adopted form the real story presented in the video of today’s Negarit special in a summarized form.