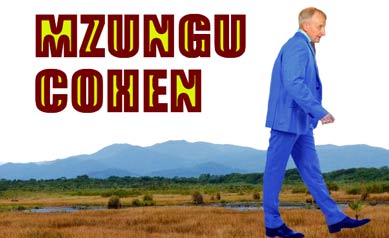 “I would claim that the west shore of the Red Sea is not the east coast of Africa. Considering culture, language, and political outlook, I would argue that the Middle East includes the countries in the Horn. One exception would be Kenya….[Siad Barres’] disdain for human life and the ease with which he could order mass murder of his own citizens were in the mainstream of the subregion. I have seen similar policies implemented by heads of state in the Sudan, Ethiopia, and Eritrea.” – an excerpt from a book.

Based on the above, which of the following are true:

1. It was written decades ago, certainly not in 2015. Because, clearly, anyone who has seen the recent history of the Great Lakes region of Africa (Burundi, Rwanda) or West Africa (Sierra Leone, Liberia) couldn’t defend “mass murder” as a unique feature of the Horn of Africa.

2. It was not written by anyone who had any position of authority in Africa or knows much about its history.

3. None of the citizens of the Horn of Africa (with the exception of Kenya) would look to the author as an authority on, or advocate of, their country.

Time is up, pencils down. All three statements are false.   The book, “The Mind of the African Strongman: Conversations with Dictators, Statesmen, and Father Figures” was published in 2015 by New Academia Publishing.   The author, Herman Cohen, spent his entire career—20 years—representing the United States, within the State Department and National Security Agency, to Africa.   Eritreans, particularly those who support the dictatorship of Isaias Afwerki, have taken up to seeing him as their best advocate to the United States.

The Mind of the African Strongman is one in a series, volume 57, undertaken by the Association for Diplomatic Studies and Training (ADST) and DACOR, “to increase public knowledge and appreciation of the professionalism of American diplomats and their involvement in world history.” Essentially, it is a collection of cocktail conversations American diplomats have with one another until someone says, “hey, you should write a book.”   But books being books, someone has to figure out a common thread, of Important Lessons I Learned, even if what the diplomat learned is contradictory or doesn’t appear to be supported by the facts.

This is not a book review, nor a digest. Actually, for those of us who think that modern Africa history is mostly the biography of Strongmen, it’s a good read. Clocking in at 178 pages with giant fonts, you can start and finish the book at your next road trip.  My interest is only in what the thesis of the book is; how this thesis is, if at all, contributing to US policy to Africa; and, if so, what does the author, now retired from American government and running a lobby shop, feel about it?

Students of Africa have proposed numerous explanations as to why the continent still lags far behind the rest of the world in its political, economic and social development. These are: colonialism, neo-colonialism, geography, climate, extreme diversity (there are 3,000 language groups in Africa vs 23 in Europe) and, finally, culture. Here’s where Mr. Cohen comes down on the issue: “Sub-Saharan Africa has been, and to a great extent continues to be, a prisoner of its cultural history.” He has little patience for the “colonial argument”: “After a half century of independence, the argument that African nations are suffering from continued colonial exploitation rings hollow.”

Culture is, in the memorable phrase of E.B Taylor, that “most complex whole”.   It means everything and therefore nothing. Even Clifford Geertz was stumped and said, “Believing, with Max Weber, that man is an animal suspended in webs of significance he himself has spun, I take culture to be those webs, and the analysis of it to be therefore not an experimental science in search of law but an interpretative one in search of meaning.”

Because it means everything, it has become a substitute for taboo subjects. “Culture” now is a polite replacement for “Race.” Here’s Cohen describing a dinner with Senegal’s Senghor:

“Senghor pointed out that all of the employees came from the Peul ethnic group…Senghor then explained why there was no diversity in his household staff. He said that he considered the Peul to be the most intelligent of the various ethnic groups in West Africa. With increased experience in West Africa after our stay in Senegal, we had extensive contacts with Peul intellectuals and officials and found among them a great desire for education and intellectual accomplishment.”

Now, imagine The Mind of the African Strongman is a an audio book, and it is narrated by the author himself to African-American Studies students at a historically black American university. Would there be a lot of people nodding their head in agreement or an audible groan?   I submit to you: they would be groaning. And I also submit to you that the author, Herman Cohen, would be shocked at their reaction.

On paper, and based on his various stationing in Africa and Washington DC, Herman Cohen is perfectly qualified to be an “Africa Expert.” Consider: BA in PolSci in 1953; MA in international relations in 1962. Then: consular officer, attaché, Ambassador to Senegal, Gambia; Deputy Assistant Secretary of State for Intelligence and Research; Special Assistant to the President in the NSA; U.S. Assistant Secretary of State for African Affairs from 1989-1993.

The problem is that Cohen is a relic of the Cold War era. He comes from a period of time where American diplomats had no compulsion about advising an African country to annex another African country as he, admittedly, did in advising Senegal to annex The Gambia. He comes from a period where “culture” is a convenient substitute for “race”: Middle Easterners are violent, East Africans are violent, so, culturally, East Afrians are really Middle Easterners. Cohen comes from a bygone era where white Americans were sent as delegates to Africa, when it would be unthinkable to send a non-Catholic envoy to The Vatican or a non-Jewish ambassador to Israel.

He comes from a world of exaggerations and resume-polishing where he has no qualms about saying that his accomplishments include “ending the civil war in Ethiopia in 1991.” Really.

He comes from a world where American diplomats spend hours humoring—and understanding—the bad ol’ boys networks of African Strong Men, and their paternalistic arguments that they can’t possibly introduce human rights and democracy to their woefully unprepared people.

So, to somebody like Herman Cohen, somebody like Obama’s National Security Advisor, Susan Rice—black, female, over-confident and with bullet-speed career-path to positions he never achieved—must be scary.   And, in his leaked interview with Eritera’s charge d’affairs to the United States, he goes to some extent to describe his feelings:

“Although she considers herself an Africa expert, her approach is domination and suppression and her decision-making is based on whom she likes and hates. Because she is driven by personal animus, she is not one that is fit for diplomacy.”

This is, to say the least, quite odd because Susan Rice is engineering what he seems to approve in his book:

“Barack Obama appears more inclined than his predecessors toward “tough love” with respect to Africa…. Some of the second and third generations of African leaders appear to be taking him seriously. Thus, there are grounds for optimism in Africa in the second decade of the twenty-first century.”

Moreover, beyond his book, on his blog (cohenonafrica.com), he has explicity called on the Unites States not to passively accept the decisions of African leaders to play games with rule of law:

If the African leaders go ahead with their plans to stay in power by modifying their constitutions, and the United States does nothing, then the Obama Administration’s credibility in Africa will certainly suffer.

Actually, maybe I should say “rediscovers.” Because, according to his professional bio, he ended the Ethiopian civil war, that is to say, he attended a meeting in London where Eritrean and Ethiopian rebels dictated the terms of surrender for Ethiopia’s Mengistu Hailemariam.

In Neo-Cohen, we learned that he is very upset with America’s policy towards Eritera, which has garnered him a lot of support from the supporters of Strongman Isaias Afwerki.   A sample of his tweets and blogs:

* US and #Eritrea helping #SaudiArabian effort to push back Houthi rebels in #Yemen. Another reason for the US to lift UN sanctions on Eritrea

* #UNSC decision to continue #Eritrea sanctions has no basis in fact – rather, in personal grievances within US gov’t

* #Ethiopia is suffering a terrible drought while #Eritrea, in same neighborhood, with same rainfall and climate, continues to feed its people

* What Susan Rice Has Meant for U.S. Policy in Sub-Saharan Africa

The United Nations Security Council has decided to continue sanctions against Eritrea for another year. This decision has no basis in fact. It was taken because certain persons in the highest levels of the United States Government have mean spirited grievances against Eritrean President Isayas Afwerki. All accusations against Eritrea regarding alleged assistance to the Islamist terrorist group al-Shebab in Somalia have never been substantiated. All experts on Somalia now agree that for the past three years, there have not even been rumors about such assistance. This is pure bullying.

Now, now. What needs to be remembered is that Herman Cohen is, in the terrible tradition of the United States (people have to make a living, etc), a lobbyist now.   In one of his tweets, in response to a feisty Eritrean who accused him of being in the payroll of Tyrant Isaias Afwerki, he claimed that he doesn’t receive any renumeration from the Government of Eritrea for advocating arguments that run contrary to what he wrote in his book and his own blog (assuming he wrote both.) This only makes him just a confused old man, but he is not even getting paid to be confused. So, let’s try to help him out.

The Government of Eritrea is run by a Strong Man, the sort that Herman Cohen used to have long conversations about nothing with.   To Eritreans, what this means is that he runs a country without a constitution; he forces hundreds of thousands of our youth to be in indefinite military service; he disappears our families who run afoul of his rules; he imprisons them without charges; he conducts extra-judicial killings; all of which have resulted in emptying an increasingly large percentage of Eritrea’s population and making a once-hopeful people pessimistic and destitute.

Herman Cohen can shrug at this and say, “Oh, well, that’s East Africa; that’s their ‘culture’.” Remember, according to him, Eritrea is part of the Middle East where mass torture of your own citizens is the norm. After all, American history is replete with intellectuals who were enamored with tyrants including Walter Duranty and Herbert Mathews, who fell hard for Stalin and Castro, respectively for whatever used to be the equivalent of Millenium Development Goals then.

But now let’s look at why that is not (and should not be) acceptable to the United States:

Part of what has contributed to Eritrea’s lethargy is that the Eritrean opposition has political actors who come and go at will disrupting its dynamic. It appears that the Eritrean government is afflicted with the same malady—people like Herman Cohen, who have been on a leave of absence throughout the 1990s and 2000s, suddenly appearing in 2014, for their own completely selfish reasons, to give false hope to the Government of Eritrea that it doesn’t have to change any of its appalling behavior to get legitimacy from the United States.   In Africa, there is a term for lost wanderers from Europe—it is Mzungu—and Herman Cohen, with his destructive role in Eritrea, has earned it.