From The Teachings Of The Late WelWel 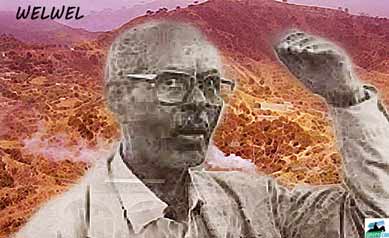 The following was translated by the Awate Team and published as part of the set of launching content of awate.com in September 1, 2000.

The late Ato Woldeab Woldemariam was a lifetime teacher, and a great debater. His Commitments to individual freedom, democracy and justice were as unshakable as his commitments to the unity of Eritrea and the dignity of its people. Read The following extracts and quotations from his writings of the 1940s from his newspaper articles, now compiled in a Tigrigna book entitled “Mirutsat Anqetsat Ato Woldeab, 1941-1991”, edited by Tikabo Aresi’e and printed by Hedri Publishers in Asmara in 1995.

1. “Many Eritreans could have read my previous writings on democracy and dictatorship. These are two different systems of governance. At the present, the two are locked in armed collision [WW II] and many things are being said about them. It is therefore of interest to present to you [readers of Semunawi Gazeta] a brief description of these two opposed systems.

In a democratic system, all the people participate in the affairs of the State. That is why we hear about elections and changes of government in Great Britain and America. A nation under a democratic system elects its leadership. The people have full freedom to criticize or commend their leadership in the papers and over the radio. In democracy, all issues of concern to the people are discussed in public and with full transparency . The legislative doors are kept open for the citizen who also has the right to know how the laws on taxation are made and how the public expenses are organized.

2. “There are some persons who say there will not be a need for a deed of covenant between one’s own government [after a possible conditional union with Ethiopia] and the Eritrean people. Those who tell us that our government should not be accountable to our wishes do not appear to have thought very well for the welfare of the Eritrean people. As far as I see it, they are only parroting assumptions based on what they had been told . For sure, it is only the weak and poor who put their trust only on agreements and accountability. The well placed, the powerful, have no need for covenants and accountability..”

4. “Dear reader, dear proud compatriot! Be brave (seb’ay kun). It is up to you to strive for your full freedom.. Do not wait to be bottle-fed like a small baby. Will you mind if, out of sincerity and all the good wishes for you, I advise and urge you to be the Bridegroom and the Host of this coming Great Event [end of colonial rule]? It is out of fervent wish to see you free and prosperous

that I address you in this manner, and I hope you understand me. Do not allow your freedom to stop half way. You had been under bitter bondage, and that is why you demanded to enjoy the sweetness of freedom.”

7. The Eritrean people and also the people of Tigrai will have to be allowed to send their elected representatives to a national parliament. However, there are persons who tell us the time is not ripe to raise such issues now. It is not fair to condemn as traitors and ‘Woyane’ [Tigrai rebellion of 1943] to those who, for instance, demand the rights of the Tigrigna speaking people… In reality, a traitor and ‘Woyane’ is every sycophant and hypocrite (leQlaQn gbuzn) amongst us who does fail today to react in defense of the rights of the people being trampled in front of his own eyes. But overwhelmed with sorrow, I ask as to when will the right time be for us to speak out openly about our cause and our people. .”