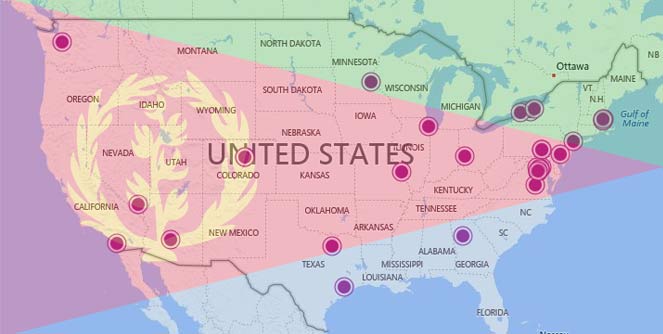 On May 21, 2018,  Gedab News reported that it received a leaked document with a list of operatives in the Diaspora which the PFDJ created to operate within “a new strategy to combat media that sheds a negative light on Eritrea”. The task force is part of the many affiliate organizations in the Diaspora.

The list shows the first, second, and third tier of the propaganda arm, which was assembled by Yemane Gebreab, the political advisor to the president who also acts as the real foreign minister, chaperoning Osman Saleh, the acting foreign minister in all his travels.

According to the document that Gedab News received, the strategy involves bi-weekly talking-points that Yemane Gebreab delivers to the task force through Paltalk sessions in which operatives from several PFDJ affiliate groups attend.

As reported previously, the aim is to counter the growing objections and misgivings inside Eritrea as well as in the Diaspora regarding the Eritrean alliance with Saudi Arabia and the UAE on the aggression on Yemen, a position that has aggravated the PFDJ support base.

Reports indicate that the discontent among the supports of the PFDJ base has been growing following the undisclosed peace agreement Isaias Afwerki reached with prime minister Abiy Ahmed of  Ethiopia. However, according to PM Abiy, no agreement has been reached regarding the border, a serious issue among the PFDJ support.

After being told for almost two-decades that the demarcation of borders and the withdrawal of Ethiopian troops was a prerequisite for peace, PFDJ operatives are finding it hard of to explain to the supporters that the border issue is secondary to Ethiopia’s stability.

The activities of the task force known as “Mekhete 2” (Defense) is the second largest media campaign, after “Mekhete 1” of 2001 that was launched following the arrest of PFDJ officials and government ministers. “Mekhete 1” was chiefly conducted by former Eritrean Ambassador  Andebrhan Weldegiorgis and Ambassador Beyene Reesom. The main message of the Mekhete was an attempt to explain to the Diaspora supporters of the PFDJ that arrest the G15 was due to the risk they posed to the Eritrean national security. This time, “Mekhete 2” is directed by Yemane Gebreab in collaboration with the task force to combat “negative media.”

The list of names that Gedab News obtained identifies the following individuals as the members of the task force that is briefed by Yemans Gebreab on Paltalk every other weekend.

NB:
1. As an additional measure for proper identification, we have provided age and location information.
2. we apologize for several errors in the text that are now corrected.