Isaias and His Tactics for a Quarter of a Century 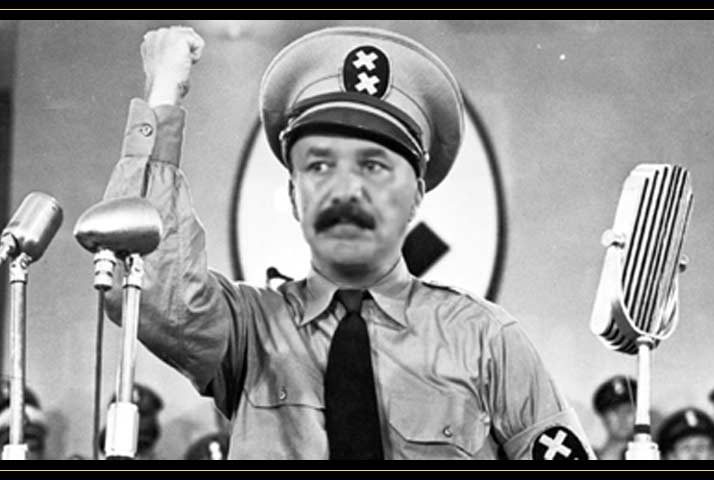 A quarter of a century after independence on May 24, 1991, Eritrea still has some growing agonies to overcome. The country that was considered hope and model for the ravaged Africa (Cameron McWhirter, Chicago tribune, may 16, 1993), has now become one of the largest refugee producing countries in the world. Twenty-five years after the joyful celebrations and endless promise of freedom and justice, Human Rights Watch reported that tens of thousands of prisoners of conscience–political and religious–are held in arbitrary detention centers. Currently, Eritrea under a single political party, the People’s Front for democracy and Justice (PFDJ), has no freedom of expression, no independent media, and no civil society. Under the grueling and well rooted dictatorial government of Issais Afewerki, Eritrea is ravaged by serious human right abuses and poverty (Human rights watch Report 2015: Eritrea). Therefore, it is apparent to ask, how did the once promising African country turn into one with no constitution, freedom of press, freedom of religion, and no structured justice system? And what does the future hold for the small, yet strategic country, and its people?

For more than a century, Eritreans have been paying dearly for the ideals of liberation, freedom, democracy, and justice. Initially under Eritrean liberation front, followed by Eritrean people’s liberation front, the people have led a thirty-year war for independence from Ethiopia. They won independence and hoped to build a prosperous country with a constitution that safeguarded freedom and justice. Ever since Eritrea marked its formal independence on May 24, 1991, it has been rule by the dictatorial government of Isaias, the former freedom fighter who has been in power since 1973, together with other leaders who split from the Eritrean Liberation Front (ELF) to form the Eritrean People Liberation Front (EPLF).  After independence, EPLF changed its name to PFDJ, which is the sole ruling party.

The Eritrean revolution had many brave, educated and capable leaders within its ranks but still, Isaias managed to stay in power facing little or no resistance; it is still a mystery how Isaias managed to stay as a top commander of the EPLF throughout the struggle era. For a revolutionary organization that was praised for its effective structure, it is unexplainable why the freedom fighters allowed him to hold power until Independence Day; twenty-five years later, he is the first and the only president the country has seen. In his recent interview with Al Jazeera, Isaias said that there will not be any election in Eritrea any time soon; knowing how Isaias managed to stay in power for such a long time, would greatly help in understanding the history, the present and the future of the country.

This article is mainly based on my personal observations on the post-independence era and will emphasize the tactics Isaias used to mislead the people to stay in power. In addition, I will address the main consequences of his dictatorial regime and the impact it could have for the future the country.

If we assess the behavior of the government of Isaias after independence, we can clearly track his strategies and systematic movements, we can understand how he held power for a quarter a century. Out of the many strategic steps he took, I will focus on the following:

The above mentioned systematic of rule, among others, has created a situation that allows Isaias to strengthen his dictatorial regime. Over the last 25 years he dominated and held every powerful position to effectuate his long-term plans. Most dictatorial regimes, such as the late Ghadaffi of Libya, Mugabe of Zimbabwe and Omar al Bashir of Sudan use the above-mentioned schemes. Just like other dictators, Isaias is determined to stay in power at any cost, without any vision (Fetsum Abraham, Awate, January 25, 2013). Under Isaias’ authoritarian regime, Eritrea has become:

Under Isaias’ regime, Eritrea is being subjected to a continual, systematic violations of human rights and fundamental freedoms. In addition to the above abuses, the most common practices include forced labor, open-ended military conscription, restriction on freedom of expression and movement, repression of religious freedoms, torture and other degrading treatment in detention centers, arbitrary arrest, etc. The situation in Eritrea is going from bad to worst; with the current wage structure, even a university graduate can barely survive for 10 days. The cost of living has sky rocketed and people are heavily relying on food rations and money transferred from relatives in the Diaspora.

Eritrea has been branded as a failed state by many political observers and it requires a strong movement to provide an alternative means to solving its major problem, which is primarily the Isaias regime. Now, the solution seems to be finding a way to overthrow the Eritrean dictatorial regime and start a smooth transition towards a constitutional governance. Currently, there are numerous political organizations and civil associations working to mobilize the society to strongly resist and oppose the regime. However, it is undeniable that all the organizations, regardless their difference, need to work together to achieve the common goals to be able to defeat the PFDJ. Over the years, most of the opposition forces spent a great deal of time criticizing each other on insignificant issues. Now, more than any time before, it is vital for the opposition groups to lay aside their difference and focus on the main enemy of the people. Eritreans need to come together to stop further pain of the people—it is time to stop counting differences and start to save the people and the country. Every initiative against the PFDJ, regardless of its origin, should be supported, not opposed. Organizations should be engaged in constructive dialogue on how to effectively and collaboratively use their resources to topple the Isaias Afwerki regime.

Our people, especially those residing in Eritrea, are facing a great risk, and the stakes are high. Citizen should take the issue seriously and immediately come to a resolution to end Eritrea’s plight. The solution is in the people’s hand.