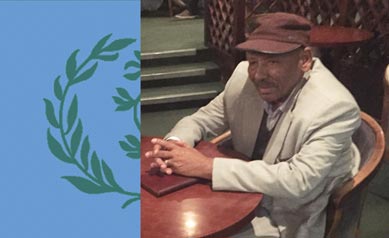 Shortly after that the officers also arrested Abdellah Hamdoi, member of the Executive Committee of the ELF .

To date the Sudanese authorities have not given a reason for the arrest and the whereabouts of the arrested is unknown.

In a statement it issued today, the EDA leadership “expressed its surprise and astonishment regarding the unexpected action taken by the Sudanese authorities, particularly because the Eritrean opposition respects the political choice of the Sudanese government.” The statement added that the EDA always refrains from “engaging in any activity in Sudanese territories that might disrupt the cordial relations [of the Sudanese Government] with the repressive regime in Asmara.”

The EDA leadership considers the arrest of the two members of the opposition as a shift in the Sudanese policy towards the Eritrean opposition, and it emphasized that “the Sudanese authorities bear full legal and political responsibility concerning the safety of the two arrested persons.”

Eritrean security officers have free access to the Sudan particularly in the Eastern Sudanese regions of the Red Sea and Kassala where they arrest and kidnap opponets, and engage in open espionage activities.

Over the last few weeks there have been several military clashes in the South of Eritrea as well as the Western region and the Eritrean government accuses the EDA member organizations of carrying out the attacks.

Reached by telephone, Dr Yohannes Zeremariam, a senior member of the ELF said that so far “the Sudanese authorities have not explained the reason for the arrest, but given Hussein’s age and health conditions, it is inconsiderate to arrest him and we hope they will release the arrested immediately.”

Dr. Yohannes added, “The Eritrean opposition forces, including the ELF, are very careful not to disrupt the neighborly relations between the Sudanese and Eritrean people and such actions do not help the cordial relations… we appeal to the governments in our neighborhood to do whatever they can to secure the release of the two Eritrean leaders who are arrested by Sudanese authorities.”

Also, this morning the ENCDC issued a statement appealing to the authorities of the Sudanese security to release the arrested persons and “instead direct their efforts to fight the violations on Sudanese sovereignty, and the organized two-way smuggling of products, and the appalling human trafficking, which is carried out by the intelligence apparatus of the Eritrean regime in cooperation with some active gangs in Eastern Sudan…which harms Sudan more than the peaceful presence of the forces of struggle for change in Eritrean lands.”