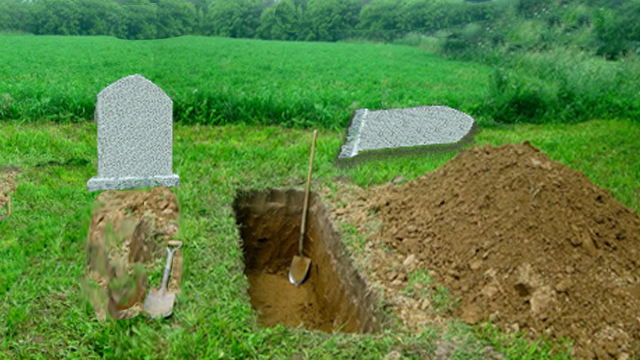 “In the long vista of the years to roll,

Let me not see our country’s honour fade:
O let me see our land retain her soul,
Her pride, her freedom; and not freedom’s shade.
From thy bright eyes unusual brightness shed—
Beneath thy pinions canopy my head!”*  John Keats

In the era of social media blitz where plethora of young and old talking heads are populating the medium, it is rather difficult to avoid postures of reductionism towards any idea that one may wish to advance. The latter, however, pales in comparison to the malicious intent of injecting more than hints of doubt in Eritrean national identity, religious identity. Ultimately, it is to accept the absurd notion that Eritrea has no territorial integrity unless and until it joins Tigray. The onslaught is done massively, seemingly, in coordinated fashion, using the optics giving it, effectively, exaggerated sense of legitimacy. Gaslighting is a befitting descriptor to these types of relentless onslaughts because “[w]hen confusion, diversion, distraction and disinformation are ramped up so they become an omnipresent pollutant of public debate, we may end up losing faith in the very possibility of truthful discussion – or in our own views**.”

Saleh Younis’ two initiative articles related to Government in Exile (GiE), for example, were reduced to the resurrection of its aging personalities to have us be led, essentially, from their deathbed by dead men walking. Never mind the insightful observation that any Eritrean could easily associate with one or the other revolutionary org be it by disposition, by association, by affiliation, heck even by civilians marrying former Eritrea’s independence warriors. The elaboration in a much concrete fashion as to what’s meant by the ELF/EPLF schools of thought is now readily available***. Now, the third article is a charmer, where Saleh Younis uses it as a filler for so many loose ends that were lingering in the social media outlets screaming for elaborations. “To hope” for Keats is to “not see [his] country’s honour fade”. To hope for the GiE proponents appears to be “to see our land retain her soul”. To hope, indeed, for all Eritreans should be to see Eritrea’s “pride, her freedom; and not freedom’s shade”.

Hope is the fuel that keeps the opposition move onward and forward fighting until the desired outcome is realized. Hope also fuels passion and compassion toward a cause that one believes in, without which one will be hard pressed to keep galloping toward the political horse race that Eritrea and our region seem to imbue. The hopeful ideas of struggling will continue until that political horse race evolves akin to a communal “hot tea sipping political discourse”, where people can have their differences without needing to violate each other’s rights.  Ideas emanate from these hopeful signs as one struggles to find a viable solution to a protracted problem like Eritrea and its people who have been facing such untold misadventures for the last five decades. Therefore, it isn’t that difficult to surmise that the idea of Government in Exile (GiE) emanates from deep within one’s core thought processes, through countless agonizing-over in search of a solution. The hopeless case of trying to have Eritreans to look within themselves seeming next to impossible to do, at long last, found an opening. Finally, the hopeful signposts for Eritreans to start looking within appear to take hold. But there is another deep-within and deep-without that Eritreans in the opposition must find a way of harmonizing. Here is what’s meant by these dualities:

The enemy within proves to be far more challenging to tackle than the enemy without for the people to rise in unison against something they deeply believe in. So, those with extensive experience about the struggle for justice in Eritrea take their grievances to the airwaves, their trepidations, in some cases their dirty linens out to the public. There appears to be no letting up of discussing every conceivable idea in the social media now days. So, the merits and demerits of GiE, thank goodness, continues to be discussed extensively from all conceivable angles. And those with very little experience who possess very little knowledge on the subject had their say, too. All and all, for once Eritreans started addressing their own issues. This time, the idea of GiE is proving to be durable even after the perceived enemy from without came charging, seemingly purposely or it could’ve been serendipitously, to derail the discussion on GiE.

Dina Mufti’s statements came and went, the subject of GiE continues to captivate Eritreans the world over. A very hopeful sign, indeed, the demon-within is being dealt a deadly blow as it is finally outpacing the enemy-without. This dissonance is finally finding connecting points where the enemy-within and the enemy-without are being dealt spontaneously, thanks to GiE. There is yet another sociopolitical arena that needs to be addressed with a great deal of dispassion. The time for such a discussion will usher a path for GiE to move forward: The question of Tigray/TPLF/EPRDF needs to be disentangled.

There is a huge stop sign – explicit and implicit – that gets in the way when one tries to address the now six-month-old war taking place in Northern Ethiopia, where the Federal government is triangulating the Tigray province using the Amhara militias and a neighboring country, Eritrea in subduing TPLF/EPRDF (HIWHAT). When you enter this highly volatile world, there are several camps that merit identifying. There are those who claim to be Eritreans romanticizing TPLF/HIWHAT more than Tigrayans themselves. There are those Eritreans who see it as Ethiopian issue and the decision for Eritrea to enter the war theater is based on the man at the helm who has had his own personal reasons in wishing to see the TPLF leadership disintegrate. That appears to have been completed. HIWHAT leaders have been dispersed, some were apprehended, some were killed, and some others remain at large. It is a safe bet to state the obvious, HIWHAT is dead. Its epitaph should read: HIWHAT lived by the sword and died by the sword. Period. Eritreans need to focus on their own internal affairs so the epitaph of PFDJ reads akin to that of HIWHAT, hopefully, soon.

(HIWHAT is the Tigrinya acronym of TPLF, the main party within the deposed EPRDF coalition that ruled Ethiopia)

*** “Gaslighting typically refers to intimate relationships. It’s a way of controlling someone by creating false narratives – for example, that they are irrational or crazy. If such lies are repeated constantly, victims may get confused and start believing there really is something wrong with them. Confusion, diversion, distraction and disinformation can similarly be used to gaslight an entire society.”

***Amanuel Hidrat gives an excellent recap from the Press Conference in which Saleh Younis expounded upon what’s meant by ELF/EPLF schools of thought. I’m taking the liberty to borrow it word for word because that’s exactly what I was going to do after I listened to the first press conference that the GiE gave several weeks ago.