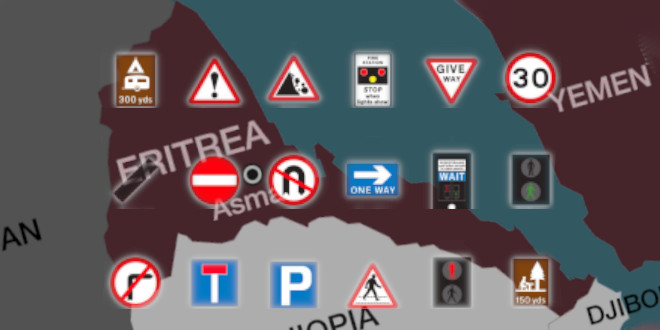 Since 2018, when the People’s Front for Democracy and Justice (PFDJ) regime removed its face mask and its leaders revealed their true intentions and hidden agenda to undermine Eritrean sovereignty. Eritreans have consistently pursued efforts to protect their national sovereignty and attempted to block the destructive project adopted by the PFDJ regime because the entire project has become clear to everyone; sceptics and regime supporters alike.

However, I firmly believe that the on the ground practices of the regime, since 1991, were self-revealing for any observer. Its efforts aiming to undermine the national sovereignty were running afoot and continued to eliminate the dream of Eritreans to establish a sovereign and developed country – a country in which every Eritrean could enjoy freedom and a decent life.

Although, the convoys of martyrs and prisoners did not stop over the three decades due to resolute struggle of the resistance forces, but the goal of change is not yet fulfilled. No doubt that the victory is overlooked from the perspective of regime’s erosion from inside and its shaking, which has exposed it to political resistance on the ground.

The people of Eritrea are closely following the recent and past developments, particularly the regime’s efforts to force indigenous citizens to leave the country. They are also pushing public opinion towards issues debated and closed in 1940s for being impossible to be achieved, through the Agazian and Neo-Andenet (union party with Ethiopia) to confuse Eritrean and to keep them going on in circles. At the same time, the regime is keeping Eritreans ignorant about the recent developments regarding relations between Eritrea and Ethiopia of which the people in the two countries only know the acrobatic actions of the two leaders.

The PFDJ regime primarily depends for its existence on the Eritrean-Tigrayan security gangs, top leaders of Eritrean defense forces, and the Diaspora alliance of Eritreans and Tigrayans in Europe, America, and Australia (vast majority of them obtained asylum claiming Eritrean citizenship and pay 2% tax for the regime).

Along this come the unforgettable diplomatic supports of some sectarian institutions that aimed to whitewash the regime and justify its aggressive practices in front of Western societies.

In light of the regime’s actions underway, aiming to contain the rights of the Eritreans to freedom and achieve real change, keeping them far from knowing what is going on, it would be useful for the public opinion to know the way out of this thirty-year old dilemma. Therefore, I would like to share the ideas below with everyone working for the salvation of the Eritrean people from the cycle of misery, and with all peace lovers.

On this occasion, I would like to remind the people of Eritrea in general, that the martyrs of the national resistance at home, in particular the Forto uprising, the movement of Freedom Now, the popular resistance in Eastern Eritrea, and all political prisoners opposed the repressive regime must be freed immediately. Eritreans must defend the dignity of their martyrs by rejecting the defamation of their images. The attempts by the Agazian and Neo-Andnet groupies who are trying to misrepresent them in front of the Eritrean public is an insult to our values and people for generations and must be confronted.

Eritreans must make sure Isaias does not see his dream come true by uniting their ranks on their own land and by practicing their national rights. His plans to destroy the or to deprive them of their right to live in peace, must be challenged.

Finally, I urge all Eritreans including the national forces to stand firmly united behind a single national project and pursue a united vision with a clear roadmap to get out of the dark tunnel in which we have been put by the false patriotism of the PFDJ leader and its affiliates. We have to struggle for “freedom now, not tomorrow.”