Recognizing Individuals: A Step Towards Transparency 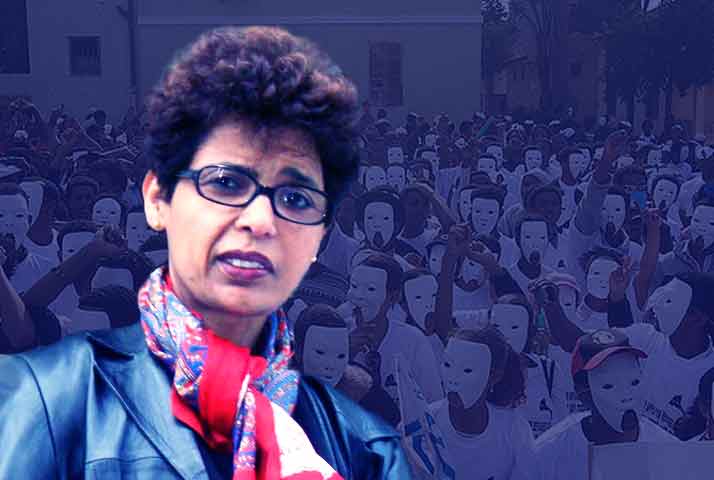 Let’s pause and consider ourselves and identify “who is who” among those who are making history, by being in the foremost list of activist leaders, in the quest of justice for Eritrea. In today’s Eritrean political mindset, many may feel discomfort when individual dissidents are picked from the crowds of justice seekers pool. Though these negative feelings have deep historical roots, justice seeking Eritrean must know who is who among them.

The struggle for independence has left a strong mark of purposely buried talents, creativeness and leadership. Promoting individual talent is considered nurturing individualism though from the outset, the revolution was designed to be a collective work. Every achievement was registered as a collective work, even when done by an identifiable individual; it is almost a taboo to credit individuals for what they do. Except for the supreme leader, an individual’s recognition for heroism, intelligence, talent, leadership quality etc., are often followed by an increased political suspicion. Soon, directly or indirectly, the individual becomes a victim of political silencing, fabricated labeling, and is often accused of treason. The fate that awaits  is either going to prison or getting killed systematically. To this day, hundreds of brilliant freedom fighters live unrecognized for that reason.

Organizations that do not appreciate the contribution of individuals systematically suppress anyone who is pragmatic and competent enough to bring a change within the existing system. And as the many talented individuals are silenced, institution fall prey to the whims of a dictator.  In addition, homogeneous thinking develops and hampers acceptance of diversified ideas. The result is a one-man rule, an authoritative or totalitarian system. In time, all powers are concentrated in the hands of one person in a manner that resemble a monarchy, as Saleh Younis elaborated in his article titled, The Eritrean “System” is a Monarchy (1).

Looking deep into the mindset of Eritreans, the society seems unable to reconcile its inability to accept talents. The doctrine of ‘the masses’ is still alive, within those who support or oppose the current Eritrean system. Individuals who become prominent because of their works are continuously targeted with harsh criticism and defamation. Worse, though such silencing campaigns are usually initiated by PFDJ security agents, some members of the justice seeking camp also apply the same style and disown individuals with outstanding performances. Thus, the justice seekers camp is under constant scrutiny.

Besides its psychological effect on individuals, failure to give due recognition is an impediment to identifying “who is who” within the pool of justice seekers camp. In parallel, it can hamper the establishment of transparent and responsible leadership. To avoid this shortcoming, it is wise to appreciate individual contribution so that it can have a motivational effect. Secondly, when the struggle succeeds, known figures could be good candidates to hold public positions that the society can entrust  them with. The case of Eritrea under the EPLF, and now the PFDJ, is a typical example: during the struggle era, everything was opaque; after independence, all public positions were occupied by unknown people. And that resulted in confusion, inefficiency, secrecy and corruption.

However, with the political shakeups and openness to democratic values, the Eritrean opposition camp is experiencing a new reality. Unlike before, individuals are being recognized and scrutinized more than any time before, and those who pass the political litmus test are coming to the surface as the creme. The contribution of some individuals is big enough that it cannot be simply ignored. Eritreans like Saleh Johar, Saleh Younis, Amanuel Hidrat, Amanuel Eyassu, Khalid Abdu, Amanuel Sahle, Selam Kidane, Meron Estifanos, Dr. Sara Okbay, Woldesus Ammar, Abba Musie Zerai, Gezae Hagos, and others are among the pools of those formidable individuals who are playing a great role in shaping our struggle for justice. If I had the necessary penmanship, I could not miss this opportunity to write about every individual and give them due recognition hoping the public add to it. If time permits, I will write about Amanuel Hidrat*, the unheard thinker who is continuously shaping our approach to struggle for democracy.

Some initiatives are recognizing individuals on different occasions. My take is to build on what is already done and add my testimonies. From what I referred so far, I found some information on this subject, for example:

The recognitions are just a start.  To build transparency, every Eritrean citizen should delve in deeper and research the individual’s contribution. There is no easy answer for such curious questions unless we have a whole picture of the activities accomplished by Eritreans across all sectors of the struggle. What we need to be cautious about is that the mechanism that every fighter uses is different and we need to give credit accordingly. Individuals may be human rights activists, political activists, politicians, analysist, dissidents, thinkers, philosophers, strategists, propagandists etc. Each role is different therefore, it is wise to know each of the activities. It is much easier to categorize Eritreans and recognize what they do based on their activities. I tried to make a tentative list of people who fall under each category and I observed different individuals in current struggle. Nevertheless, I preferred to choose one individual for further discussion: I have chosen Elyzabeth Chyrum.

It is imperative to define what human right is before dealing with a ‘human rights activist.  Human Rights is defined as: “The basic rights and freedoms to which all humans are entitled, often held to include the rights to life, liberty, equality, and a fair trial, freedom from slavery and torture, and freedom of thought and expression.” And any person or organization that works to that end is a human rights activist. In this category, Elizabeth Chyrum comes in the forefront. Without doubt, this indomitable woman has worked relentlessly on advocating human rights issues for the last two decades.

Elyzabeth Chyrum, who is commonly known as Elsa, is a prominent figure in the justice seeking camp. Horizontally, Elsa extends has a kind heart and she provides unreserved help to people who need it. And vertically, she knocks doors to urge every concerned institution, government and organization to hear the voice of the voiceless Eritreans. Her notable works  are enormous. For instance, her hunger strike outside the Djiboutian Mission to the United Nations in Geneva in support of 267 Eritrean refugees detained in Djibouti was a remarkable and unforgettable act (6).  An article published at Asmarino.com on 2009 has registered more than twenty achievements and gave credit to her role (7). Since then, she is continuing to add remarkable achievements. Her pledge to the United States to form a commission that investigates the human rights crimes committed by the PFDJ regime that were later described as “crimes against humanity” is her latest internationally recognized achievement. Elsa is the director of Human Rights Concern Eritrea (HRCE), a UK based nonprofit organization.

Though Elsa is doing a marvelous work, she is a target of criticism, defamation, insults and personal threats. It is obvious when PFDJ goes after her and her organization to try to silence her. What is worrisome is when forces that are considered part of the justice seekers go against her. I remember a harsh attack that was initiated by members of a political movement (now mostly members of Eritrean Solidarity Movement for National Salvation (ESMNS)) targeting her when she helped an Eritrean who was in danger when he personally contacted her. Though I believe that most of the slander targeting Elsa are on unfounded, and I believe she is not, as many might think, just against PFDJ, but I believe she is for humanity; she is for justice, dignity, mutual respect, rule of law, and accountability. That is why when she see a violation of human rights, she stands right to defend it. She is a jewel of justice where injustice is prevailing. Many will continue to misunderstand her noble work until justice and respecting human rights becomes the norms of our daily life. Until then, I doubt if Elsa will ever be saved from similar attacks. Sadly, today, individuals, institutions, organizations and governments are constantly violating human rights. Unless we are blessed with very rare individuals like Elizabeth Chyrum, human dignity will be tramples upon and atrocities will become the norm.

On this occasion, I salute Elsa. Bravo Elsa, vraiment super.

*Since 2009 (information available in his column Tebeges at awate.com, Amanuel Hidrat has written more than 40 Articles. Each article is a reference for scientific analysis. If we spent sometimes on his thinking for sure we will get a light on our path to democracy and governance.