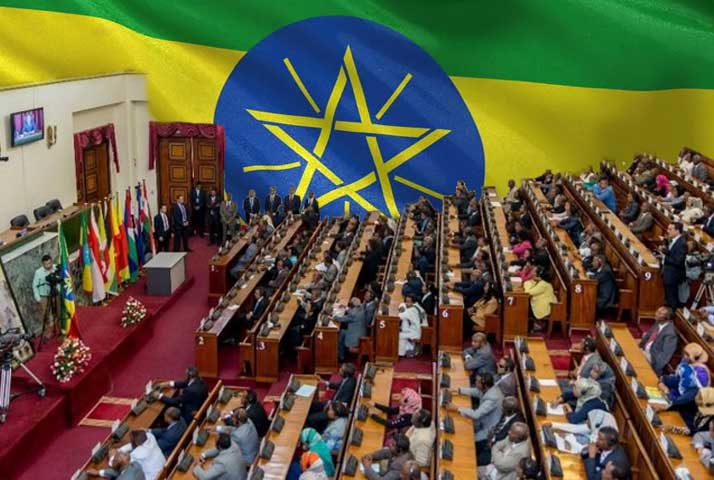 In a drastic overhaul of his government, Ethiopian Prime Minister Hailemarian Desalegn formed a new cabinet of 30 ministers. All previous ministers except nine left the cabinet.

On Tuesday, November 1, 2016, the Ethiopian parliament approved the new appointments to the cabinet which is believed to be the most ethnically diverse cabinet in the history of Ethiopia.

On October 31st, the government released around 2000 prisoners who were arrested after the declaration of the emergency law on October 8.

Nine of the newly appointed ministers are from the Oromia region, three ministers from the Amhara region, four from the South, and two from Tigrai region. The ministers also include one each from the Somali, Afar and Gurage regions. Three women were appointed as ministers in the new cabinet.

Three women were appointed as ministers in the new cabinet.

The formation of the new cabinet is a response to the unrest that engulfed the country for over a year, as well as, “a step to end appointments in ministerial posts based on party loyalty; the new cabinet is mainly made up of technocrats.”

Over the last six months, regions outside the capital Addis Ababa, specifically the Oromia and Amhara regions, witnessed violent popular unrest that claimed the lives of hundreds of people including in the Boshuftu festival incident on October 2, where dozens died.

Scores of foreign investment establishments were destroyed during the protests that initially started as an opposition to the Addis Ababa city Masterplan, which Oromo farmers considered a land-grabbing campaign to take their farms.

However, the protests that were initially a rejection of the Addis Ababa city master plan, developed into demands of political rights and national reforms. In addition, Ethiopian opposition, mainly the Diaspora groups opposing the EPRDF led a heightened campaign to agitate young Ethiopians, often spreading incendiary messages.

A considerable number of investment institutions were destroyed by the protesters, including factories, plantations, buildings, and vehicles. World Bank reports indicates, in 2015, foreign direct investment in Ethiopia reached $2.16 billion.

The Eritrean government funds some of the Ethiopian media outlets that operate in Europe and the USA. In 2013, Dr. Berhanu Negga, a leader of an Ethiopian Diaspora opposition group, stated that the Eritrean ruling party provided his group with $500,000 to support its media activities.

In response to the unrest, starting in September, the government has arrested thousands of people under the emergency law, and on October 9, 2016, it announced a six-month emergency law.

The Ethiopian electoral system allows parties with majority votes to win all the parliament seats, “now the government is planning to make it more equitable by allowing parties to win seats proportional to the popular votes that they get.”

Ethiopia’s President, Mulatu Teshome, and other government officials have indicated they will reform the current electoral system that denies the opposition of any chance to compete fairly.

All of Ethiopia’s 547 parliament seats are occupied by the ruling coalition party members. The opposition doesn’t have a single seat in the parliament.