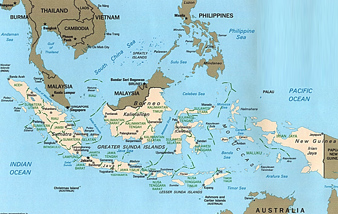 Eritrean refugees en route to Australia are stranded in Indonesia after their smugglers abandoned them when they learned Australian coast guard had intensified patrol of the seas.

The Eritreans, who originated from Ethiopia, Sudan and Saudi Arabia, are mostly youth escaping “National Service”, the mandatory military service which was originally designed as an 18-month service but has been extended for indefinite period of time.

Reached by telephone, the refugees said that some of them “carry several wounds” from the Eritrea-Ethiopia wars. Asked to account for all the Eritreans who were on the boat, they provide the following information:

At least five of the Eritrean refugees drowned in the Sea on their last leg of the trip attempting to sail to Australia;

18 Eritreans remain in remote places in Indonesia, 300 kilometers away from Jakarta, the capital city of Indonesia;

Some, who ran out of money, have turned themselves in to authorities and are detained 1,700 kilometers away from Jakarta;

A woman (name not given) and her eleven year old child are now living in a camp 2000 kilometers from Jakarta after they were released from jail a week ago;

A certain Mehret Woldu (age, description not given), has disappeared.

Indonesia is a large country composed of 17,000 islands and a population of 238 million.

Australia is quarantining illegal migrants and refugees in a remote island.

Persons who want to assist the refugees in Indonesia can reach them at the following numbers: